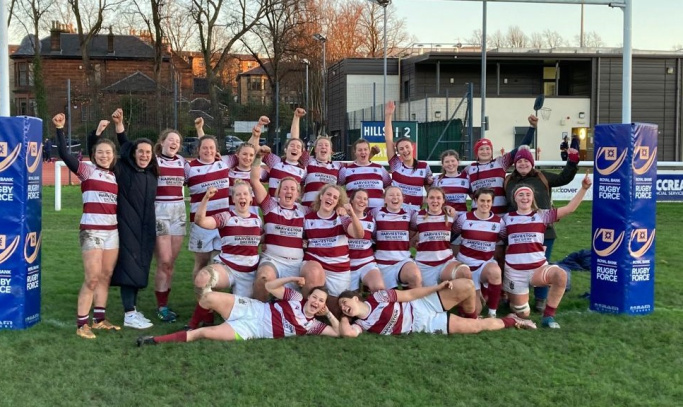 Fourth league win in a row...

The Women's XV are top of the table after nine rounds of 10 in the regular season after a 21-12 away win at previous leaders Hillhead/Jordanhill on Sunday afternoon.

Heading to Glasgow the team had won their previous three matches against Heriot’s Blues, Corstorphine Cougars and Cartha Queens Park, but they knew that winning at Hills - who had a couple of Scotland internationals back with 'Sonians missing Molly Wright and Hannah Smith - would need a step up in performance.

And Alice King and her charges provided just that, the skipper leading the way from No.8 with a hat-trick of tries. Centre Briar McNamara converted all three.

The team now have one regular season game left - at home to Stirling County on Sunday, November 28 at 2pm - before the title play-offs in early 2022.