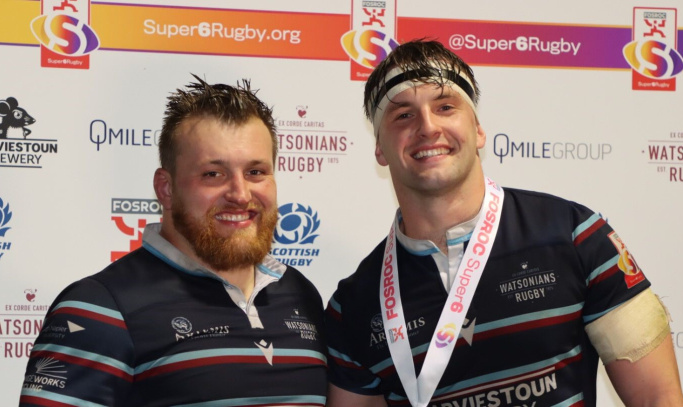 We report from Myreside...

The match got off to a slow start at Myreside and it took until the 23rd minute for the first points.

It was the home side who took the lead when 19-year-old South African-born Venter busts through to score a try. Stand-off Marc Morrison converted and it was 7-0 to the hosts.

Just before the half hour mark a well-worked lineout drive saw Glasgow Warriors’ Murphy Walker, the tighthead prop, score for County with full-back Craig Robertson converting to make it 7-7.

Venter’s second try of the evening, with Morrison once again adding the extras, made it 14-7 to the hosts after 35 minutes.

And it was to get better for the Edinburgh men when scrum-half Reiss Cullen added a third converted try on the stroke of half-time.

Stirling came out of the traps flying in the second half and reduced the deficit to seven points in the 48th minute thanks to a beauty of a try.

And four minutes later centre Archie Russell scored a solo effort, but the conversion was missed by Robertson and Watsonians were still 21-19 up.

Despite both sides giving it everything no more points were scored as Fergus Pringle’s men held on.

Squad named to take on the Bulls in rematch