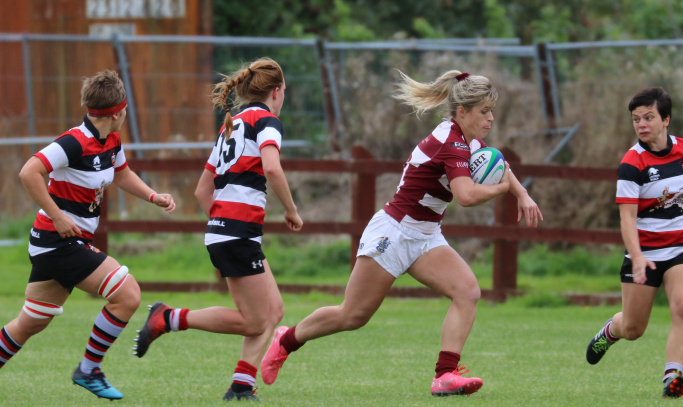 WFC Ladies XV stars Megan Gaffney and Hannah Smith have been rewarded for their excellent starts to the Tennent’s Premiership season by being named in the Scotland Women’s squad that will head to South Africa later this month.

Backs Gaffney and Smith have helped ‘Sonians Ladies XV to the top of the table after four wins from four and are joined in the squad by Panashe Muzambe, who is dual registered with Edinburgh University, and Lana Skeldon who left the club in the summer to join Darlington Mowden Park.

Helen Nelson has been named tour captain and three new players have been introduced to the squad, Canadian-born Christine Belisle from Cartha Queens Park, Sarah Denholm (Edinburgh University) and Anne Young from Hillhead/Jordanhill.

Head coach Philip Doyle said:“I am really excited to see what this squad can produce in South Africa. We have had two very successful training camps with large numbers of players involved. There are a lot of experienced players who have not been selected for this tour. Selection has been tough and this is due to the increasing standards of all players.

“This can only bode well for the rest of the season and shows the depth that we are able to add to the squad.

“I am using this tour to very much look forward to the future and bring these three new players on the journey with us.”

Scotland will play two test matches in Cape Town against South Africa. The first will be on Monday, September 30 at 2pm (BST) followed by the second test on Saturday, October 5 at noon (BST).

Well done to Megan, Hannah, Panashe and Lana on their selection.