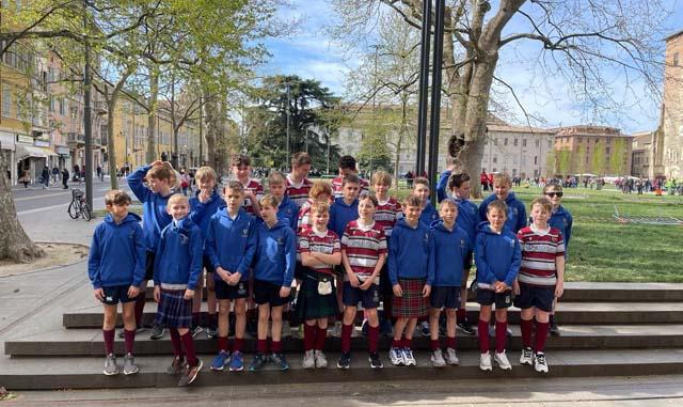 The future of the Club have been representing us on the European Stage...

23 P7 boys and their dads flew to Milan on Friday 8th, April, to play in the inaugural Massimo Cuttita International Challenge, a tournament organised by Sergio Ghillani in honour of his close friend and 69-time capped Italian prop Massimo. The Italian International had very close ties with Scottish Rugby, coaching at Edinburgh Rugby before spending six years as the national team's scrumming coach.

Pre-COVID pandemic, Sergio and Massimo had continued the link between Italian and Scottish rugby by inviting Stew Mel Lions to play in a tournament in Northern Italy for several years. Following Massimo's death, Sergio decided the best way to honour his friend was with an expanded tournament.

After months of planning and coordination, 48 Italian teams and 2 Watsonian Warriors teams would take to the field in Parma, home of Amatori Parma Rugby and Zebre.

On Saturday, April 9th, proceedings began at midday with a parade through the stunning centre of Parma from the Pilotta Palace to the Palazzo del Comune. In our honour, a pipe band led the procession from Verona! 4 of our boys also took their pipes to keep the middle section of the parade entertained.

When we reached the Palazzo, it became apparent that we were very much guests of honour along with the Cuttita brothers Marcello and Michele! Speeches were made, gifts were exchanged and pipes were played. The boys, in particular, loved it.

After all the festivities were completed, it was time to get back to the ground to play some rugby.

Initially, we wondered if we were at the wrong tournament as everywhere we looked, there were big Italian boys. It turned out Italian rugby had changed their age groupings from U12 to U13 that year, so the players were up to 2 years older. The Italians play different age-grade rules to make things even harder, allowing tackling above waist-level and mauls.

The rugby was tough. However, both our teams gave an excellent account of themselves, winning fans with their style of play. Not surprising to hear, but the Italian teams loved a maul!

There then followed what the Italians call the "third half". This seemed to be the very heartbeat of Italian rugby – the chance to meet, eat and drink with other players and supporters. The boys represented WFC wonderfully. For their part, all the Italian players were a credit to their clubs and country – respectful, polite, friendly and inclusive. We were very impressed.

With the 3rd half done, the boys played rugby in the dark for another couple of hours while some of the dads pushed through the 4th and, in some cases, 5th halves! What goes on tour will stay on tour! 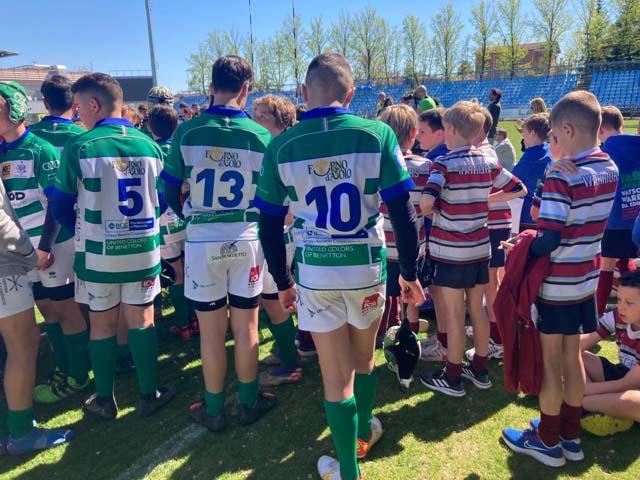 Sunday morning came too soon for some, but the boys couldn't wait to start day two of the tournament. There were a few injuries on Saturday, so this coach decided to tell the Italian team coaches that touch rugby would be the order of the day, only to be sent back 10 minutes later after a player-led revolt to cancel that plan. The boys were there to play, and they certainly did with all the games finishing close, winning one and being robbed in one. Interestingly, the only game needing a safety time-out was the game played between the 2 Warrior squads!

The boys got on very well with the local Parma team and became their international fan club. The Parma players will likely never forget the scene of scoring the winning try against a rival team with the try-scorer sprinting along the in-goal area, high-fiving all the delighted Scottish boys. It was a heart-warming moment when the two teams came together after the final whistle. Friends made. Rugby at its best.

The pipes were out again before the final, played in the Zebre stadium. It turned out one of the finalists was a team from nearby Modena called "Highlanders".

They are very proud of their Scottish connection and even had the Saltire flying and pipes play them onto the field. We had not met up with the team before but would meet with them after the final, another great team.

The Highlanders played Benetton in the final. The standard was very high, but neither team could get over the whitewash ending with the trophy being shared.

The dads' favourite cultural experience began again when the 3rd half commenced once more. Again, our party were truly treated like royalty and our cash was no longer accepted.

We want to send a very special thanks to Michele, the club president, and his wife Alessandra, just two of the several club volunteers who worked tirelessly from dawn until the following dawn to make everything work perfectly. Their hospitality was incredible and a standard we must attain here if they come to visit. 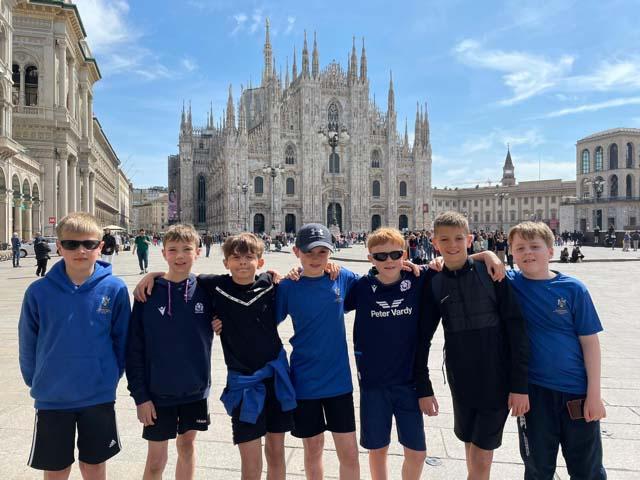 On Monday, we headed North to Gardaland, an adventure park on the shores of Lake Garda that had something for everyone, but particularly those that like speed and vertical drops! What a day.

Then we said goodbye to Parma on Tuesday and headed to Milan to spend a most enjoyable few hours in the Cathedral area before heading to the airport.

What a way to finish mini rugby. The memories will last a lifetime. Sergio hopes to get several Scottish clubs to play next year. Who knows, if the P7s don't fancy playing against the big boys, maybe we'll be back!

A very special thank you to Sergio Ghillani for arranging the Massimo Cuttita International Challenge and the countless volunteers and hosts we met. This occasion will live long in the memory of our players and the travelling adults, whom the trip wouldn't have been possible without. 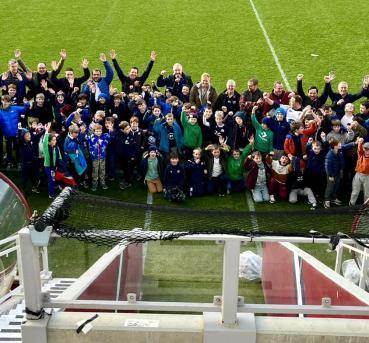 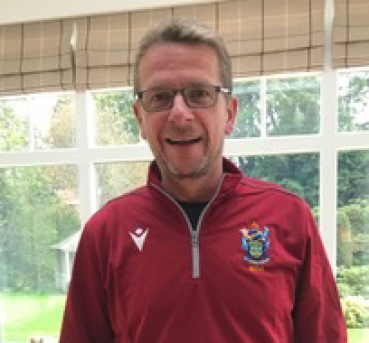 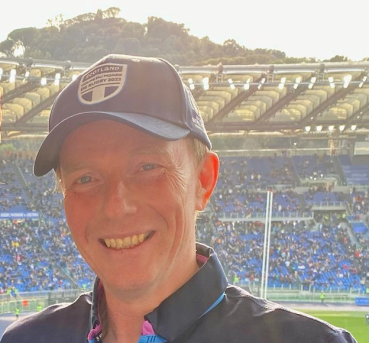 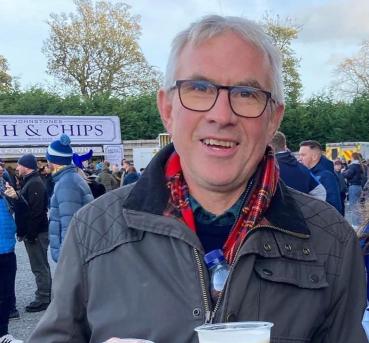