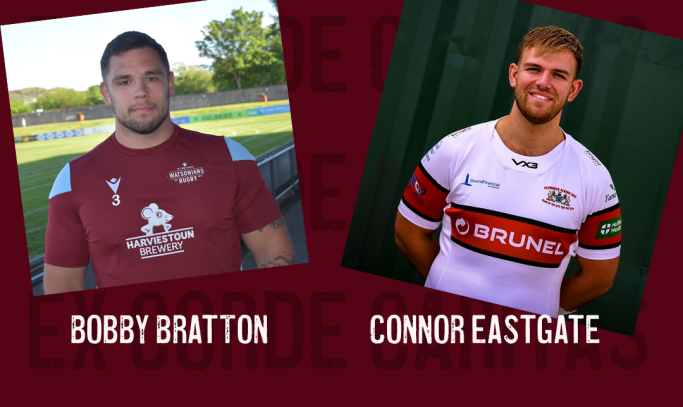 After long term injuries have ruled players out Fergus Pringle has added two new names to the Super 6 Squad.

Watsonians Super 6 squad has been bolstered by the arrival of Bobby Bratton and Connor Eastgate.

Bobby Bratton is a Scottish qualified prop who replaces Natan Borel, who takes a step back from rugby.

Connor Eastgate can play at Fly-Half, Centre and Fullback and joins to add depth to the backs after a long term injury to Scott King.

Bratton arrives in Edinburgh from National 1 Tonbridge Juddians in the southeast of England, a region where he has spent most of his career.

While Bratton has spent most of his career south of the border, he has represented Scotland at under-19s.

The Fly-half qualifies for Scotland through his grandmother and has represented Scotland at U20s and was a stand out in the 2017 U20s World Cup.

On the new signings, Head coach Fergus Pringle said, "We're delighted to have Connor joining Watsonians. He'll add real quality to the squad and brings attributes that will really benefit the playing group. He's been involved in National age-grade squads previously and is exactly the kind of ambitious player that we want to attract to the Fosroc Super 6 competition."

The Head coach continued saying "We're excited to have Bobby join us at Watsonians. He's developed well over the past season and we're looking forward to seeing how he progresses further in Fosroc Super 6. The sprint competition has highlighted the need to identify and nurture the next crop of young Scottish Qualified props coming through and Bobby fits that mould."