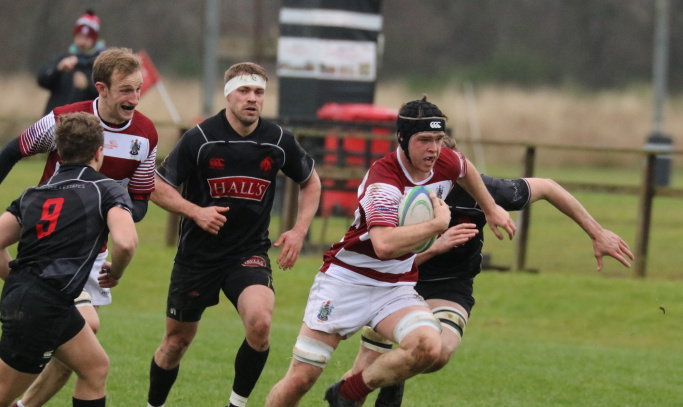 We catch up with 1st XV player Tom Richardson...

Over the next two weekends the 1st XV have two big home games in Tennent’s National League Division One when they take on Boroughmuir and Ayr at Myreside.

To date the side have won all of their home games against Dundee HSFP, Stirling Wolves, Highland and Kelso and two recent losses on the road have meant that they are keen for a fifth Myreside triumph come Saturday.

It will not be easy though, the ninth placed ‘Sonians taking on a Boroughmuir side who are 11th, but who earned an important losing bonus point against Heriot’s Blues last weekend.

A consistent performer so far this season for Watsonians has been second-row Tom Richardson, indeed he has impressed the coaching unit headed up by Bruce Ruthven so much that the 20-year-old captained the side in the absence of Chris Bell last time out.

So, how did Tom end up at Myreside?

“I began playing when I was younger at Hutchesons’ in Glasgow and also played at GHA whilst growing up,” he explained.

“It was really during a year living with my family in France that I really started to love rugby. I was 11 at that time and the game days were amazing at the local club because it would build up from the junior games right through to the senior first XV.

“After school I headed through here to Edinburgh to study [in the summer of 2017] and I joined Watsonians then so I am now in my third season with the club.

“I came to Watsonians because a coach at GHA Euan Clark [a former ‘Sonians player] knew Steve Lawrie and advised me it would be a good place for me to continue my rugby.

“Over the last couple of years I have certainly enjoyed it, building my way up from the 3rd XV into the 1st XV now and this season has been a great challenge.”

Tom, who is in his third year at Edinburgh University, believes the team can keep the good home run going this weekend.

“With two home games now coming up we are very focused on continuing to do well at Myreside,” he explained.

“This is a young squad and it has taken us a bit of time to gel, but we know that on our day we can compete with all the teams in this division and we are growing as a group week by week.

“Second-row has been a new position for me this season and I am learning about it all of the time, but getting the chance to captain the team at Biggar was a real honour despite the defeat [40-7].”