Auld Alliance as strong as ever - and WFC make French press! 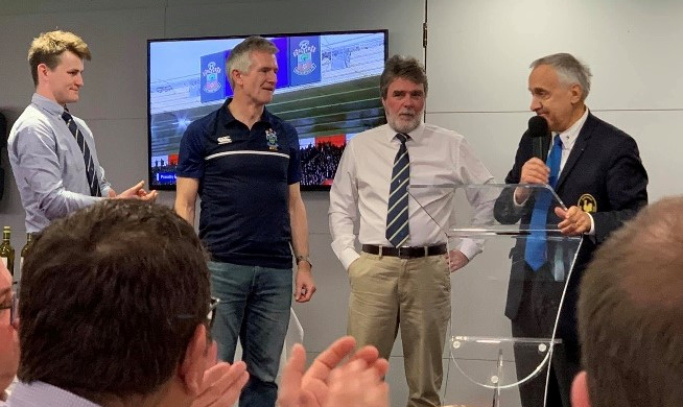 Hear about a young Watsonian side taking on an under-19 side from the Pays de Loire region of France...

A young Watsonian side welcomed an under-19 side from the Pays de Loire region of France to Myreside on the morning of Sunday, March 8.

The French side had won a tournament organised by the Amicale des Six Nations, who are an association of ex-players, referes etc who have their headquarters in Paris. Every year they hold tournaments in the regions of France, and the eventual winners are taken to an away International match. We hosted a side at Myreside four years ago.

Our visitors were a bit too strong for us, but the game was played in great spirit, and a few jerseys were swapped after the game. Pay de Loire were presented with a club plaque, and they passed over a pennant and some ties. A lunch was held in the Gorgie Suite at Tynecastle and a raffle held. The proceeds (still to be counted) will be going to the Euan MacDonald Centre for MND research.

Thanks go to Fergus Henderson and Aly Campbell for raising a side on an International Day (no mean feat to get them there for at 9.30am in the morning!), Dave Boyle for all his help at Myreside, Ewan Roberston, who did a great job refereeing on the day and Carla Grierson and all at Hearts, for the use of the stadium and great service on the day.

The match even made the French press (see below)! 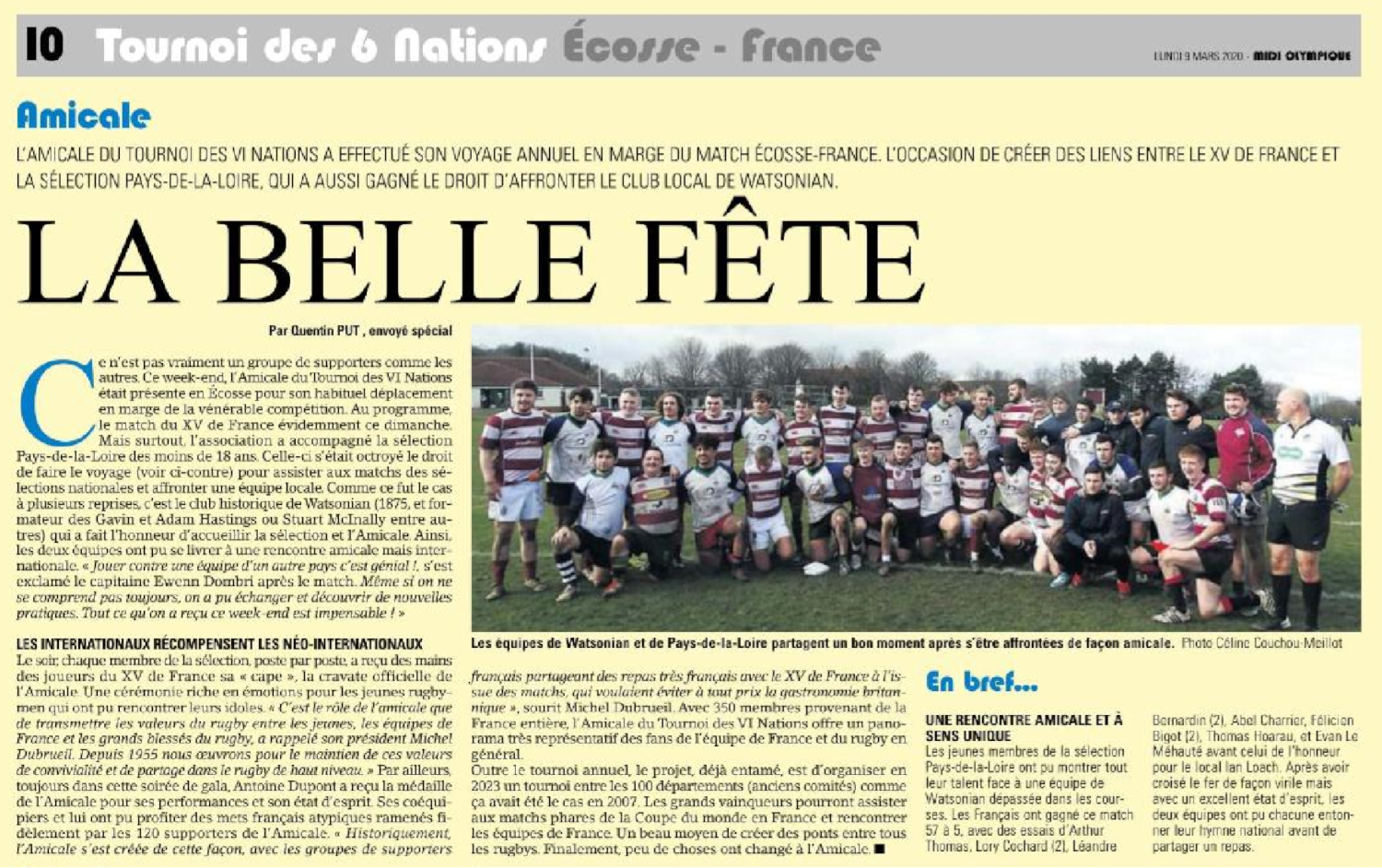 The 2019/20 domestic season will not be recommenced

​WFC offering support for the community