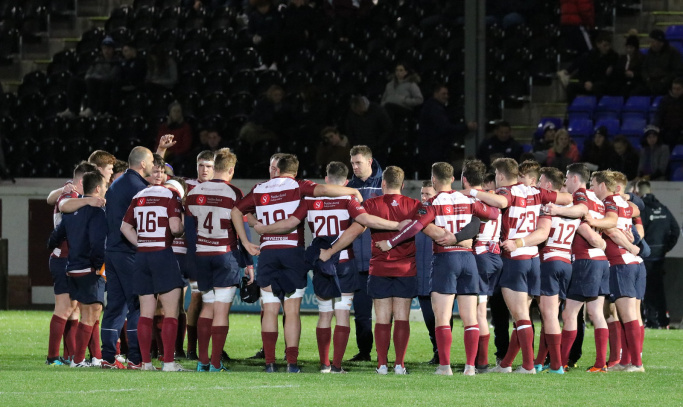 We catch up with Super6 player Lee Millar…

The FOSROC Super6 season begins on November 8 when Boroughmuir Bears host Stirling County and the next day Watsonians are away to the Southern Knights in Melrose.

It has been a long pre-season for the 35-man WFC squad under the watchful eye of coaches Fergus Pringle, Nikki Walker and Richard Snedden, but last Friday the team had their first outing in a friendly against Heriot’s.

The team came out of the blocks flying, leading 12-0 after the first period of 20 minutes thanks to tries from Angus Guthrie and Lewis Berg with Lee Millar adding a conversion.

Heriot’s fought back in the next 40 minutes, but after the hour long match ‘Sonians won 24-19 thanks to further tries by Guthrie (2) with Millar kicking one more conversion.

This Saturday the squad continue their preparation for the exciting domestic season with a visit to Bridgehaugh to take on Ben Cairns’ Stirling County Super6 squad.

And stand-off Millar, who recently turned 28, is looking forward to it.

The former Moray, Gala, Rotherham Titans and London Scottish playmaker said:“Pre-season has been going really well an it has been great to get the majority of the Super6 squad together in recent weeks and really start to get some game shape going.

“A lot of the boys involved in Super6 were at the club before while the others who have come in have fitted in rally well and there are some quality players throughout the group.

“We have been enjoying working under the coaches and really putting in the hard work week in and week out that will help us when the competitive fixtures start coming thick and fast.

“The run of friendlies that we are currently in is exciting for us all because it means that the season is just around the corner and we really want to gain some momentum before we travel to face the Southern Knights.

“We have also been enjoying watching and hearing about how the other teams in the club have been getting on in the early weeks of their seasons and there is a great buzz about the club just now.”