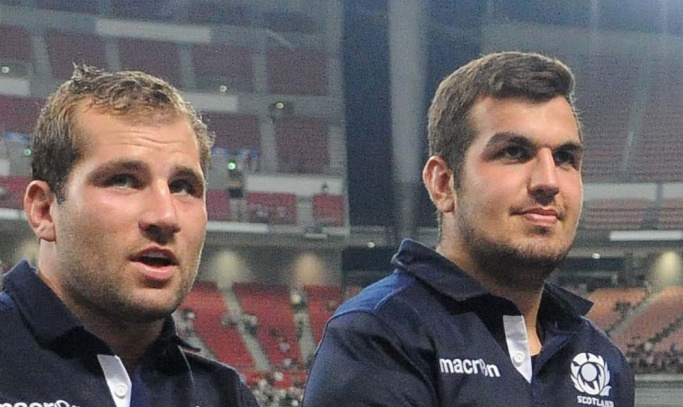 Congratulations to former Watsonians players Stuart McInally, Fraser Brown and Adam Hastings who have been named in the Scotland squad for the Rugby World Cup in Japan.

Darcy Graham, who played for the club in the pro draft last season, and Super6 Specialist Coach WP Nel are also in the 31-man squad that was named by head coach Gregor Townsend on Tuesday at Linlithgow Place.

To make the maroon and white feel even stronger in the squad, hooker McInally has been named captain, a great honour.

A decade ago McInally, now with Edinburgh Rugby, and fellow hooker Brown, now with Glasgow Warriors, were making their way in senior rugby with WFC and both looked at home in the first XV even though they were still teenagers.

At that stage former Merchiston Castle School pupil Brown, now 30 and with 42 Scotland caps behind him, was a hooker and McInally, now 29 and 29 appearances into his international career, was a back-row before he transitioned to the middle of the front-row. 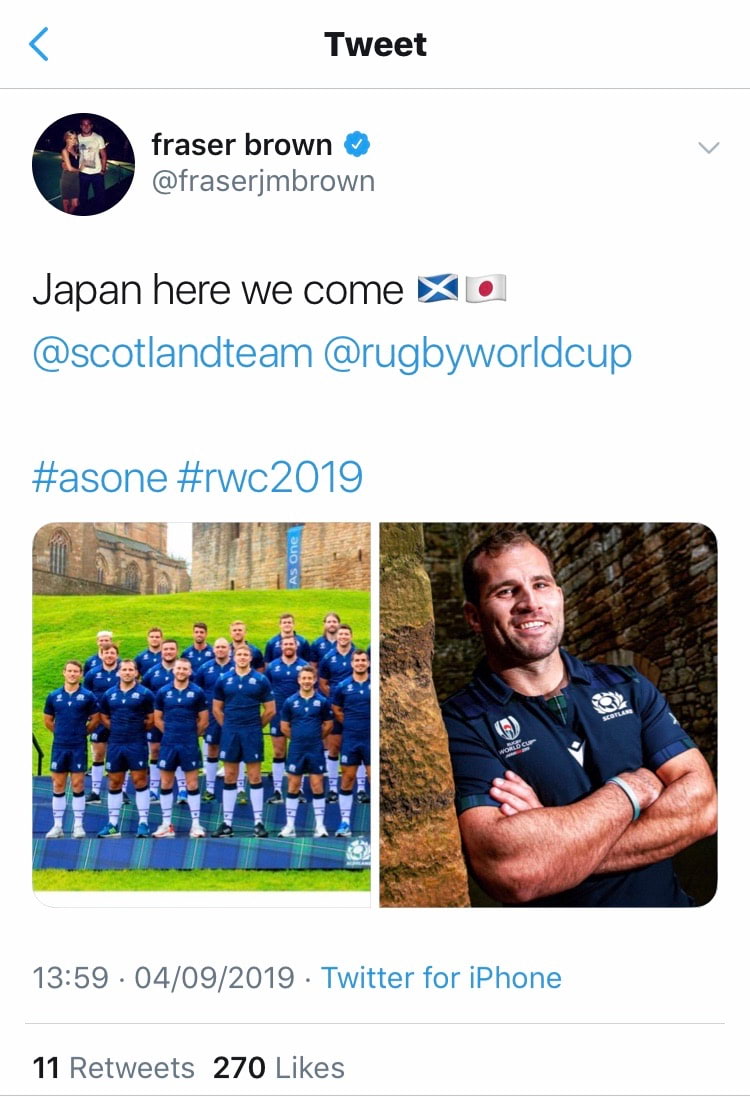 On being named captain, McInally, who was at GWC and was head boy and first XV rugby skipper, said:It’s a really proud moment for me, especially after what happened at the 2015 World Cup.

“Back then I got selected and had to pull out injured, so it was a real mixture of emotions. I look back on that 2015 World Cup with some pretty sore memories of having to watch the game from my sofa with a sore neck, so this time it’s great, to know that I’ve made the 31 and to be chosen as captain is a real confidence booster for me.

Hastings, the 22-year-old Glasgow Warriors stand-off, has 13 caps to his name to date and follows in the footsteps of dad Gavin and uncle Scott of making it to the showpiece event.

Adam (pictured above) was at GWC until he went south to Millfield and before going on to star with Scotland under-20s, Bath, the Warriors and now the full national team he played in a few sevens tournaments for WFC.

“I am just delighted to be chosen and can’t wait to get to Japan.”

Graham, the 22-year-old winger from Hawick, will look to add to his six caps in Asia while tighthead prop Nel - the 33-year-old with 31 Scotland appearances behind him - will be key at scrum time.

Head coach Townsend said:“We really like our squad, it’s a combination of experience and youth. There are a lot of leaders there who have captained Scotland in successful games. 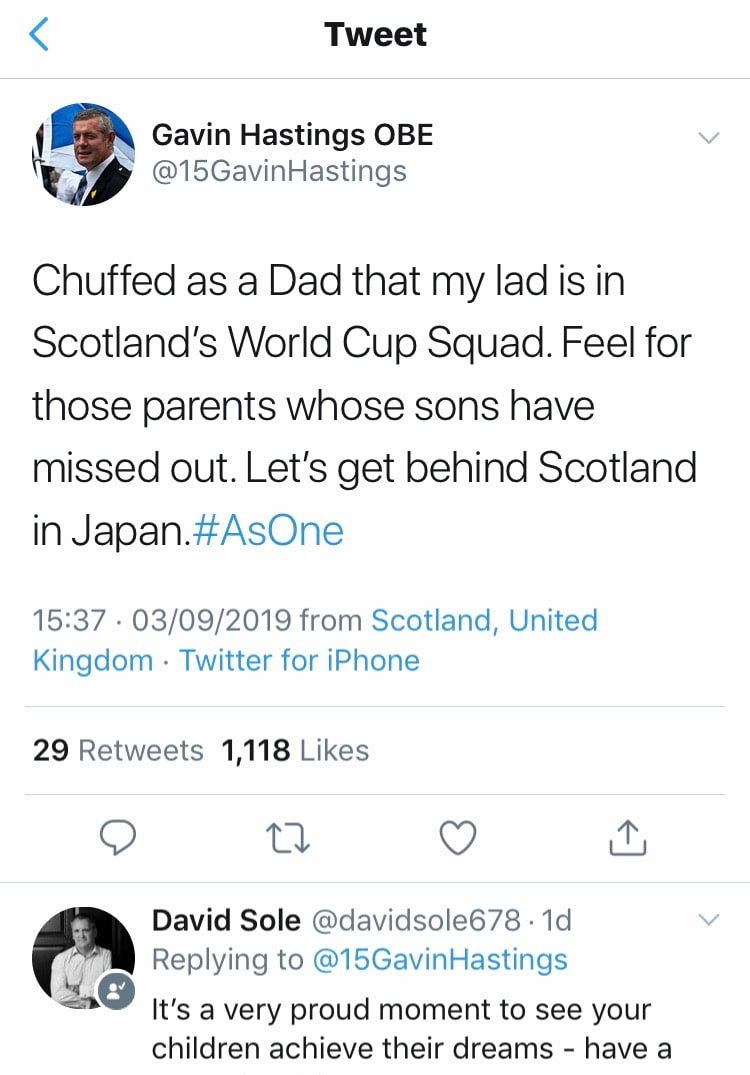 “We have looked at players who will work hard, who’ll take the game to the opposition and who won’t be fazed by any challenge they’ll face out in Japan. We also looked for players with strong defensive attributes. We believe this squad has a much stronger defensive feel to it.

“The players have to have an all-round game, but winning teams are based on strong defences.

“We need to do that against Ireland [in the opener on September 22] and keep that going throughout the tournament.

“When we play to our best we are a match for any team in the world.

“We have a stronger squad now than we’ve ever had. We’ve never been in a better position over the last few years to play at our best.”

Good luck in Japan lads, we are all proud of you and the whole of WFC will be cheering you on. 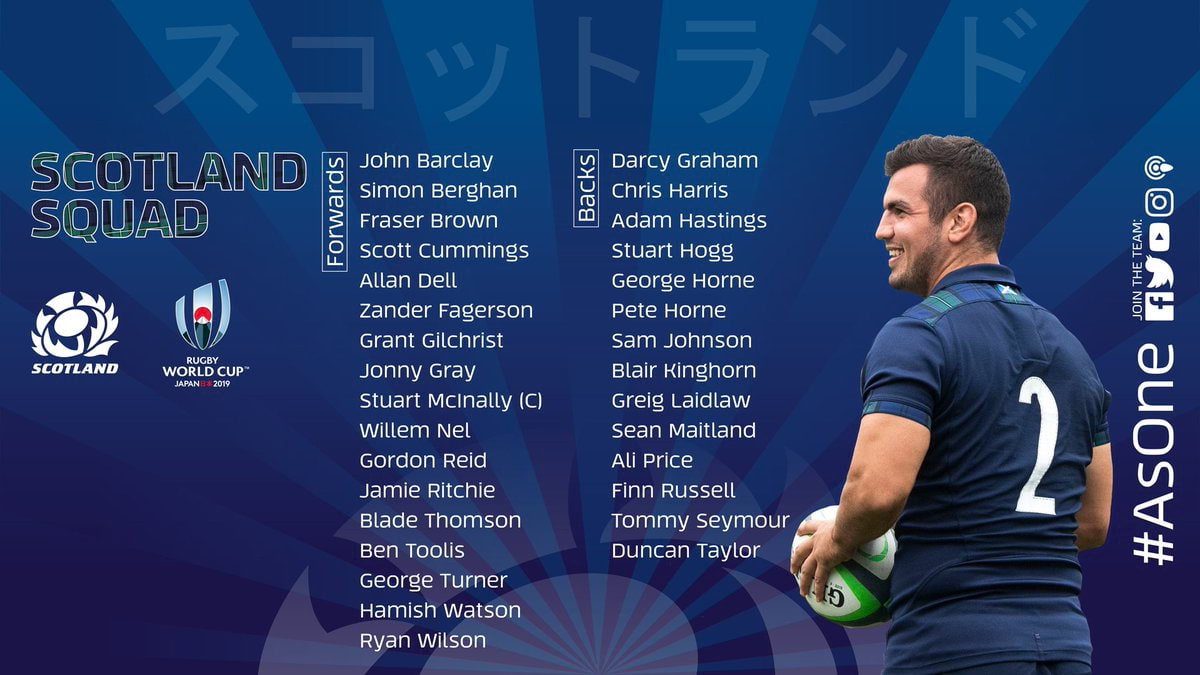 1st and 2nd XV matches off, Super6 friendly still on

Jump into the new year at Myreside on January 11

All weekend matches off