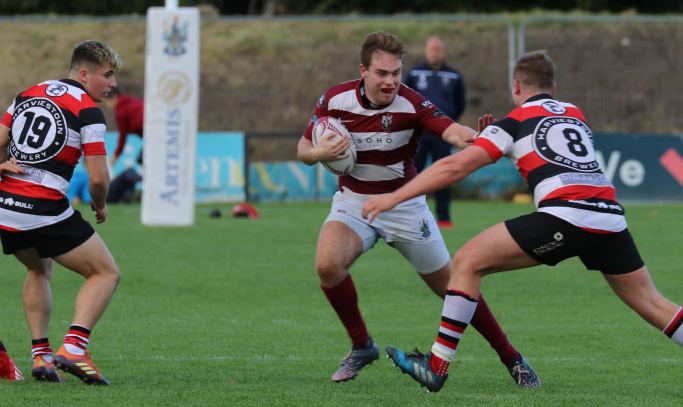 The Club XV are back at Myreside for their third home match of 2019/20 against Highland this Saturday - and Kerr Stoddart is looking forward to it.

Having played for the GWC school first XV on the stand pitch during his school days, when the 22-year-old returned to the capital from his time studying at Glasgow University during the summer a return to Myreside was always on the cards.

And, having played a handful of games for the club during his student years, utility back Stoddart is enjoying getting a run of games in in the Club XV in Tennent’s National League Division One.

He said:“We didn’t feel like we played that well at Cartha last week [in a 24-12 defeat] and we are keen to put that right this weekend.

“In the first half we just let Cartha bully us a bit and I think as a young team we just have to learn to step up to the challenge every week and I know we have enough talent in this squad to compete in the league.

“We all love playing at Myreside and it gives us a great buzz, we have won our first two home games of the season against Dundee and then Stirling County so hopefully a good crowd will be down this week and can cheer us on to another victory.”

In the 30-29 win over Stirling County Wolves a fortnight ago, teenage skipper Chris Bell held his nerve to kick a last gasp penalty.

Stoddart said:“That gave us a real confidence boost and it is amazing to think that I actually feel quite old in this team given we have so many young guys!

“That is exciting for us though because we can grow as a group and we have shown at times what we can do. We are working hard with the coaches in training and we all want to do well.

“Highland are a good side, they beat us in the Cup, so we will have to front up and take the game to them if we are to get a positive result.”