It has been some 524 days since a Watsonians team played a home match and everyone is excited ahead of this Super6 round two clash after a win at the Ayrshire Bulls on Sunday.

The backline remains the same for the visit of County meaning that try scorers from round one - Harvey Elms and Jamie Forbes - are at 11 and 15 respectively.

In the pack, Steven Longwell comes in for a debut at tighthead prop while Ross Graham, who came off the bench last time out, joins him in the front-row and is named Vice-Captain to support skipper Lee Millar.

The other changes in the forwards see former Scotland under-20 second-row Kieran Watt line-up alongside Michael Badenhorst and Connor Boyle, who impressed many whilst playing for Watsonians Rugby in 2019/20, released by Edinburgh Rugby to start in the number seven jersey.

On the bench new boy Marc Morrison is primed for a debut while FOSROC Contracted Academy Player Roan Frostwick is available and Edinburgh Rugby's 19-year-old centre Jordan Venter is also there.

Head Coach Pringle said ahead of the match with a County side that drew 24-24 with the Southern Knights in round one: "While very pleased with the outcome down at Ayr, we know we have some things we need to get right in order to put in a strong performance against Stirling. Stirling have a strong set piece, highlighted by scoring three set piece tries against the Knights in game one. They’ll be well organised and we need to be switched on to anything they throw at us.

"Our focus is building on our performance against Ayr, improving key areas of our game and striving for a strong 80 minute performance in our first home game of the season."

Everyone must buy tickets for this match before attending due to current restrictions, more information here 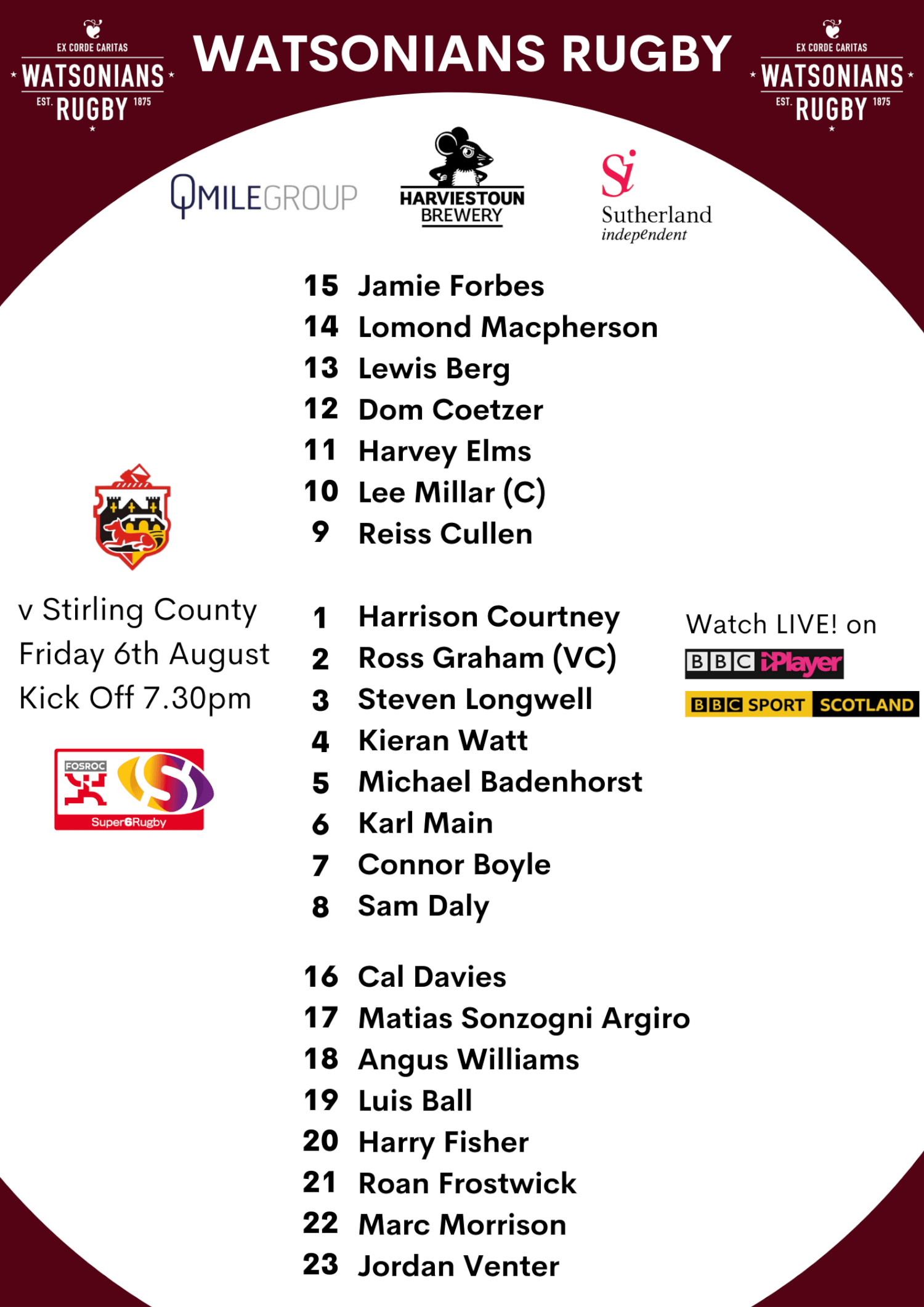