'Sonians let's get behind the The Grand Slam Celebration dinner 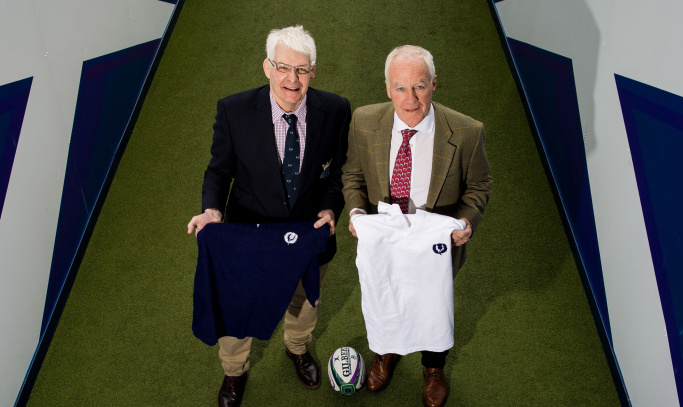 Scotland’s Grand Slam winning teams of 1984 and 1990 will come together for the very first time at a unique dinner to raise money for rugby players who have suffered life changing injuries.

Of course here were Watsonian connections in both sides with current club president Euan Kennedy and David Johnston involved in ‘84 and Gavin and Scott Hastings involved in ‘90.

The Grand Slam Celebration dinner, which will take place on Friday, May 8 at the Edinburgh International Conference Centre, will raise awareness and funds for Hearts + Balls. The event will mark the 30th anniversary of the 1990 Grand Slam win.

Jim Calder, who scored the winning try in Scotland's 21-12 victory over France at Murrayfield in 1984, which gave Scotland its first Grand Slam since 1925, was joined by his brother Finlay, the flanker who helped Scotland to glory in 1990, at the dinner’s launch at BT Murrayfield recently.

Jim, who never played in the same Scotland Test side as his twin, said: “It might have been 36 years ago, but sometimes it feels like yesterday. It was just tremendous to have been involved in such an iconic moment in Scottish Rugby. My only small regret is that I wasn’t able to play here with Fin in 1990!

“Both teams are looking forward to getting together to compare stories and have a bit of friendly debate about which team would have won had we ever played each other. Rugby provided some of the best moments of our lives, so it’s important we all come together to raise funds to support rugby players and their families during times of need.”

Full squads from both 1984 and 1990 will be in attendance at the event which will be hosted by Dougie Donnelly, who was an integral part of the TV coverage in both 1984 and 1990, and features music from 1984 Grand Slam winner John Beattie and his band.

Since Hearts + Balls was founded in 1999, it has provided more than £650,000 to rugby players who have suffered serious injuries. The support has ranged from property conversions to counselling.

The charity’s chairman Kenny Hamilton said: “This event and the generosity of Scotland’s rugby community will help Hearts + Balls continue to make a real and lasting difference to those who need it most, and to help support initiatives to make the game we all love as safe as possible.”

Hearts + Balls is currently collaborating with Scottish Rugby on a major injury prevention strategy and is working to support the growth of wheelchair rugby.

Thanks to Scottish Rugby/SNS for the photos 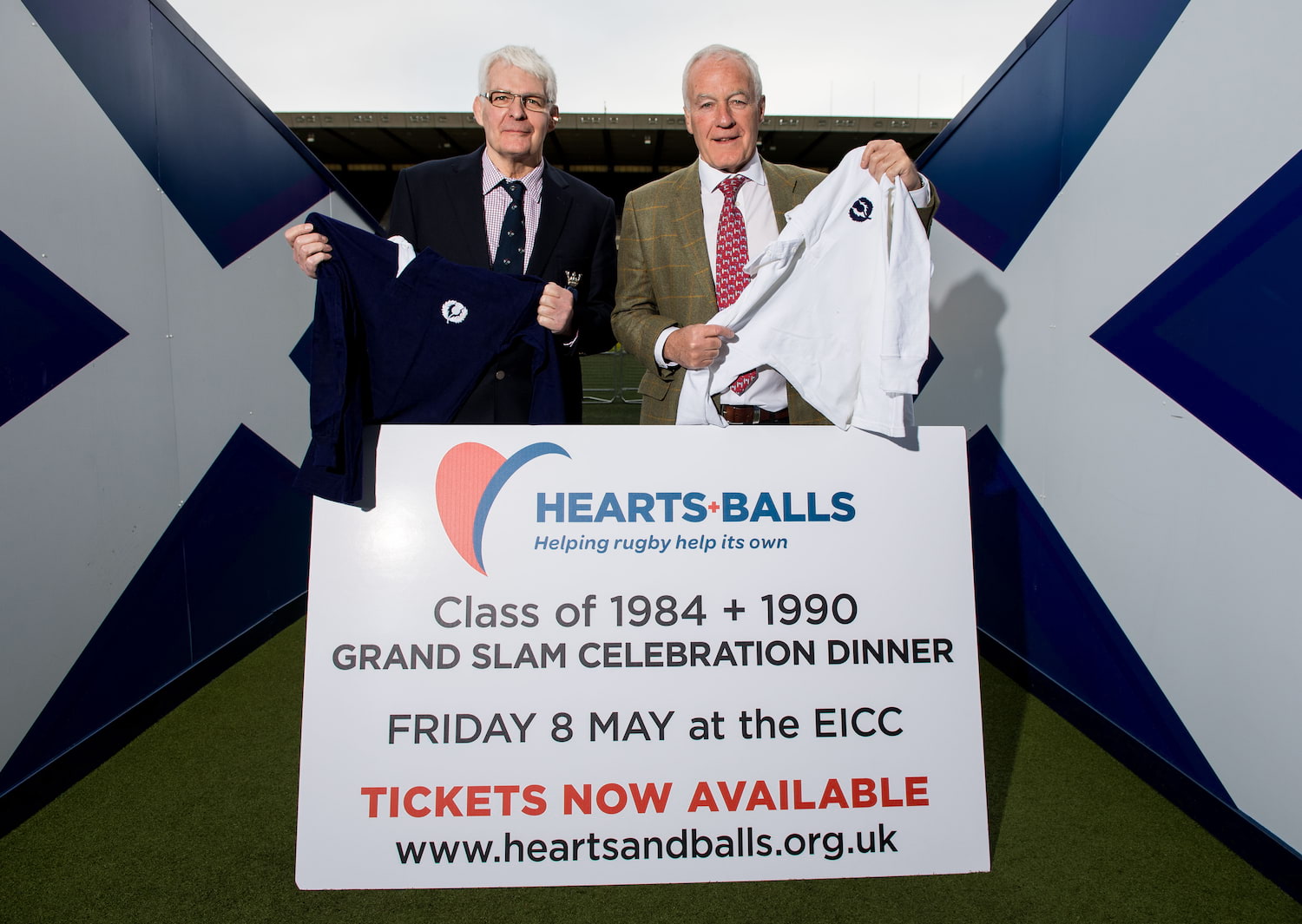