Ladies XV player Panashe Muzambe has paid tribute to her team mates and coaches at Watsonians for helping her achieve her dream of earning a full Scotland cap.

The 23-year-old back-row - who is also learning how to play front-row - has had a whirlwind few years from being a basketball player to turning out for her country in one of the biggest and best stadiums in world rugby.

Panashe, who is originally from Zimbabwe and moved to Edinburgh with her family in 2009, came off the bench for the final few minutes in Scotland’s final game of the recent Women’s Six Nations against England at Twickenham.

And while the result was a tough one to take, England winning 80-0 as they completed a well deserved Grand Slam, it is an evening that Panashe and her family will not forget in a hurry.

“I grew up in Harare and Marondera in Zimbabwe and then we all moved over here about a decade ago,” Panashe said.

“At that time basketball was the main sport that I played and I really enjoyed it while I was at St Augustine’s High School.

“Then I went to Napier University to study for a degree in sports science and I was introduced to rugby then and never really looked back.

“I loved university rugby, but wanted to play more so I joined Watsonians ahead of the 2017/18 season. That was a really big thing for me and playing regularly in the Premier League and the Sarah Beaney Cup meant I was learning all of the time.

“I still have a long way to go and the first cap is all part of a massive learning curve, but without my team mates and coaches at Watsonians I would not have earned international recognition."

I am forever indebted to my WFC team mates and coaches and I know I would not be here talking now as an internationalist if it was not for them.

“They welcomed me into the group with open arms, they helped me to learn the game while I have also made some great friends along the way at Myreside.”

While she was starring for ‘Sonians in 2017/18, Panashe was also part of the wider Scotland squad with then head coach Shade Munro - who moved on after the Six Nations - casting his eye over her.

“In the Scotland environment I just took everything in over the months and tried to get better,” the player who turned out for Saskatoon Wild Oats in Canada last summer said.

“You never know when your chance with Scotland will come. I was 24th/25th player against Spain in January and against France during the Six Nations and those trips helped me get in the right frame of mind for when my chance did eventually come.

“I was an extra player again against Wales in round four of the Six Nations and then to be told by Shade that I was going to be on the bench for the England game was amazing.

“To be out at Twickenham singing the national anthem is something that will stay with me for a long time. I have not been playing rugby that long, but whenever I get the opportunity to play at a higher level I try and give everything and learn from the experience.

It is quite humbling for me to see that the work I have put in has somewhat paid off. It is still pretty surreal that I made my Scotland debut at such an amazing stadium like Twickenham. 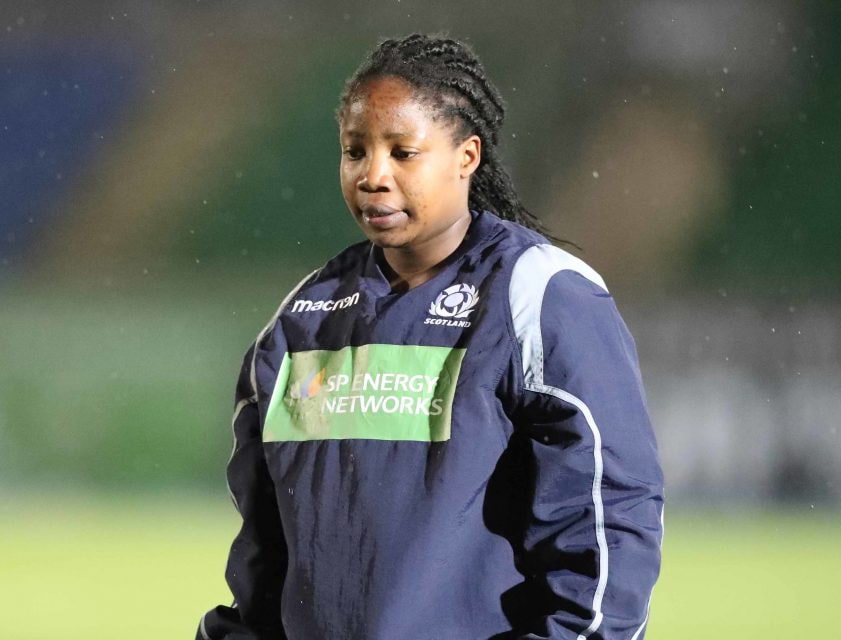 “My parents could not make it down to the match, but I know they are very proud of what I have achieved as are my extended family back in Zimbabwe.

“I love Scotland and I love Zimbabwe and I am so lucky to call two great places ‘home’.

“It is a big thing for me remembering where I came from, but I could not have been more prouder singing ‘Flower of Scotland’ before the match and it was very special for me.”

Having come down for the excitement of the Six Nations, Panashe is now playing for the club while working for Edinburgh Leisure.

She is due to start a Masters in September in transformative learning and teaching at the University of Edinburgh - and if the next chapter of her fascinating journey is as exciting as the last, then we will all look forward to reading it.

The Ladies XV, who reached the Sarah Beaney Cup final last year, are playing Corstorphine in the last eight of this season’s event on Sunday at Myreside at 2pm - all support welcome!