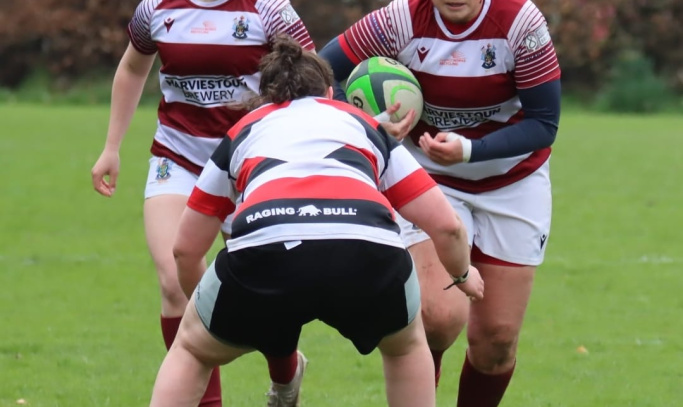 Sarah Jones talks about her time with Watsonians women's rugby before her retirement at the end of Saturday's Sarah Beaney Cup Final.

Back in 2014, after a stint as a wrestler, "no tassels or face masks, just fighting", the second row assures me while we chat. Little did Sarah Jones expect to be playing her final game at Murrayfield.

Sarah's association with the club goes back to school when she attended George Watsons, but her time on the field started with a call from her sister Emma to help make up the numbers.

"You'll be on the wing; you just have to stand there", Jones was told, "unfortunately, they ran at me all day, so I had a great time, but I was pushed up from there. I'm definitely not a winger."

Back in 2014, when Jones started her second stint with the club, after a brief time in 2006 before individual sports took her attention, the team were not the Premiership Champions they currently are.

At that time, the team were in Division One and, as mentioned above, were fielding teams on a week to week basis. When asked what changed, Sarah quickly pointed to the excellent coaching the group has received.

"We probably had the big turnaround. We had a guy called Tristan Gray, who came in and took over the coaching. I don't know where he found people, but he managed to bring so many new players to the team, and it went from there."

The veteran player continued, "There's not much you can do with, you know, five or ten players, but Tristan managed to find an abundance of girls to come down to sessions and suddenly, he had 20 odd people at training and he for me he was the turnaround in the team and then we had guys."

The evolution didn't stop there as Scott Nightingale continued the momentum, and then Dave Flynn and Freddie Main continued to build a great atmosphere within the club.

The earlier years weren't easy, but the club was building something special, which was evident in the fun the team were having, win or lose. "I think it's a club that historically has been tight-knit. Everybody looked out for each other and it was as fun losing with them as it was winning. I was hooked from fairly early on."

Another thing that's changed since her early days playing is the physical toll the game takes on the body. Jones laughs as she says, "When I first started playing, you know we'd have training on a Tuesday, and people were like, oh, can we not do contact today? And I used to laugh at them. Now I'm thinking about Thursday when I consider, maybe, taking some contact tonight?"

Ironically with all the recent success when talking about her best memories, Sarah quickly goes to the first Sarah Beaney Cup final in 2018, where the teams who meet this weekend met and Hillhead/Jordanhill ran out 68-12 winners.

"We got absolutely trounced. But actually, the occasion for the club was huge and there was such a fuss made. We had shirt presentations and the coach down from the clubhouse." The physiotherapist continues, "although the result didn't go our way, it was actually a big occasion for all of us to be there. A lot of us remembered the times when the teams were trouncing us and suddenly, we were on the main pitch at Murrayfield."

It's fitting that this weekend the oldest player on the team, by a fair margin according to the lady herself, is calling it a day. Despite that early stint on the wing, Sarah found her home in the pack, playing in the back row and then moving forward to the second row as age slowed her play, her words not mine.

This weekend will end a remarkable chapter in Sarah's life, but it won't come without its lasting impact on her life. On that first day of training, Sarah met her now-wife, Emma.

Another factor in Sarah calling it quits is the quality she sees around her in her younger teammates "We've got some really cracking new players and join the club and the evolution. I think you go through cycles and actually, there was quite a big turnaround of players at the start of the league this year. And yeah, they're a great bunch and I think they'll go on to do really good things."

So when the whistle blows at the end of the final this Saturday, Sarah Jones will hang up her boots for a final time. With no desire or, according to her own words, "skillset" to coach the former second row, and winger, she looks forward to cheering on her team from the sidelines next season.

But for another 80 minutes Sarah Jones is a Watsonian, and what better way to end your career than in the middle of the pitch at Murrayfield.

The Sarah Beaney Cup final is the final game of Silver Saturday at Murrayfield this weekend. Three matches will take place, see below, and tickets are free here. 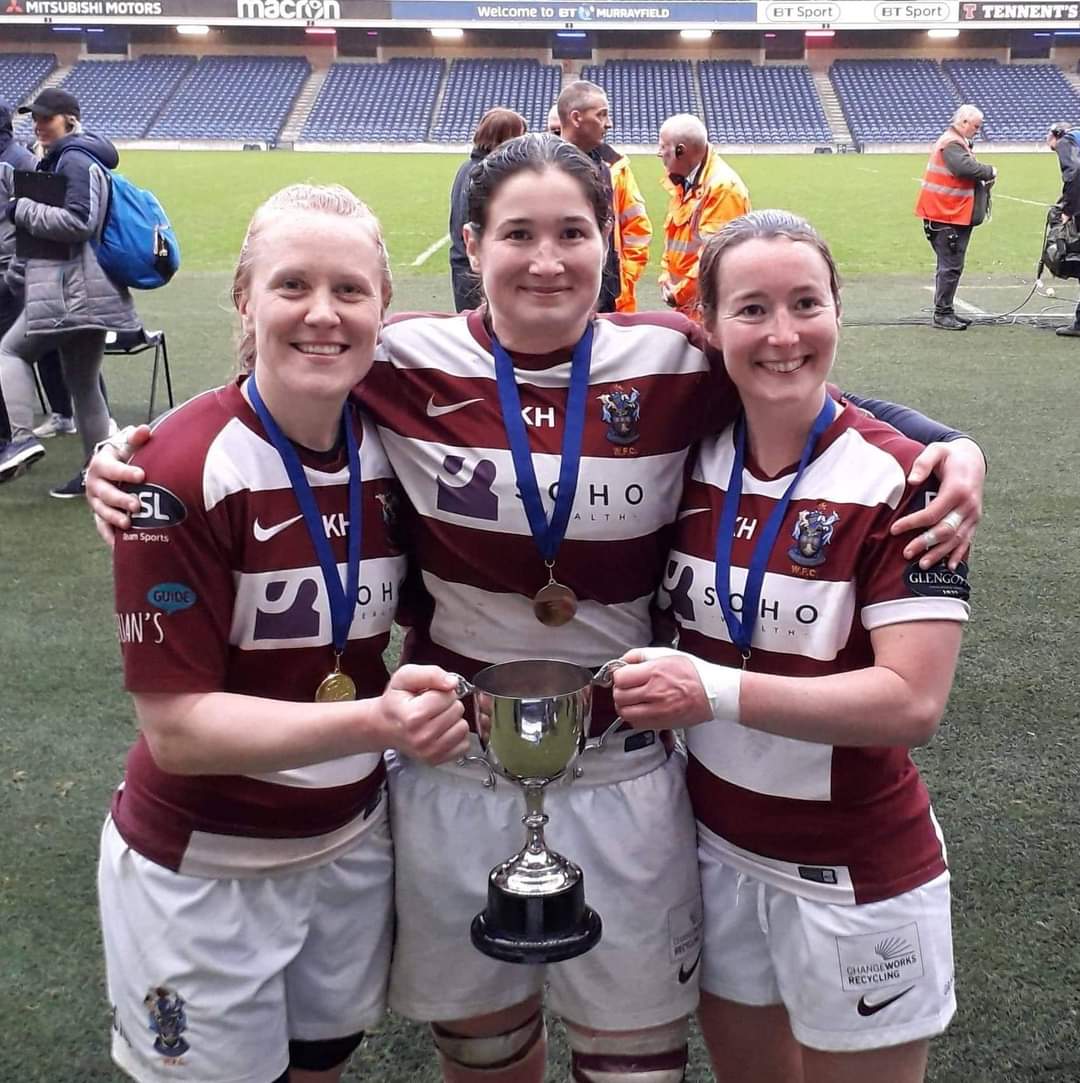 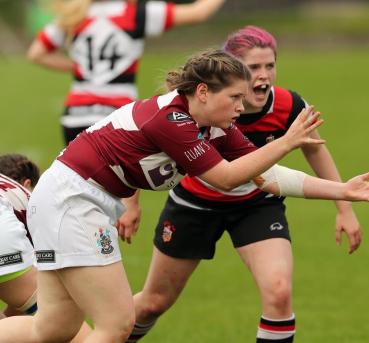 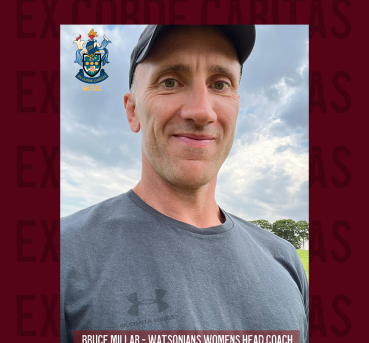 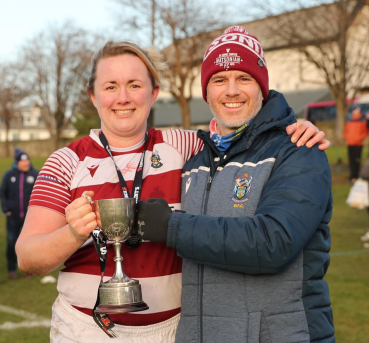 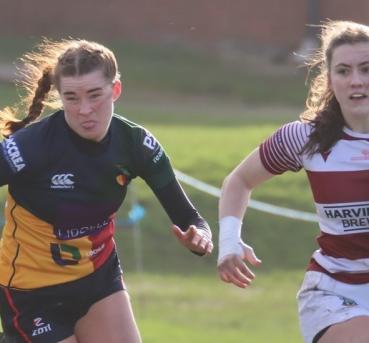