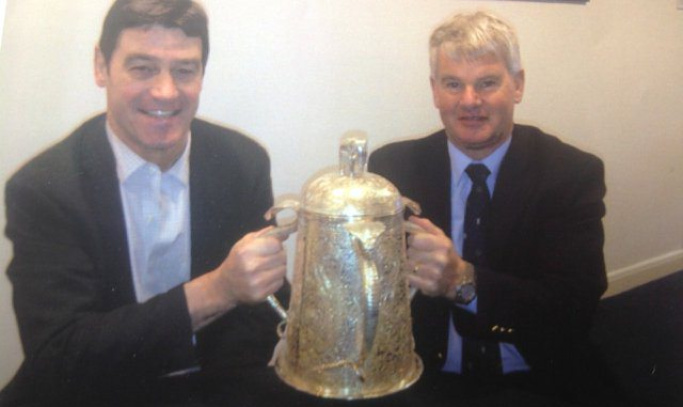 Euan Kennedy has been elected as WFC president for the 2019/20 season and if you have been down at Myreside at all, at any point over the last five decades or so, then you will know the man who is synonymous with goings on at Myreside both on and off the pitch.

And ahead of an exciting year at the club, Euan has been looking back on his time so far involved with Watsonians and ahead to a bright future in the ever-changing landscape that is Scottish rugby.

Before Euan started playing for the club after leaving George Watson’s College in 1972, it was his parents Gilbert (pictured below with Euan) and Agna who were the ‘weel-kent’ faces at Myreside. 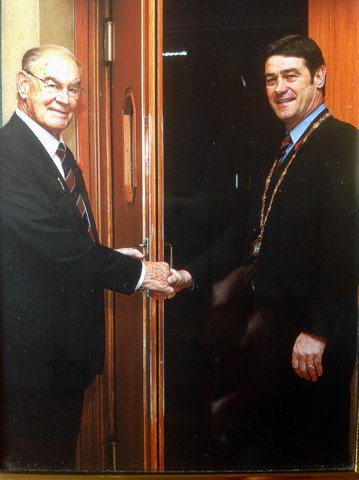 As Euan explains:“My father played for the club, but had to stop around the age of 25 or 26 when he took on the doctor’s practice in Tranent, so I never saw him play, but from what others tell me he was quite some player in the second-row and was unlucky not to be capped by Scotland.

“He was picked for a national team trial, but was injured in the lead up to it and then the job came along so who knows what might have been.

“After that we [Gilbert, Agna, Euan and brothers Bill and Gordon] used to come in from Tranent on a Saturday afternoon when ‘Sonians were playing and then my mum and dad would watch the games and me and my brothers would kick a ball about.

“We’d then head over to the clubhouse and get a coke and a bag of crisps while the adults all socialised and then we would get a fish supper on the way home.

That routine became pretty much a home match ritual for a while and it was brilliant. 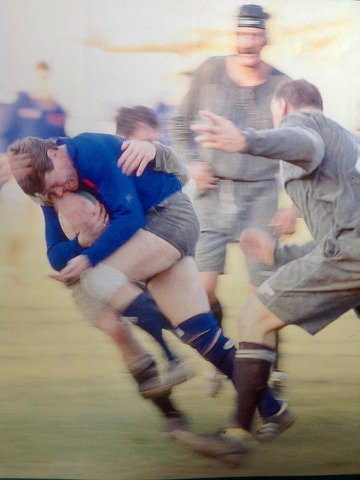 “I left school in 1972 and, as a closed club at the time, all rugby players from the school who were staying in Edinburgh went on to join Watsonians.

“In that first year [1972/73] I played for the juniors and the second XV before getting into the first XV at the end of the season against Gosforth at Myreside.

“I was playing full-back then and we managed to beat a talented Gosforth team which was brilliant.”

Fast forward to 1973/74 and the leagues started in Scotland - Euan playing the first six games on the wing for the first XV before reverting to full-back.

And he never looked back, amazingly only ever playing for the first XV again from that time until he hung up his boots in 1987/88.

“I never got many injuries to be fair, but to play in the first XV for so many years was special,” he said.

“We were getting big crowds back in those days, especially when we played the likes of Hawick who brought a big travelling support on their way to winning the first seven top flight titles.

“We had some very close games against Hawick in that period, especially at Myreside, but they just managed to edge us out usually and their team had Scotland caps aplenty.

“The derby matches against the likes of Heriot’s and Stewart’s Melville were great and guys were battling it out for Edinburgh spots and the like so it made for a good spectacle.

“Also, later in the period there was Rugby Special with games being televised and just a great buzz around.

“As we were a closed club we had a team spirit akin to the Border clubs and I can remember one game against Kelso in particular.

“We were down to 14 men before half-time and then 10 minutes into the second half 13 and then at one stage 12 with no back-row!

“Later in the game we were back up to 13 players and we somehow managed to win the game 9-7.

The guys that were left on the field really were tackling everything that moved and I remember walking off the field that day thinking ‘how did we win that?’, but everyone played for each other and that counted for a lot.

In 1979/80 Gilbert was president of WFC, Euan was captain of the first XV and his brothers were playing in the second-row.

Those were special times for the Kennedy clan and Euan was making his way through the ranks with Edinburgh and Scotland ‘B’.

From 1979 onwards he was at centre for Watsonians alongside David Johnston and the partnership went on to flourish.

The Hastings brothers then joined the club as the backline became stronger and stronger - and Euan, who had captained the ‘B’ team on a couple of occasions until that point, then made his way to the fringes of the national squad before breaking through.

“I remember having a poor trail match in the early 1980s, but I just got my head down and worked hard and in 1983 Watsonians played Heriot’s one day and then I was training with Scotland down at Murrayfield the next day,” he stated.

“The word going round was that Keith Robertson had been injured playing for Melrose and eventually Jim Telfer convened everyone and told me that I was going to earn my first cap against New Zealand.

“That was a special moment and I had captained Edinburgh against them a few days before, but to get a chance to play for my country was just amazing, I will never forget it.”

In that match in November 1983, Euan was alongside club mate Johnston in the centre as Scotland drew 25-25.

He then played in the famous 1984 Grand Slam wins over Wales and England - scoring a try in the latter - before earning a fourth and final cap against Australia in December that year. 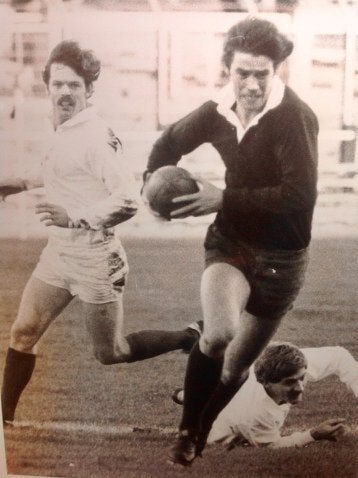 As Euan mentioned his playing days with Watsonians came to an end in 1987/88, but since then he has been involved as a spectator and committee member and his eldest son Scott turned out for the first XV a few years ago.

He has also been Watsonian Club president, served as Scotland under-18 manager with distinction for many years, played a big part in bringing a Super 6 franchise to Myreside and is never far from a touchline.

So, what of the future?

“It is an honour for me to become president of the club 40 years after my late father held the position,” the 64-year-old said.

“The face of rugby in Scotland is changing and we want to be at the forefront of that with our Super 6 team, but we also want the Club XV, other men’s XVs, the Ladies section and the Midi/midi section to thrive going forward too.

“There are a lot of good people at WFC working hard on and off the pitch to make 2019/20 a success and I am looking forward to it.”

Everyone at the club looks forward to seeing Euan and his wife Pam down at Myreside soon.