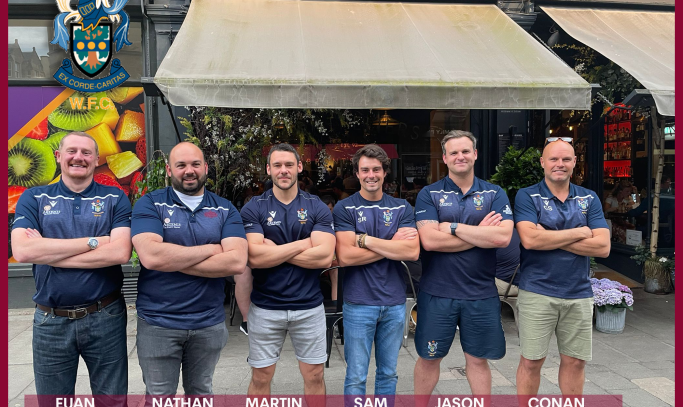 After taking over during last season Jason Riley has pulled together a top coaching team ready to build on last season.

As Pre-Season begins, Head Coach Jason Riley is eager to get his first pre-season as a head coach and is excited to have completed the recruitment of his new coaching staff.

"I'm actually, really, excited about the coaching group. Conan Sharman is back after coming in and helping me last season." Jason said before adding, "Conan did a great job and I'm so happy to have him working wth the backs building on the work we put in last year."

A couple of the coaches are also really keen to develop themselves, being reasonably new or young coaches, and so Martin Christie is going to head up the S&C. On Christie taking on the role, Riley said, "He's got excellent experience on the S and C (strength & conditioning) side and he's going to assist me with the forwards."

Of course, Martin is a well-known face around Myreside, having played and captained the 1st XV during his playing career. While this is Martin's first coaching gig, he has been working with the club on strength and conditioning in the past few seasons.

"I watched a few on Watsonians games last season and there are some really talented players. It's a young squad with so much potential." Martin said on being added to the staff.

Christie continued, "I'm excited to take up this role of fitness and assistant forwards coach. The Lads are already deep into the S&C and I want to ensure that our fitness levels are exceptional throughout the season." 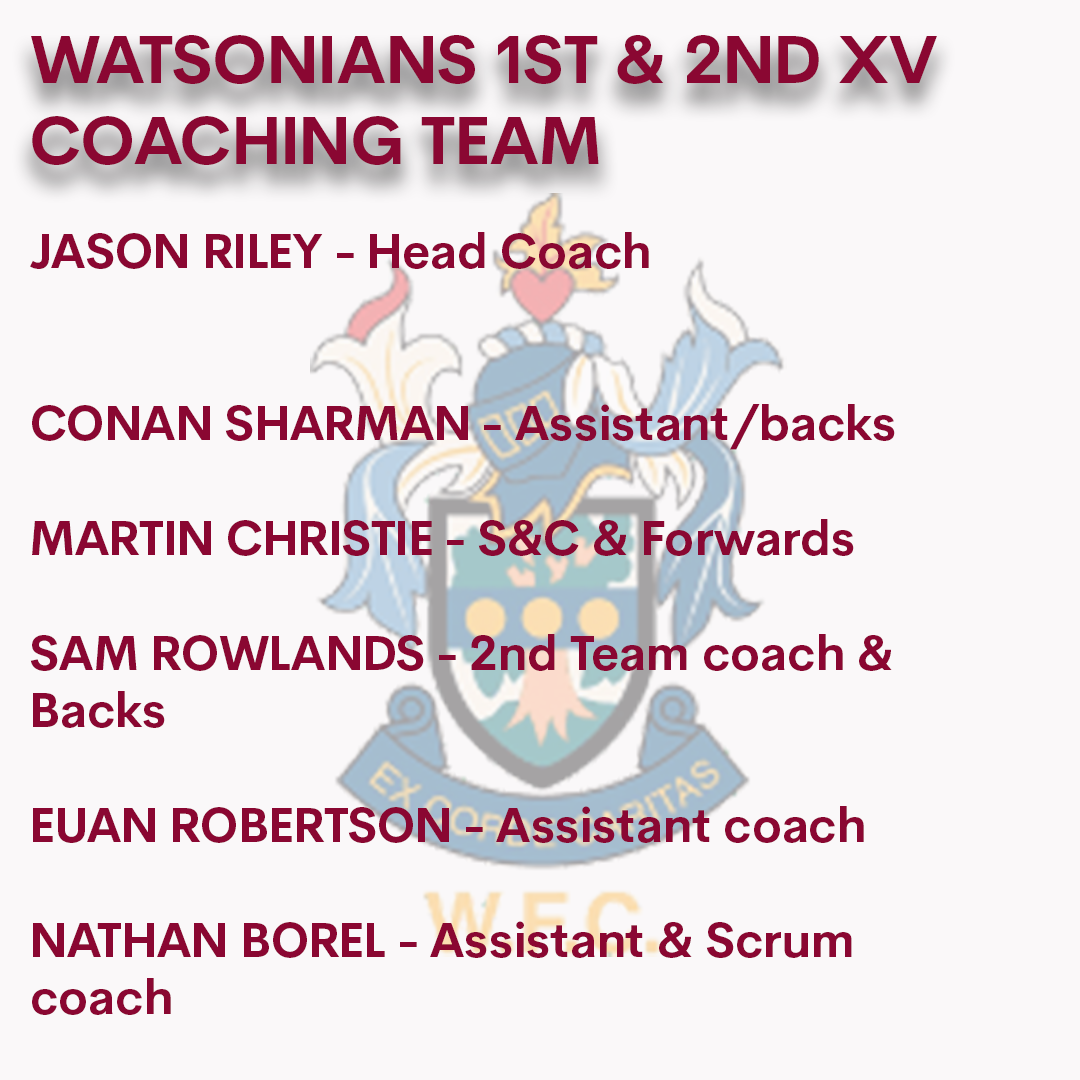 Sam Rowlands is heading up to 2nd XV, although the 1st's and 2nd's train together as one unit until Thursday's run-through session.

Head Coach Riley said, "He's (Sam) still plays every now and then but is transitioning into more of a coach, and he sees that as something he wants to do going forward."

Sam has spent time playing across the home nations as well as playing for Belgium at U16 and U18's while living there as an Ex-Pat.

When Sam returned to the UK, he played in his home country of Wales for Llandovery College before playing for Bath Univesity. After graduating, Rowlands played for Richmond, Stewart Melville and Howe of Fife. While this will be a first season coaching senior rugby Sam comes from recently coaching Stewart Melville College.

Riley said of the new coach, "I'm excited to see Sam develop. I feel he has all the attributes to be a top-quality coach."

Euan Robertson and Nathan Borel round out the coaching team as both the 1st and 2nd XV's look to embark on successful seasons.

Euan Robertson understands the fabric of the club, having played for Watsonians for the past 24 years, with a short one-year spell in South Africa back in the late 90s. Euan also held the position of 2nd team head coach back in 2013-2016.

Nathan Borel, Assistant and Scrum coach, chose to retire from playing at the end of last season but brings vast experience. When Borel joined the pack last season, he brought stability and hopes to transfer that experience into his coaching.

Knowing that he has a great support network, Jason hopes he can recapture the end-of-season momentum and build on it this season.

The additional coaches will allow him time to work on developing players to an even higher standard. "Having the extra coaches around will also allow me to delegate so I can step back and just look at a squad and how the team are playing and have those one-to-one conversations with players."

The 1st XV start their season away to Gala on September 3rd with the first home game the following week, hosting Stirling County.

The 2nd XV start their season away to Haddington on September 10th before hosting Gala the following week.