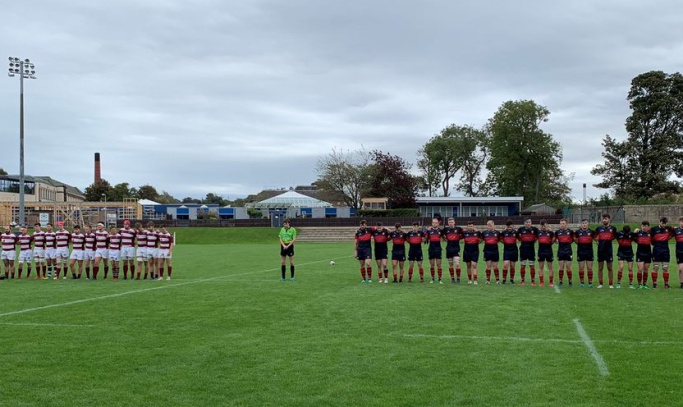 Our first home game of the season saw both teams and spectators stand for a minute’s silence as a mark of respect for the late Willie Morton, an outstanding sportsman, groundsman and friend to many at Myreside over the years. Fittingly, the pitch looked like a green carpet and I hope Willie was looking down with a nod of satisfaction.

Dundee kicked off with a strong wind behind them blowing down the pitch from the Clubhouse End. Each team looked a trifle nervous in the opening exchanges perhaps because of heavy opening day defeats, but the ball was shifted like a hot potato and on a windy day perhaps the teams needed to hold onto it.

‘Sonians soon fell foul of the referee and the Dundee stand-off made no mistake with the penalty to put the visitors 3-0 up. Back came the home team and mounted a series of forward drives against the visitors’ line which ended up with scrum-half Willie Thomson going over in the corner, captain Chris Bell could not convert, but we felt we were settling into the game.

The opposition had other ideas and put some moves together to move into our half, they coughed up the ball and the ref duly penalised us again and the Dundee 10 repeated the medicine and kicked another penalty to take them a point clear at 6-5. Worse was to follow and Dundee offloaded several times to take them deep into our half, a knock on followed - or so this writer thought - but the referee allowed Dundee to kick ahead and touch down for a simple try which they converted to take it to 13-6.

Back we came and moved the ball wide to Van Kacori on the wing, he kicked ahead and Dundee knocked on five metres out under their posts, a great position for our dominant scrum except once again the referee ignored it much to everybody’s amazement -including in all fairness the Dundee staff.

We maintained pressure on them however and regained possession for hooker Craig Willis to crash over after a forward drive in the corner. Stand-off Bell could not convert but we were back to 13-10.

There was time for Dundee to kick one more penalty, which appeared to this writer to be a case of the referee awarding a penalty to the team who shouted the loudest and longest, and the half ended at 16-10 to Dundee.

We started the second half with the wind gaining in strength and our plan was to keep them in their own half and exert some pressure and we soon benefitted as centre Thomas Klein, on debut, ran in for our third try to take it to 16-15.

Dundee kicked off and we stormed straight back down the field for Klein to get his second try which Bell converted and we moved into the lead at 22-16. Kresimir Coric, our Croatian internationalist off the bench at hooker, then ran a great line to get over the line but the referee, in a better position than most, ruled it held up.

We then mounted a series of punishing scrums which resulted in three penalties to us and a yellow card against Dundee. On our fourth scrum, the Dundee tighthead went down and the referee penalised us. Dundee could only clear to the ‘22’ from the penalty and we were back on the attack and Harry Fisher at No.8 went over for our fifth try.

Bell converted again and we were out to a 29-16 lead. Dundee were finding it hard to get out of their own half and from the kick-off, replacement Oliver Hinks and Klein ran strongly into the Dundee ‘22’, our final offload unfortunately being intercepted and Dundee regaining possession.

Our defence was aggressive and we kept Dundee pinned in their own ‘22’, they coughed up the ball and our favourite Orcadian Willie Thomson was over for his second and our sixth try.

We ended a very good half of rugby with Donald Kennedy, now on the wing, showing that rugby is won in the top two inches, Dundee kicked out, no spectator or official touched the ball, Kennedy retrieved it, took a quick throw in and took the return pass to score in the corner whilst Dundee were complaining to the referee. Bell could not convert and the game ended with us running out 39-16 victors and managing to keep Dundee scoreless in the second half.

Man of the Match: Carries hard, carries often, jumps in the lineout and tackles like he means it, Kieran Watt was solid all day in a good forward effort. 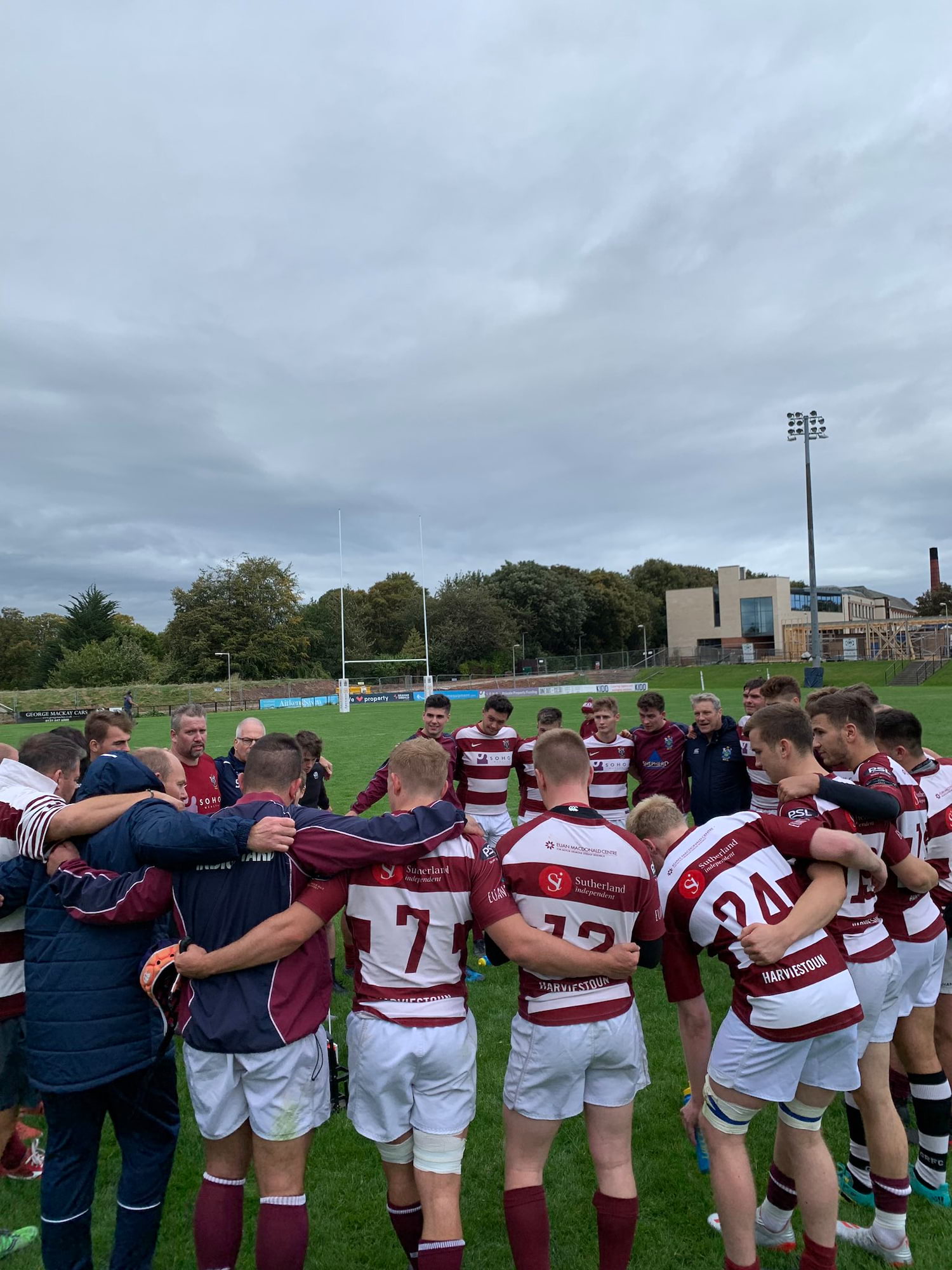