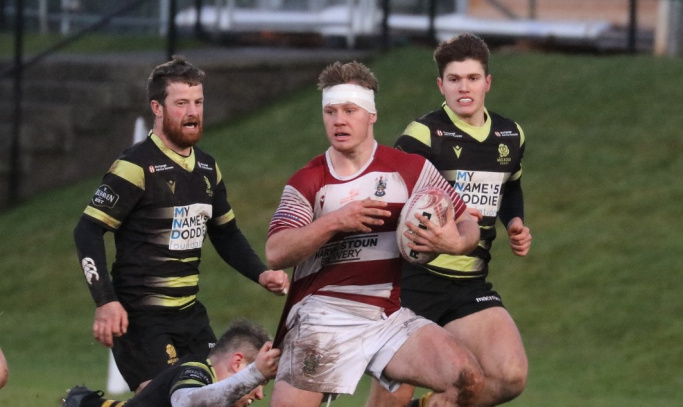 Apologies for the absence of match reports recently but things have been a bit busy, however after listening to my critics I can update you with the missing games here.

Biggar scored 3 tries in the first half and 3 tries in the second half. We scored a try towards the end of the game and the ref blew up for full-time with 8 minutes left on the clock.

On a cold wet afternoon we scored some good tries and crucially kicked our points to secure a win over our neighbours.

A dismal game on a dismal day and we gave Dundee an early Xmas present. Game kicked off in near darkness and nothing about the rest of the day produced a spark of brightness.

David will this stop you falling asleep?

On another wet afternoon, the 1st XV inspired no doubt by the great Iain Sinclair, went out and produced the best 40 minutes of rugby seen by many at Myreside in a long time. Stuart Allison in the back row had scored a hat trick of tries with barely 17 minutes played. Donald Kennedy got the bonus point try shortly afterwards as backs and forwards combined well across the pitch. Bell back to skipper the team after a winning weekend in Dubai pulled the strings nicely and the pack retained the ball well to keep the pressure on our visitors. Andy O’Neill, how good to see him back in maroon and white, was next on the scoreboard as we moved to 29 – 0 as half time approached. Melrose, not to be written off, got a score back which they couldn’t convert but the final word of the half belonged to Sonians as Callum Lauder in the back row went over for our 6th try of the half to make it 34 – 5 at half-time.

We expected Melrose to come back into it in the second half and indeed they had a lot more possession but our defence was excellent and conditions were tricky for the expansive game that Melrose were trying to play. Against the run of play we were first to score in this half as Corann Henderson took the ball on and chipped over the defence to regather the ball and score the try. Kerr Stoddart converted and we moved to 41 – 5 but Melrose struck back to score another try in the corner whilst we were down to 13 men with Davidson and McPhilliips yellow carded. Stoddart had the final word slotting a penalty from 35 metres to take us out to 44 – 10 and Melrose’s final attempts were thwarted by our defence. A great way to salute all our supporters and sponsors including John Kerr’s 1875 Club who had attended the lunch. 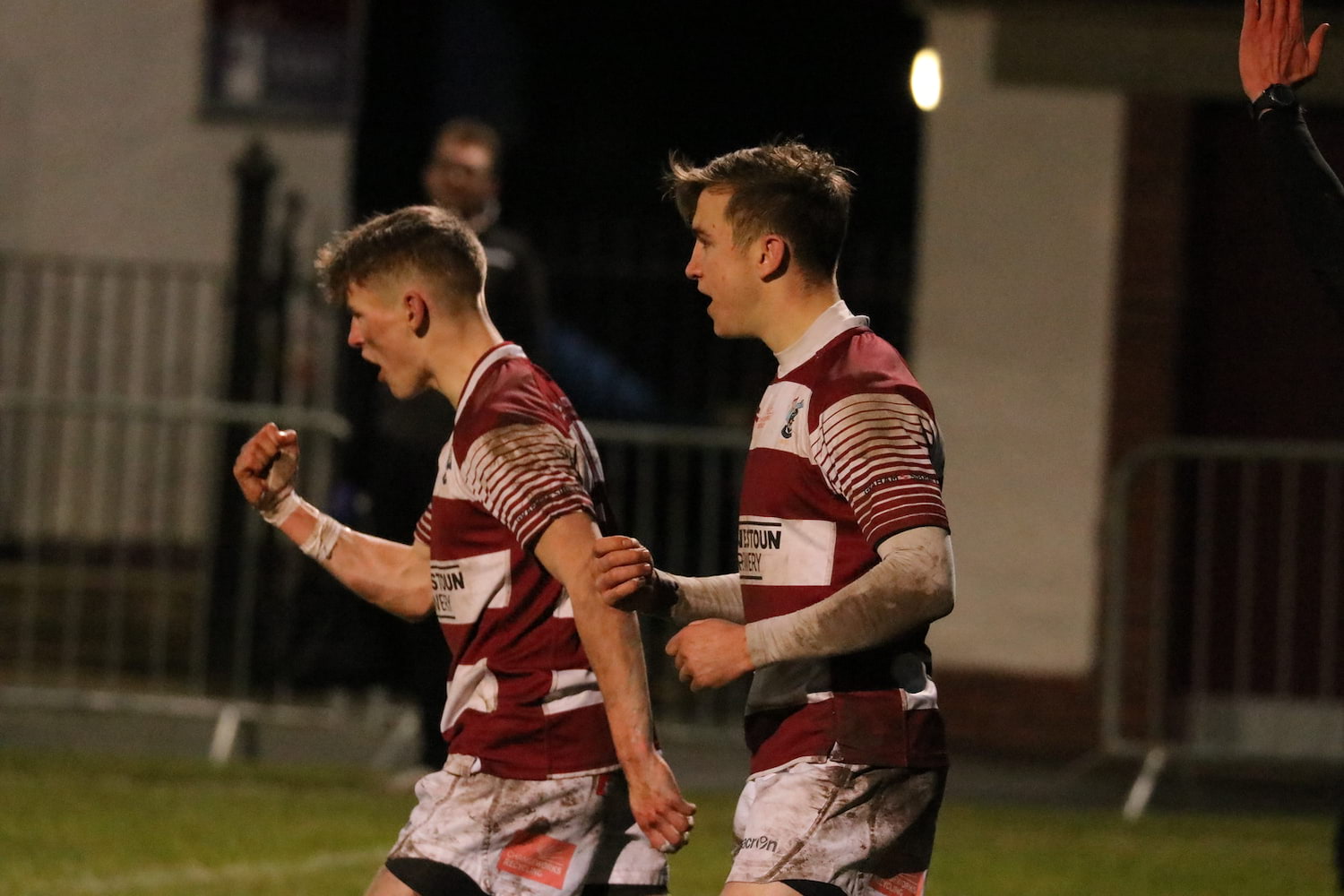