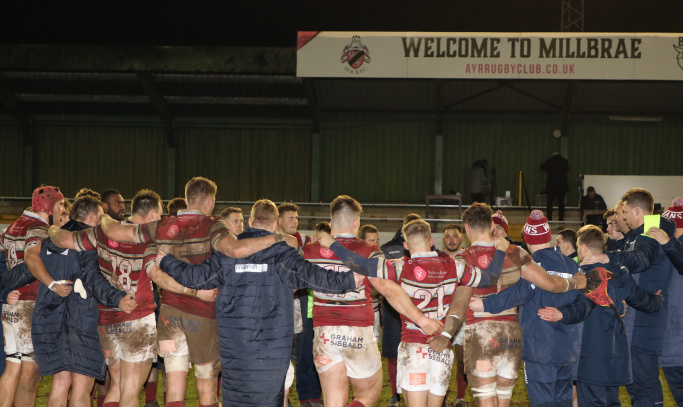 Watsonians are top of the FOSROC Super6 table for the festive period on points difference after they picked up a losing bonus point after a 19-13 loss to the Ayrshire Bulls on Saturday.

The squad travelled to Millbrae for the rearranged fixture with five wins from five under their belt, but a solid second half performance from the home side saw them home.

It means the sides are locked on 23 points apiece and it is shaping up to be a great second part of the campaign in 2020.

The visitors took the lead in this one early on through a penalty by captain Lee Millar and then both sides really went at each other, but defences were on top as it remained 3-0 past the half hour mark.

Watsonians did extend the lead in the 38th minute, some good forward pick and drives eventually seeing Fijian No.8 Mesu Kunavula going over for his second try in as many weeks. Millar converted an it was 10-0 at the interval.

The visitors had brought on Murray Scott at scrum-half for Ali Harris just before the break and at half-time Cal Davies replaced Campbell Wilson at hooker.

They started the second half well and were on the attack in the 43rd minute only for Bulls full-back Ollie Smith, later named FOSROC player of the match, to pluck a pass out of the air and run 80 metres for an interception try.

It was unconverted, but it seemed to swing the momentum of things and 12 minutes later the Bulls were awarded a penalty try to put them 12-10 up.

This Watsonians side is made of stern stuff and they didn’t panic though, Millar kicking a penalty on the hour mark to put them back ahead 13-12 and set up a thrilling finale.

There really was no quarter being given and both packs were slugging it out before Ayr scored their third try through No.8 Blair Macpherson in the 70th minute, stand-off Ross Thompson converting for 19-13.

With young second-row Kieran Watt now on for his Super6 debut, ‘Sonians pushed as hard as they could to get the converted try needed to win the game and were metres from the Bulls line right into injury time.

However, the hosts held out for the win and well done to them.

Overall, five wins from six given that four of the games have been away from home is a very positive start to life in Super6 and we are all looking forward to seeing what this group of players can do in 2020. 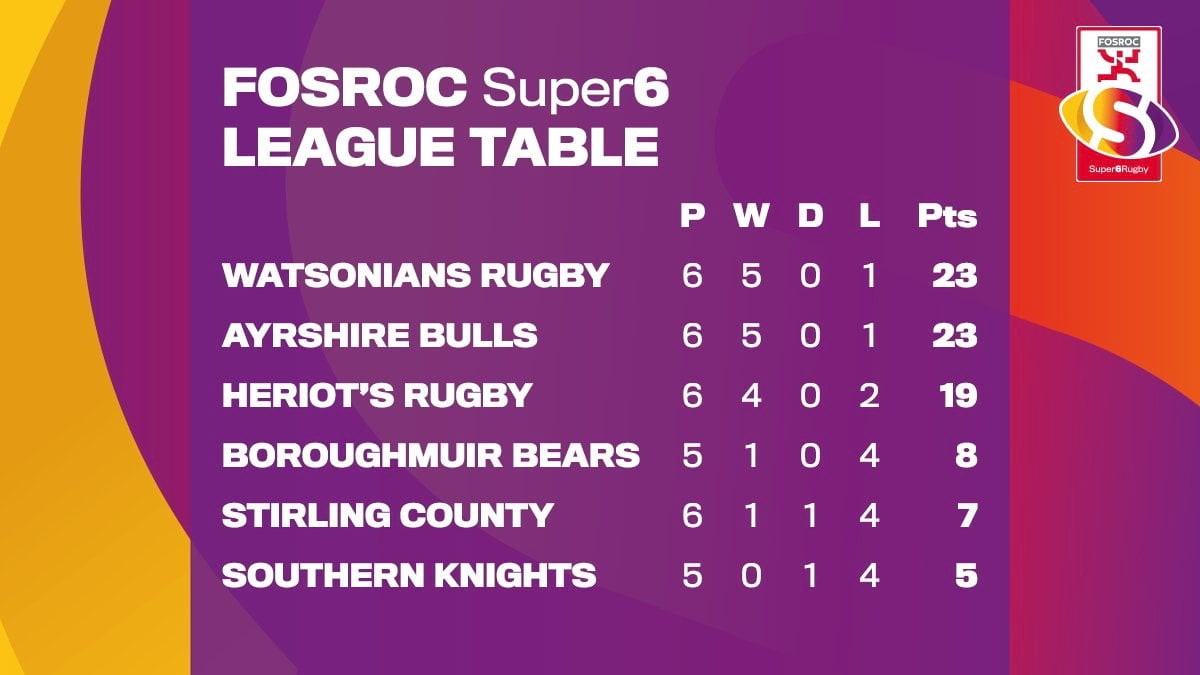