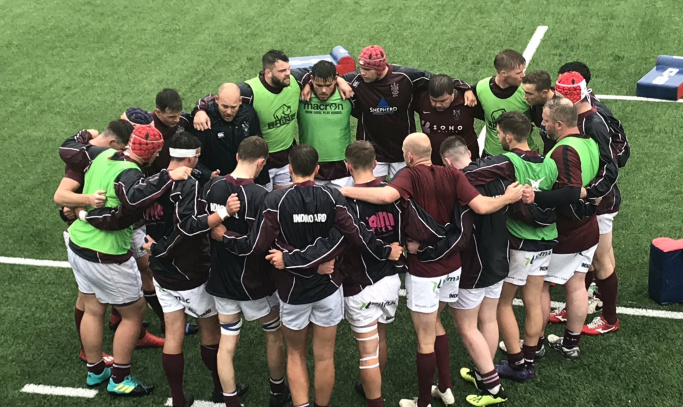 It was a tough day at the office for the Club first XV as they travelled up to Inverness to play Highland in the preliminary round of the Cup on Saturday.

If the home team had a traditional grass pitch then it is doubtful the game would have gone ahead such was the deluge that dropped on the capital of the Highlands on Saturday before and during the game.

As it was the artificial surface the game was relatively unaffected and both teams were ready to play at the appointed time.

Teenage stand-off Chris Bell lead the team for their first game of the season and we opened up brightly, but were unable to pierce the home defence.

Highland utilised their pack and their breaking scrum-half for much of their attacks and we contrived to give away several penalties in attempting to stop them.

This allowed Highland to gain footholds in our half of the pitch and from here we eventually conceded a try in the corner. Highland couldn’t convert and were shortly only two points in arrears as we worked up a head of steam in attack and put them under pressure resulting in a yellow card for them and a penalty to us, duly kicked by Bell.

Restored to full strength, back came Highland with a series of catch and drives at the lineout which we defended well initially until back-row Connor Pearce was penalised and carded and with the pack down to seven men, Highland rumbled over.

Once again they couldn’t convert and worse was to follow as hooker Craig Willis, making his debut, was penalised and also carded by the referee for a breakdown offence on the half-way line.

Highland could make nothing of it and we came to half-time with the score 10-3 to the home team.

We started the second half with 13 men due to the yellow cards and desperately needed to retain ball in the wet conditions, but Highland’s defence was suffocating and our ball retention at times was poor and the hosts duly scored again to take it to 15-3.

We managed to get one of our players back on the pitch, but we then threw an interception whilst in attack and Highland duly scored under the posts to take it to 22-3.

We were then restored to full strength, but Highland were in no mood to let us in to the game and poor tackling down their left wing let them in again.

Both benches were on by this point, our bench for injuries to No.8 Chris Scott, full-back Rory Steele, prop Connor Wilson and Euan Martin and Highland because they were in control.

One more score came for them from their scrum-half who was a thorn in our side throughout, full time 32-3. 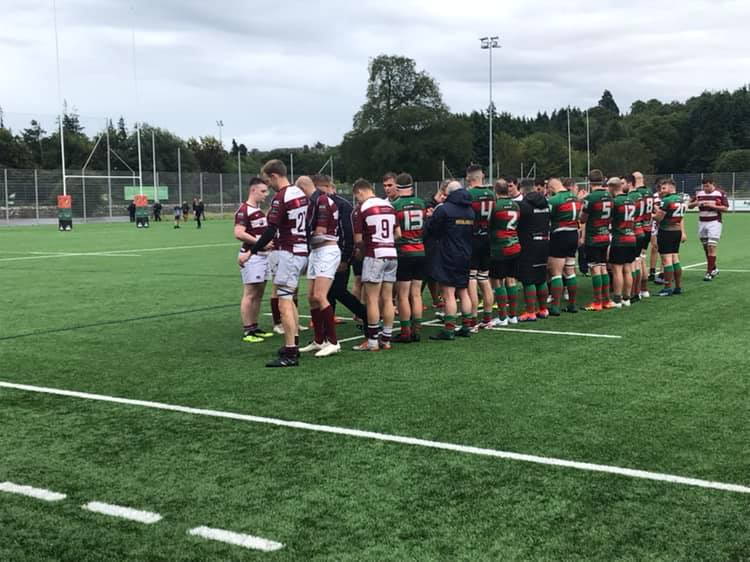 A hard one for our first game of the season without a warm-up, but the young players will be better for it.

Seven of the 20 man squad made their debuts for the club and for any team a trip to Highland will not be relished as they have a competitive pack and decent backs and importantly have been together for a number of years, a combination that will make them tough to beat.

Our players will now know what is expected of them and hopefully will relish the challenge of silencing the crowd at various grounds in Tennent’s National League Division One this coming season, including a return trip to Inverness.

Before that we have a trip to Ayr in our opening league fixture this coming weekend and indeed intend to field another two teams in the East Reserve Leagues also this Saturday.

I would ask all players to make themselves available and if not then to let Stan Buchan, Fergus Henderson or Ali Campbell know.

We hope to offer an appropriate level of rugby for all who want a game, from those with aspirations of Super6 down to those who want to meet their mates, run about and have a beer afterwards.

For those whose playing days are behind them, then please come down and support one of the three Club teams, the second XV will be in action at Raeburn Place this Saturday against Edinburgh Accies and Fergus Henderson would be grateful for anybody who wants to give him a hand in getting the team on the pitch.