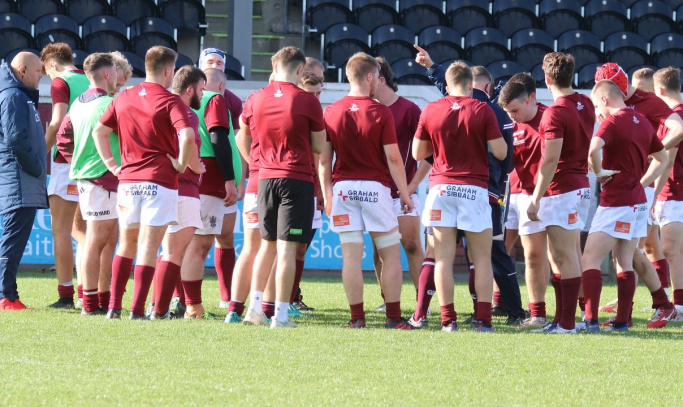 The 1st XV lost out 52-7 to an on-form Highland side in Inverness on Saturday...

The 1st XV will look to get back on track this coming weekend at home to Ayr after a 52-7 defeat to Highland at Canal Park in Inverness on Saturday.

The defeat leaves ‘Sonians eighth in the Tennent’s National League, but just four points off fifth and still with an unbeaten home record.

On Saturday, Highland had the four try bonus in the bag by the 32nd minute, Stephen Murray (2), Jesé Nawacalevu and Rupeni Rokoduguni with the tries and Scott Fraser kicking four conversions as they led 28-7 at that point.

When Gordon Gregor and Seamus Ross came to the party with further converted tries it was 42-7 at half-time.

After the interval Andrew Findlater and Mike Gordon scored unconverted tries and there was no more scoring in the last half hour.

Watsonians try was scored by Andrew O’Neill and converted by Kerr Stoddart.

Biggar are still top after a weekend of six home wins.

This coming weekend the 1st XV play Ayr at home at 3pm on Saturday, get along and cheer them on!