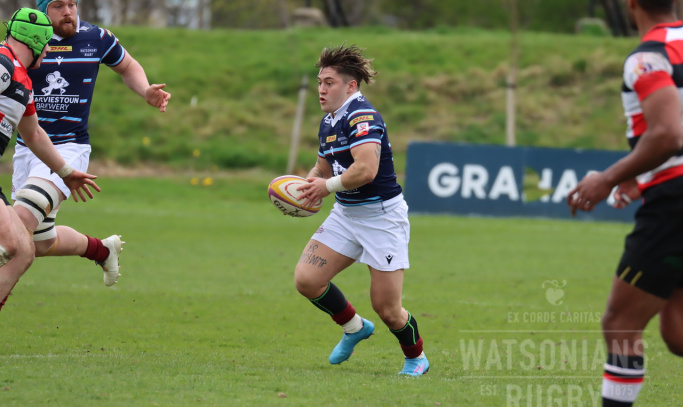 Sitting in a quiet Edinburgh flat, the hustle and bustle of London is a distant memory to new Watsonians Scrum Half Rory Brand.


The law student, who's due to graduate in a few weeks' time before embarking on a conversion course to Scots law, is quiet and softly spoken, contrasting his on-field flair.

When Rory speaks, there's a quiet confidence, especially when he talks about rugby and his opportunity to playback in his native Scotland. "I spoke with Fergus (Pringle) quite a bit on the phone, and the opportunity to come back to Scotland was a really easy choice."

Rory was born in Glasgow but found his passion for rugby as a six-year-old playing in the Borders. "I first started playing when I was five or six, we lived in Gala, but I played for Melrose."

That passion didn't dwindle with age as Brand and his father spent Saturdays playing across the Borders and Sundays in the North West playing rugby league for a local team in Wigan. As the scrum-half reached his teenage years, the family moved to the North West, and Rory continued to split his time between both codes.

"At one point, I was playing for Sale Sharks Academy on Saturdays and Salford Reds on Sundays" but eventually, he settled in Union as his star began to rise in district circles.

It wasn't long before the proud Scot was involved in the England youth system, where he collected caps at u18 and u20s. "I'd always get stick from both sides, but you don't really have a choice at that age, and it really helped my development."

It was in his time within the England set up the scrum-half played in the 2018 World Championship final against France, playing closely with England's Marcus Smith, "We had great chemistry, we spent time together and played a similar style, something I hope to develop with my 10's here at Watsonians."

Since the disappointment of the 2018 final, Brand has spent time playing with London Irish and London Scottish in the English professional pyramid and reflects on the lessons he learned while watching the players at London Irish.

"There was a drive about the players there; as soon as we finished one game, they were thinking about the next week. They'd be at training Monday so focused, and that's something I added to my game in London."

At the start of April, Brand packed up his life and made the long trek back to Scotland to embark on what he hopes will be a successful season with Watsonians.

"I was sold on the club when they talked about how they trained, how they worked out together and the ambition that the team has."

Since arriving in Edinburgh, Brand has enjoyed wandering the city. "It's great to get out and walk, London is so vast, but here I can head to the Meadows or Stockbridge and grab a coffee and its all within walking distance."

"Everyone's been really welcoming and I've started to get to know the team, and them me, but Seb (Cecil) has been a great help in settling me in."

The scrum-half is excited to get some game time under his belt with his first start ahead of him later today. 'It's different when you start. You find the rhythm of the game; you are part of setting the tone. When you come off the bench, you are always trying to get into the grove quickly. Starting, I'll have more influence on the game this week." 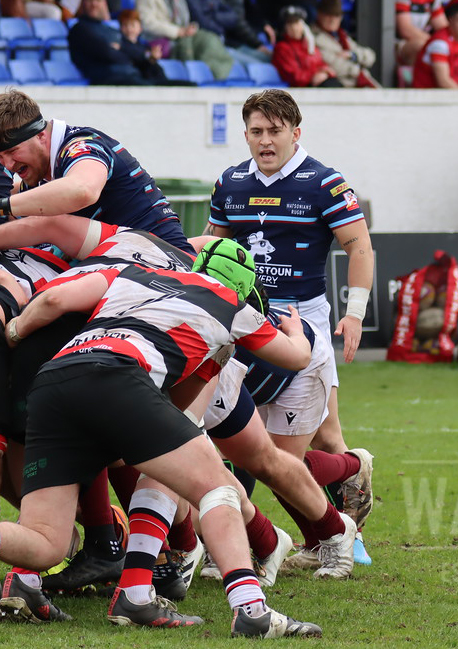