JOSH STARTS WITH A BANG AT MYRESIDE By Gary Heatly 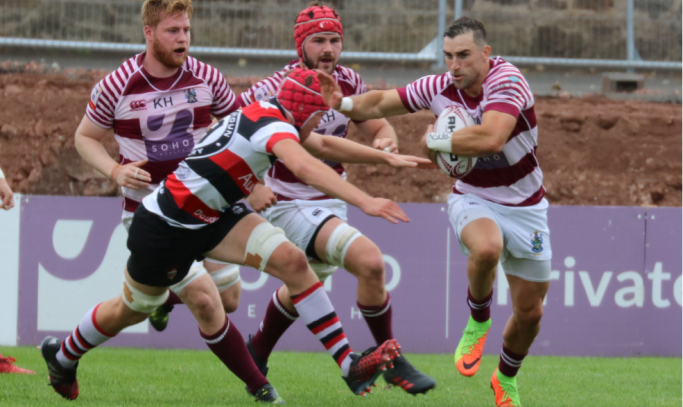 There are certain ways to introduce yourself to new surroundings in life and, as a rugby player, scoring a superb try on your competitive debut and being named in the team of the week is a good way to go about it.

That is exactly what 29-year-old full-back Josh Rowland did at Myreside last weekend, helping the team defeat Stirling County in the Tennent’s Premiership opener. And then he was named in the Offside Line’s team of the week for good measure.


With centre Michael Allen having retired in the summer, and reliable full-back Andrew Chalmers deciding to take a break from the sport, head coach Steve Lawrie was very keen to get some experience into the backline.

He brought in stand-off/centre Lee Millar during pre-season and Rowland, a Kiwi-born player who has more recently been in Ireland playing for Guinness PRO14 side Connacht and the national sevens side.

Josh, who qualified for Ireland through his grandmother and has also had stints in Portugal and Romania of late, said: “I was born and brought up in Auckland and played a lot of my rugby coming through the ranks with Counties Manukau and then North Harbour.

“At Counties I played with Bundee Aki [who has since earned full Ireland caps] so when I headed over to Ireland in early 2016 to play sevens for them it was great to have a familiar face around.

“I then joined him at Connacht and I really enjoyed working under Pat Lam [now at Bristol Bears] there as he creates a good culture and a good environment.

“This summer I was weighing up my options about where to play and what would be the next step in my career when I heard from Steve Lawrie.

“I was really impressed by his vision for the club and the exciting things going on here while I also knew that Edinburgh was a great city, so it was top of my list of options.

“So far I have really enjoyed my time here and although we did not play as well as we could against Stirling County, to get a win on the opening day is always very important.

“This week we will be working hard in training ahead of the Heriot’s match and to play in an Edinburgh derby will be great.

“Over the season I hope to bring my experience to the team and help us get into the play-offs again.”