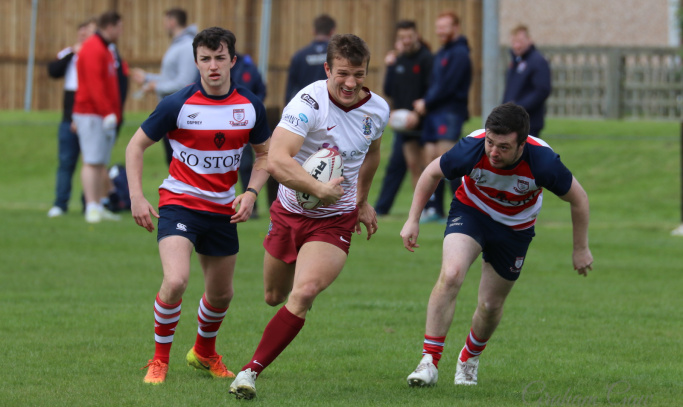 The first VII clinched the overall Kings of the Sevens trophy for a third consecutive season last Saturday and will receive the silverware at Jed-Forest’s Riverside Park this weekend.

Given the fact that there have been nine seven's events following a full-on XV's campaign (the Peebles event is in August) a tip of the hat is due to coaches Conan Sharman and Mike Ker, David Harris and Andrew Ker, the medical staff and all of the players who have represented the first VII in recent weeks.

To win the Kings of the Sevens for a third time in a row shows just how seriously everyone at the club takes the abbreviated game, especially when clubs like Boroughmuir and Edinburgh Accies have got stronger while Melrose and Jed-Forest are always a handful.

After the team reached the last eight at the Selkirk Sevens, to make sure of the overall glory in the Borders, key player Ewan Miller said:“The boys have really put in a big shift this year because we have had a few injuries to deal with, but other players have stepped up to the mark and to win a run of tournaments in the middle really gave us a bit of breathing space.

“I wasn’t part of the squad in 2016/17 as I was in Hong Kong, but I have played last year and this year and I think the most pleasing thing for me this time around has been that when Boroughmuir and Accies really have gone for it with strong squads we have managed to hold them off and come out on top again.

“It has been great to once again blood young players at this level with the likes of Chris Bell coming in and not looking out of place while Lewis Berg has been our most consistent performer and, at the Kelso Sevens a few weeks back, he was pretty much unplayable.

“We would have liked to have got further at the Selkirk event, but the win against Berwick in the first round got us over the line in terms of the Kings and that was really pleasing.

“Now we want to end things on a high at Jed this weekend. Teams are always up for this one because it is the last chance to win something with your club before the summer.

“I expect it to be a tough run if we are to make it to the final, but the boys have enough left in the tank to give it one last big effort.”

The first VII are at the Jed-Forest Sevens this Saturday as the Kings of the Sevens - and the season in general - comes to an end. The event starts at 1.30pm and all supporters are welcome