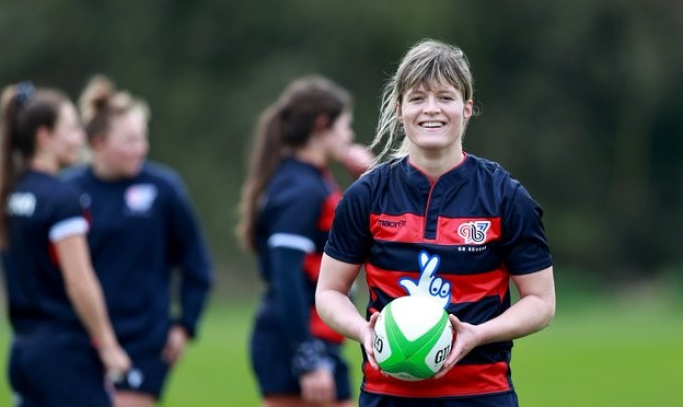 On Friday morning, The British Olympic Association (BOA) confirmed the selection of the rugby sevens players who will represent Team GB at the Tokyo 2020 Olympic Games.

Hannah, the 28-year-old, is the sole Scot in the 12-strong women’s squad with Lisa Thomson acting as reserve.

There are four Scots in the men’s 12-strong squad including Max McFarland who previously had a short stint at Myreside. Alec Coombes, Robbie Fergusson and Max McFarland are the others.

This weekend the squads travel to LA to take part in ‘Quest for Gold Sevens’, their final preparation event ahead of the Games.

Team GB Chef de Mission for the Tokyo Olympic Games Mark England: “Rugby sevens made its memorable debut at the Rio 2016 Olympic Games with both men’s and women’s teams inspiring fans across the globe with the fast pace and excitement that this sport has to offer. The men’s team coming home with a silver medal was a superb achievement.

“There is a huge amount of experience across both of these squads, not only from Rio 2016 but from many years of competitive rugby sevens which will stand these athletes in great stead heading into Tokyo. We’d like to congratulate everyone on their selection and look forward to seeing sevens in action at the Tokyo Stadium this summer.”

Women’s head coach Scott Forrest: “Selection was very tough. We’ve had 22 players involved in the programme since we started in March who have created a very competitive environment. Every one of those players has been so important. And it’s not just about the successful 13 players who have been selected today. If we are successful in Tokyo, it’s going to be down to the whole squad, the whole 22 not just those who are going out to perform at the Olympic Games.

“I’ve seen massive improvements in the team and what we’ve managed to do since March. We’re now excited to see what we can do in 41 days’ time from now.

“For the 13 that are selected, when you look at the squad on paper it’s very exciting. This squad for me has the potential to go and win a gold medal. We have 41 days to go until the first game and understand that there are improvements we need to make over that period until we get to our first game. We’ve definitely got the potential and that for me as a coach is really exciting.”

Men’s head coach Tony Roques: “We’re massively grateful to the National Lottery for us to be on this journey together. We’ve become a very tight-knit group and everyone has contributed. It was really tough to deliver the news to a lot of people I’ve known for a long time. Ultimately, I feel I’ve done what was right for us to be successful at the Olympic Games.

“I’d like to congratulate those selected. They’ve worked extremely hard over the last few months and deserve this opportunity. We’re all very much looking forward to continuing our preparation and then heading to Tokyo.”