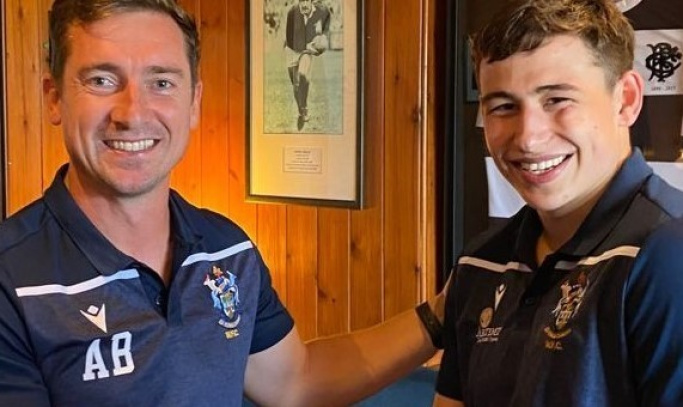 Like in week one of the Tennent's National League Division One campaign, a slow start gave the 1st XV a mountain to climb in week two at Dundee Rugby on Saturday, though they managed to battle back to take a four try bonus points from the 40-26 reverse.

Player of the Match was Matt Tomalin and Head Coach Andrew Bell said: "We started far too slowly and through some pretty average defending gave Dundee the opportunity to score early which left us a lot to do, we were always chasing the game.

"On a positive note we got a chance to see some of our new players so we learned from that and the lads showed a lot of determination to score four tries again, our set piece looked strong so we’ll build on that as we prepare for another tough trip down to Biggar this coming Saturday.”

Bell to take up an exciting opportunity in full-time rugby