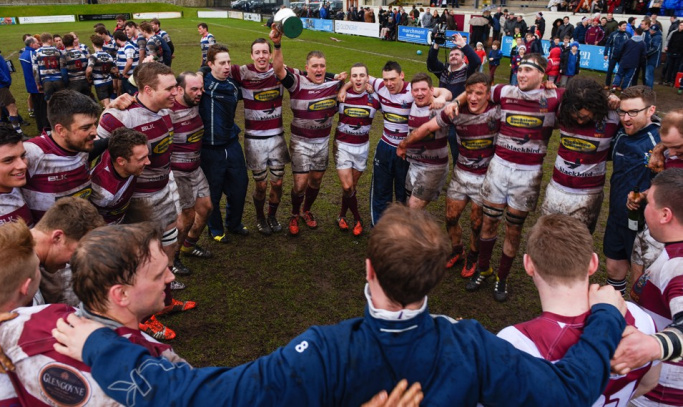 The title, with the squad working under coaches Marcus Di Rollo and Simon Taylor, lifted the silverware at Myreside after an emphatic 61-17 win over Howe of Fife.

“The guys have been excellent this season and have kept going even when things got tough, “ said prop Alistair Marsh, who captained the side that day in the absence of regular skipper Martin Christie.

“Fair play to Marr they have pushed us all the way, but I always had the belief in this group that we could go on and finish the job.

“We got off to a good start and then built momentum and the guys have all pushed each other to be the best they can be.”

“I am really proud of this group of players because this is a tough league to get out of,” said head coach Di Rollo.

“In previous years we have always fallen away just after Christmas, but this time the boys just kept on going and in fact we have saved some of our best performances for the last few weeks when it has really mattered.”