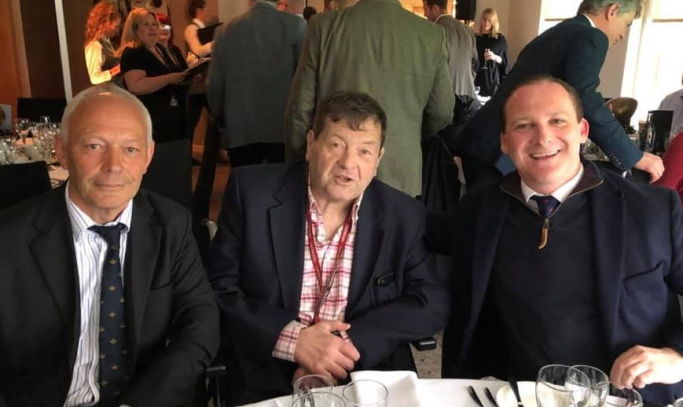 We catch up with WFC Secretary Iain 'Stavvy' Leslie...

You know people are well known at rugby clubs when you only have to say one name and everyone knows who you are talking about.

And if you say ‘Stavvy’ to anyone who is involved with WFC - and indeed further afield in Scottish rugby circles - then everyone will automatically know that you are talking about Iain Leslie.

Stavvy has been a key part of life at Myreside since he joined as a player fresh out of George Watson’s College in 1980.

Over the last 41 years he has been a player, coach, tour organiser, match announcer, Vice-President, President and pretty much everything in between, including a spell running the bar in the clubhouse.

Indeed, he is still currently Secretary and what Stavvy doesn’t know about club rugby in Scotland over the last four and a bit decades is not worth knowing.

“I have loved being involved with WFC for so long, I have made a lot of friends at Myreside and, in normal times, I always enjoy my Saturday afternoons down at the club,” Stavvy, who has also been involved with the discipline side of things within Scottish Rugby and further afield such as in the Guinness PRO14 over the years, said.

“When I was a player, I would not have imagined I might still be involved so much all of these years later, but the club has been good to me and I just try to give back as much as I can.

“In recent years a number of members who I am close to have helped me a lot while I have had to deal with some health issues and for those friendships I am very grateful.

“I have also loved watching so many players go on and play for Scotland at various levels after they have had a stint at Myreside while seeing the club lift trophies in any form is always a great feeling.

“There are a hardcore band of people in the background who keep the club ticking over and I just try and do my bit as best I can.”

In his first few years out of school, front-rower Stavvy did play for the club fleetingly, but he mainly turned out for the rugby club at the University of Aberdeen while he was in the Granite City studying Law until 1984.

“Those were fun days playing for the university team, there were quite a few guys from Edinburgh up there at the time while I was lucky enough to play for a Scottish Students team that beat a Scotland under-21 side featuring Gavin Hastings,” Stavvy recounts gleefully.

“From 1984 I was back based in Edinburgh and played for the club pretty consistently until about 1991.

“I ran the bar in the clubhouse from 1987 to 1997 while after my playing days I got involved in coaching and with the 2nd XV and the 2As. The great thing about coaching those sides was that youngsters with quite a bit of talent would come in at that level before graduation to the 1st XV, so I was involved with squads that feature future Scotland caps like Jamie Mayer, Derrick Lee and Duncan Hodge in the mid-1990s.

“The club had some success at those levels during that time and it was good to coach alongside guys like Mark Watters, Paul Di Rollo and Andrew Ker.” 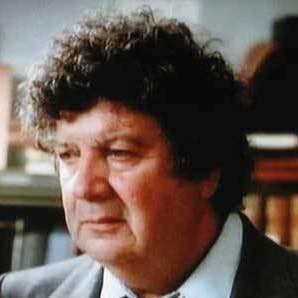 And for those who do not know, the nickname Stavvy was given to him 47 years ago while at school because he had a resemblance to the character Stavros - played by George Savalas - in the 1970s TV crime series Kojak.

“Unfortunately, I contracted pneumonia during my time as President, but others on the Committee stepped up to help me and I am pleased so many years later that I am still involved in keeping the club running successfully,” the man who has been on many club tours with WFC, states.

“This last 13 months has been tough, I have missed not seeing everyone down at the club and having a laugh on a Saturday. It has mainly been work [he runs Leslie & Co] for me, so I am looking forward to season 2021/22 being a bit more normal and catching up with everyone for a laugh again.”

In the main photo Stavvy is pictured with Andrew Ker and Steven McColl at the 2019 PRO14 final at Celtic Park, the smaller photo is Stavros from Kojak

If Stavvy's story has made you keen to get involved and volunteer with the club, we would love to hear from you, please contact Club Administrator Fi Sharman on info@watsoniansrugby.com 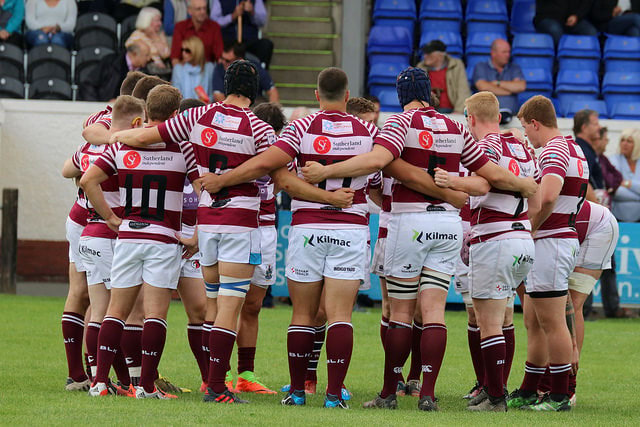