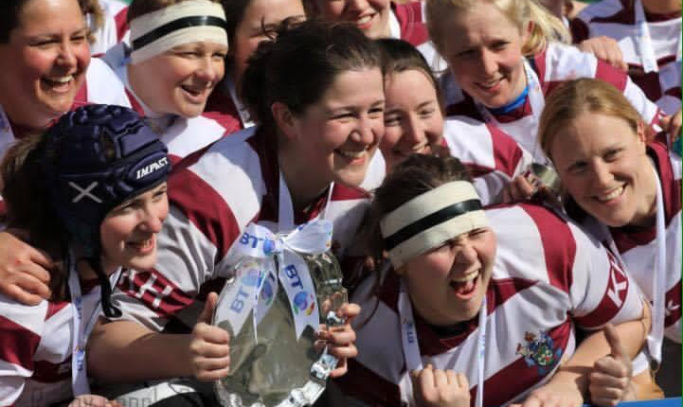 We catch up with Women's section club captain Emily Cotterill...

The last few years have been great for the WFC Women’s section and Emily Cotterill has played a massive part in that.

The playing depth in the section has also grown a lot meaning that there is a bright future ahead while the social side of things has continued to go from strength-to-strength with lifelong friendships made allowing members of the Women’s XV to support each other when former team mates Keri Holdsworth and Rachel Collins passed away in 2014 and 2018 respectively. 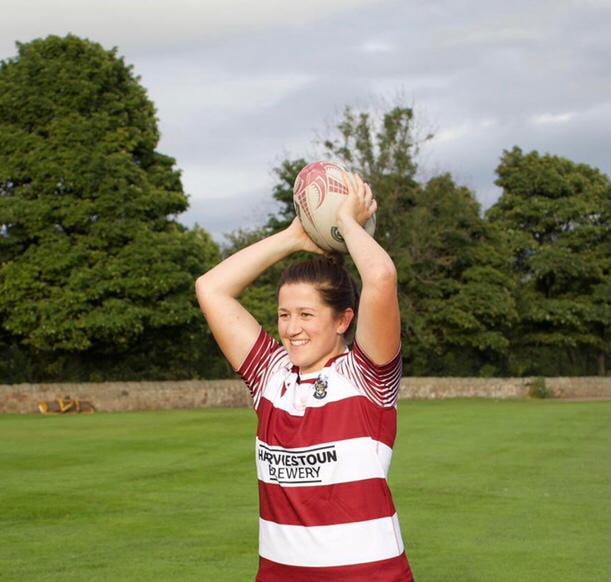 Emily, now 34, was born in Sutton Coldfield in the English Midlands, but was brought up in a village in Warwickshire called Fenny Drayton before spending most of her teens in Leicestershire.

She first played rugby when she was joined the mini rugby section at her local club, but as she grew a bit older there were no girls teams nearby, so she turned to hockey.

“I played hockey for Leicester Ladies and I was the youngest ever goalkeeper to play in the Premiership aged 16,” Emily said.

“Goalkeeping was awesome! It is not everyone’s cup of tea, but I loved it from one of my first training sessions and I enjoyed diving about and getting involved in the game a lot.

“With Leicester I gained a lot of experience at a young age and that helped me to earn England age-grade hockey caps all the way up to under-21 level. I was lucky to go to a junior World Cup in Chile and that was an amazing experience.

“By that stage I was at Loughborough University and enjoying my hockey, but I still had a desire to switch back to rugby and although I broke my ankle at one of my first rugby sessions back, it didn’t deter me.

“I joined Loughborough Town and played with them for a while before my job took me northwards.” 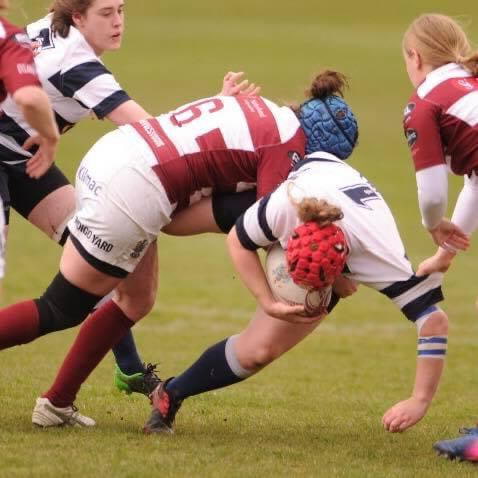 It was 2011 when Emily first turned up to training with the Women’s section having relocated to Edinburgh.

Like many when moving to a new base, she had found the club using Google (other search engines are available…) and settled in straight away.

“Everyone was so welcoming to me right from the off,” Emily, who has previously been team captain and is currently Women’s club captain, recounts.

“At that time there were quite a lot of experienced players around and although numbers weren’t massive, everyone gave their all week in and week out and that hard work showed me what play for Watsonians was all going to be about.

“Many won’t believe it, but when I first arrived I was a shy, retiring little thing and that group of players really helped me start to enjoy life in Edinburgh and joining the club was one of the best decisions I have ever made.

“As the squad was quite small, I started to get regular game time and around 2014/15 I was given the honour of being captain.

“That was a big thing for me and I knew how committed everyone was to the cause because in 2014 Keri had very sadly passed away and although it was a very tough time for everyone connected to the club it made us stronger as a playing group and we really were like a family helping each other through that time.” 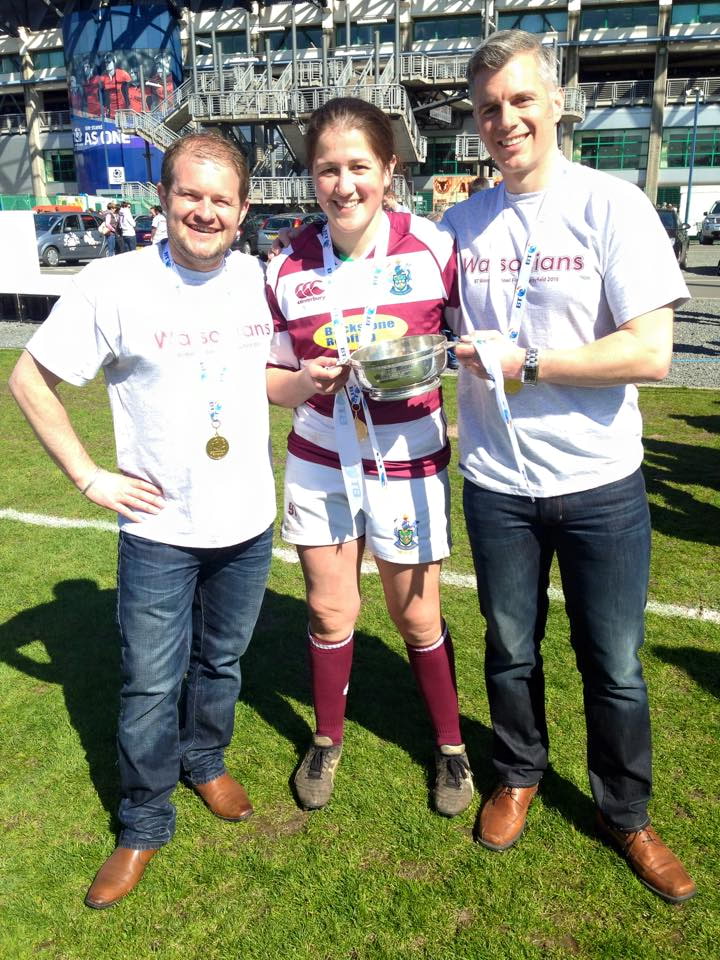 Just less than a year after Keri’s passing it was fitting that Emily led the team to a Bowl final triumph on the back pitches at Murrayfield and, the following season, they went one better to win the Plate final at the same location.

“That Plate win was after an end-to-end game against Stirling County and I think after that day we sat down and were determined to be competing in the [top level] Sarah Beaney Cup and at the top end of the Premiership in the next few years,” Emily said. 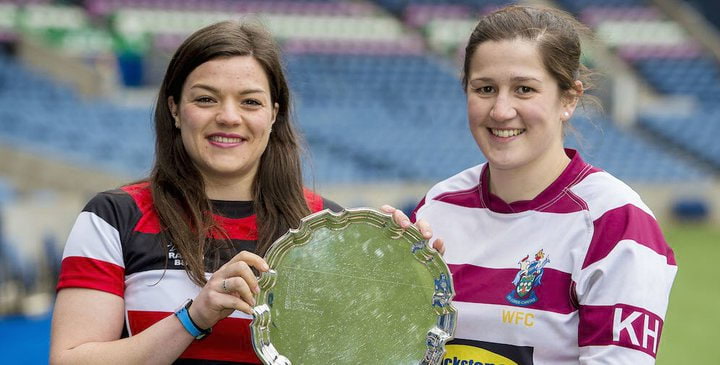 “We knew that wasn’t going to be easy and there were bumps in the road on and off the pitch while we sadly lost Rachel in 2018.

“As a result, to bounce back from a Sarah Beaney Cup final defeat in 2018 to Hillhead/Jordanhill to beat the same opposition 12 months later was amazing.

“To win at Murrayfield and play on the main pitch was brilliant, that day and the celebrations afterwards will never be forgotten - a lot of blood, sweat and tears went into that.

“And to back that up and win the Premiership title in 2019/20 showed that we were here to stay towards the top end of the women’s game in Scotland. 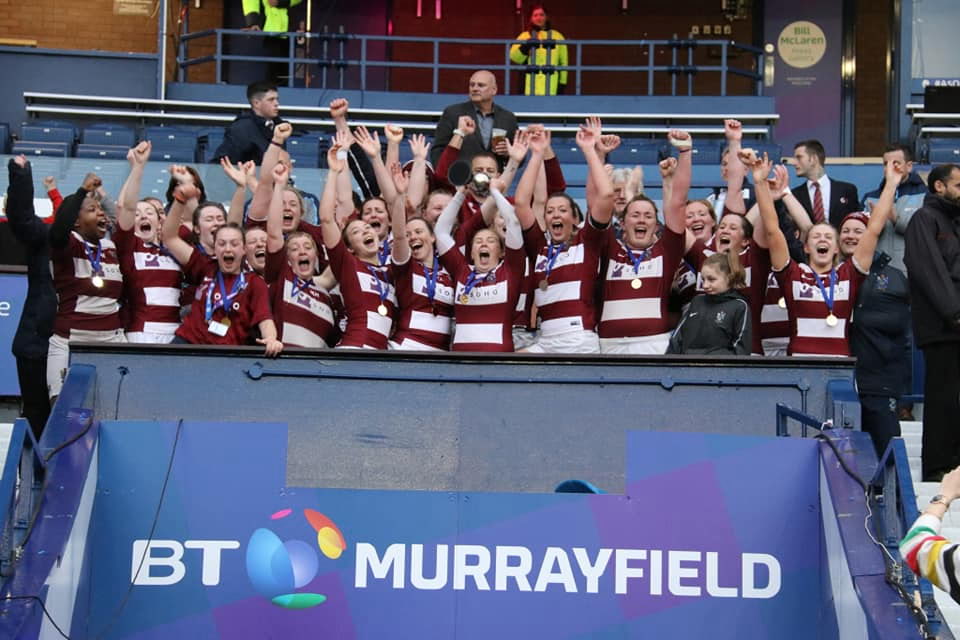 “The last few months have been a struggle at times due to the current climate, but our coaches, senior players and fitness guru Charlotte Runcie have kept us all going and I think the close friendships and bonds within the squad has really helped everyone deal with these strange times as best they can.

“Like everyone else I can’t wait to get back playing in 2021 while with the clubhouse refurbished too the whole club will be bouncing again.

“I can’t believe it has been over nine years since I joined Watsonians, but they have been great times with great people.”