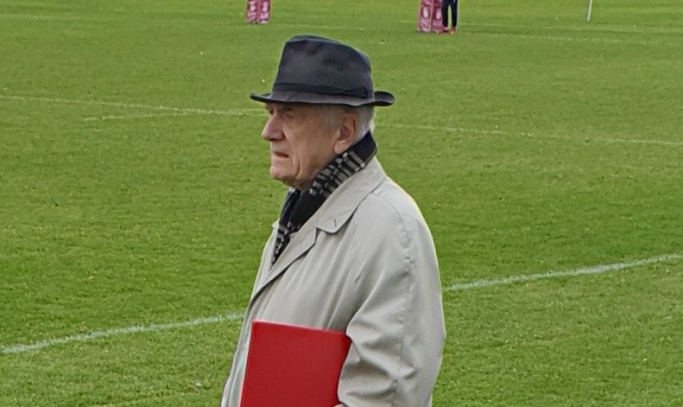 The legend that is Dennis Carmichael was honoured on June 7...

The 2021 Scottish Rugby Community Recognition Award winners from East region were announced in a virtual awards presentation on Monday, June 7 and WFC's Dennis Carmichael was the recipient of the Lifetime Achievement Award.

In the 2019/20 season, the Scottish Rugby annual awards structure was revamped and renamed the ‘Rugby Development Awards’, however in-light of the domestic league coming to a halt as a result of the coronavirus pandemic, this year’s awards followed a new one-off format, focusing on the off-field efforts of clubs and schools across all five regions of Scotland over the course of the last year.

Each winner will shortly receive a personalised trophy and prize from the award sponsor.

Scottish Rugby East Regional Director, David Drummond said: “Our sport has faced so many challenges over the last year, yet players, volunteers and members of the rugby community in the East region have channelled so much energy into helping others.

“We are constantly humbled by the incredible commitment those across our clubs and schools show not only for the sport, but for their local community, charities and other people. The winners completely typify this, and I really can’t offer enough praise.”

Scottish Rugby President, Ian Barr added: “We often say in sport that volunteers are the lifeblood of the game. This year, that hasn’t just been a saying. Rugby volunteers, players and committee members all over the country have shown with their actions, commitment, determination and inspiring acts of kindness just how true that is. I am pleased that we have been able recognise that impact and say thank you to everyone for their efforts with Community Recognition Awards this year.”

The respective award winners and nominees are listed below:

Dennis Carmichael’s history and commitment to Watsonians FC goes back over 70 years to when he was a player, following in the footsteps of his father Jimmy Carmichael, who also won three Scotland caps.

Admittedly not the best player, Dennis’ passion for the sport translated well in off field matters, and in 1962 he took up the mantle as Assistant Secretary to the club, later becoming Secretary in 1964.

In this role Dennis would type up minutes from meetings, complete team sheets and support other club business.

Nowadays Dennis, who had a stint as President in the 1980s, is Team Secretary at the club and is the Honorary President.

WFC President Euan Kennedy said: “People talk about volunteers and club stalwarts or even icons, but none of these terms does justice to Dennis Carmichael’s service to WFC.

“From the days when he used to write the details of a fixture and bus timings on pre-printed postcards and post them to each player in each team following selection meetings, right through to today he has put in so much hard work for the club.

“Even nowadays [when circumstances allow] he can be seen at training sessions and on at matches, meeting and greeting and sorting out team lists to make sure that fixtures go ahead.”

Inspiration Award - brought to you by Tennent’s: Leith RFC

Leith RFC have been recognised for their work with the Citadel in Leith to help vulnerable individuals and families access a range of support during the first lockdown.

In March 2020, the Citadel began being offered fresh meals from a local business to give out to those in need in the local area, but they had no way of delivering these meals quickly, safely and different addresses in the area.

Hearing about this problem, Leith Rugby Club approached to the Citadel to volunteer player’s time and resources to support with delivery.

Very quickly, Leith Rugby Club had a network of players and vehicles which delivered meals, fresh fruit and bread to over 120 families, three times per week. Over the course of 10 weeks the club delivered over 6,400 meals.

But the club didn’t stop there. Their network of volunteers also provided more than 20 lockdown birthday cakes to young people, singing ‘Happy Birthday’ at their door from a safe distance, collected toys and games to keep families entertained during lockdown, delivered emergency supplies of nappies and food to young mums, and provided much needed doorstep chat to isolated individuals and pensioners who were lonely.

Many of the team members have since become regular Citadel volunteers and are now poised to support young people in youth clubs, groups and wider programmes when they resume.

Gala YM were nominated by club member Dr George Jaramillo, who credits the club for their “immense patience, trust, openness and camaraderie” shown to him since joining the team in 2019.

George is an openly gay man and described how the club has helped to change his own pre-conceived notions of rugby, saying: “I have found that the team members have always been supportive, open, and encouraging. Yes, there will always be banter, however, I have never felt ostracised, belittled, or prejudiced due to my sexual orientation.

“Though this may not be a big deal, the simple gestures of inviting me to an evening out to the pub, taking the time to show me a tackling move or just to take part in a quick game of touch rugby, has been remarkably significant for me.”

The global pandemic brought with it a lot of hardship for communities around the world, the UK and specifically in Leith.

John brought together no less than 24 different charities and organisations from around Edinburgh including Leith Rugby, Trinity RFC and BATS, to create ‘Leith Gives’.

The collaborative Leith Gives project seeks to help those on low incomes who have been struggling through the pandemic, and those whose circumstances, health or employment, has changed due to COVID, being pushed into further hardship.

John is being recognised as instrumental in the coordination of a range of aspects of the project, including the day-to-day delivery of its operation. Since its formation, Leith Gives have delivered approximately 14,000 meals, over 1,000 Christmas gifts and nearly 400 digital devices to those in the community most in need.

Charity Fundraiser Award - brought to you by Tennent’s: Lismore RFC

South Edinburgh based rugby club, Lismore RFC, raised over £4,500 for charitable causes and donated over 245 kilograms of food to the SE Edinburgh Foodbank during between March and July 2020.

£3,500 was raised in a virtual race across the world against their Australian counterpart club – also named Lismore RFC. The club completed the challenge in 52 days, splitting the money 50/50 with The Trussell Trust.

The club also raised over £1,000 for sight loss charity Sight Scotland through virtual quizzes to support the charities covid-19 urgent appeal. These quizzes brought together club members past and present from across the globe including America, Ireland and even South Africa.

17-year-old Ben Liddall was involved in a cycling accident in July 2020, which left him with concussion. Following two weeks of bed rest, which gave him lots of time to think, Ben decided to take up running to aid his recovery.

Inspired by Doddie Weir’s autobiography, which he read whilst on bed rest, Ben set himself the incredible challenge of running 1,042 miles in 100 consecutive days, to raise money for the My Name’5 Doddie Foundation.

Competing his first run on 1 January 2021, the target of 1,042 miles was inspired by the Six Nations competition, equalling the circular distance between the four home nations’ stadiums.

Having originally set a target of £50, by the end of the challenge Ben raised over £6,000 for My Name’5 Doddie Foundation. 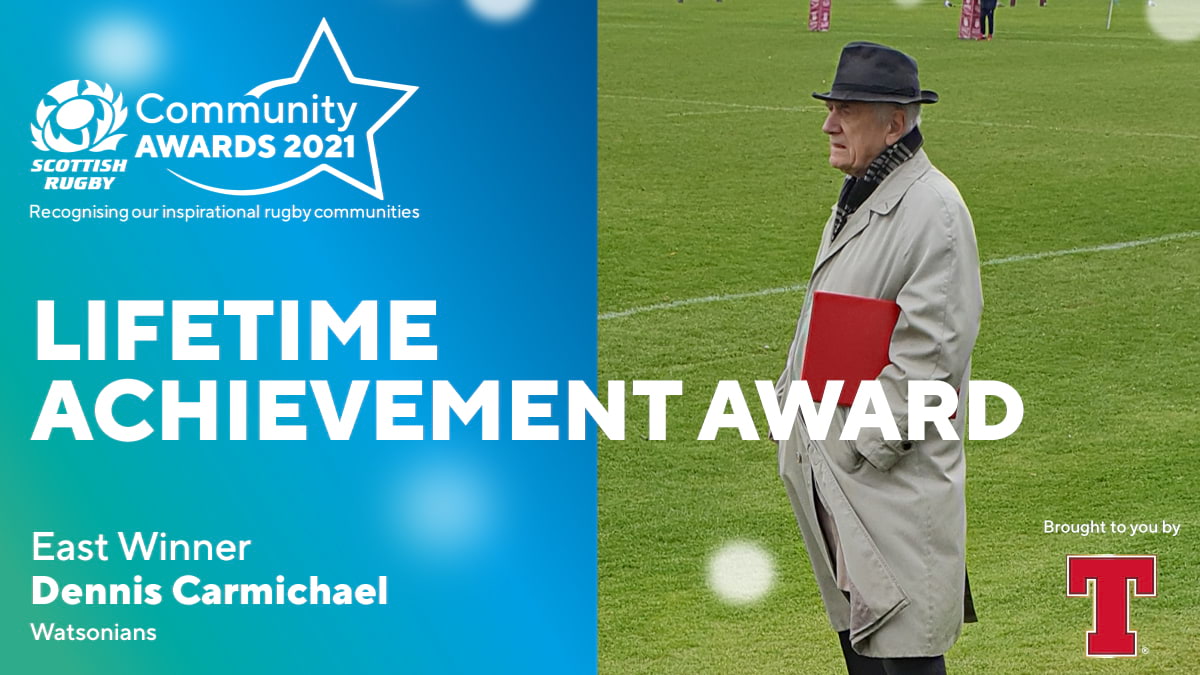