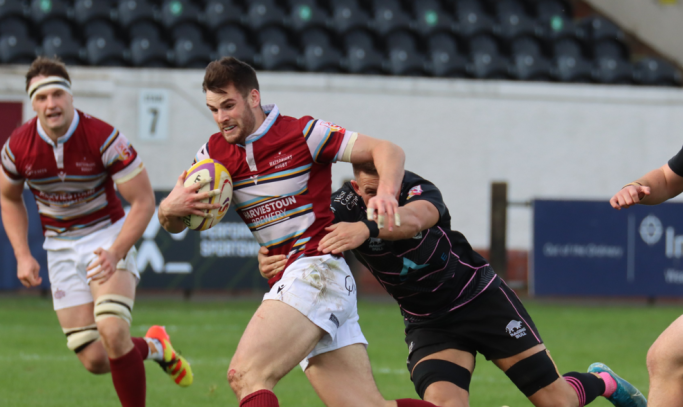 Jamie Hodgson and Rufus McLean amongst others in there...

Just days after starring for Watsonians Rugby on FOSROC Super6 duty, Matt Currie has been named in the 36-man Scotland training squad that will meet up on Sunday alongside fellow uncapped players with club connections Jamie Hodgson and Rufus McLean - well done from all at Myreside.

On Wednesday, Scotland Head Coach Gregor Townsend named a 36-man squad for a two day training camp ahead of the first game of the 2021 Autumn Nations Series.

The group brings together predominantly home-based players, 19 of whom featured in the 2021 Scotland summer squad which was unable to play its three intended matches due to Covid-19.

The training squad will convene on Sunday, October 17 and train on Monday, October 18 at Oriam High Performance centre outside Edinburgh.

Speaking on the selection, Townsend said: “It has been great to see both Edinburgh Rugby and Glasgow Warriors make positive starts to their URC campaigns driven by some standout performances from both young and established players.

“With four tough Test matches ahead of us in this year’s Autumn Nations Series it is important we bring players together early, connect with them as coaches and enable them to grow as a group before the campaign gets underway against Tonga at BT Murrayfield. We’ll then move on to the challenge of facing in-form Australia, World Champions South Africa and a very dangerous Japan team.

“We are pleased with the depth we are able to call upon to make up this training squad and it provides a genuine opportunity for players to put their hand up for selection to the full Autumn Nations Series squad.”

Get tickets for the Stirling County FOSROC Super6 play-off match being played on Friday, October 15 here

Get down to Myreside for a Super Sunday