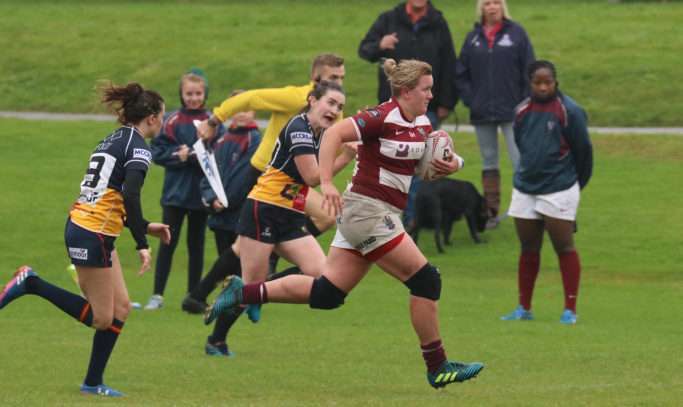 Many of those left disappointed by the national team’s steep loss to Ireland on Sunday morning were able to find solace in the thrills, spills and tremendous collisions of the first meeting of the season between Watsonians and Hillhead/Jordanhill on Sunday afternoon.

Dominant forces in the league and cup last season, both teams gave it their all for the full 80 as they vied for the top spot in the league.

Perhaps symptomatic of the high stakes of the game, penalties against both teams were not in short supply and it was Watsonians who were first to infringe, offering Hills a chance to apply pressure early on.

The tide soon turned however and a line out deep within Hill/Jills territory led to Anna Forsyth - described by former Watsonians coach Euan Lyster as being in possession of a “disgusting amount of pace” - to score her first of the game.

A quick reply from Hill/Jills followed as they regained possession soon after kick off and forced a Watsonian penalty before bludgeoning their way through to make it over the white line. 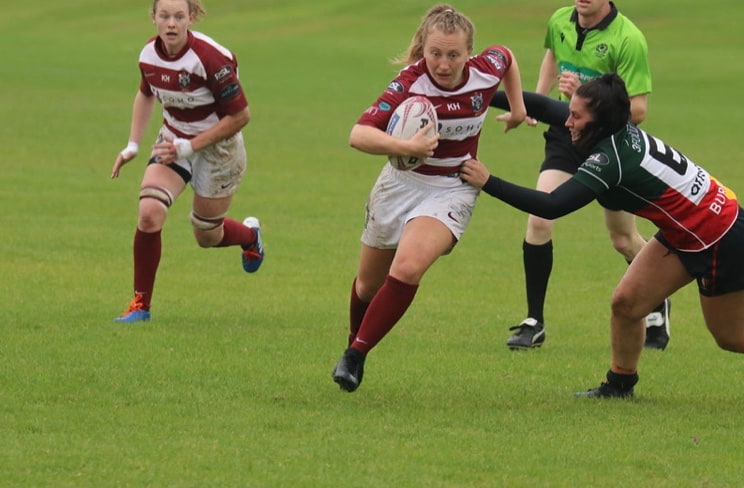 An almighty kick off by Watsonians number 10, Nicola Nightingale, then made its way through the visiting team’s defences who seemed momentarily caught off guard as Megan Gaffney flew through to touch the ball down for another home try.

Formerly a talisman for Hill/Jills, Watsonians’ recent acquisition of centre Hannah Smith bore fruit once more as the home side made best use of a scrum awarded after a knock on in the line out and fed the ball to Smith who galloped under the posts to increase the maroon lead.

We are without a long enough word limit to do justice to the effort put in by the forwards from each team, those watching were certainly entertained by the non-stop brutality and skill displayed by both packs.

Lining up against each and delivering some spectacular hits were twins Caitlin and Philippa Abernethy - the former opting for a maroon and white jersey while the latter has signed for Hill/Jills.

Named woman of the game by the opposition, Watsonians’ Alice King, put in a sterling shift throughout the match, although credit is due to Hills for needing only two to three players to take her down each time - previous teams have had to deploy many more to stop this mountain that moves like a Clydesdale in a hurry. 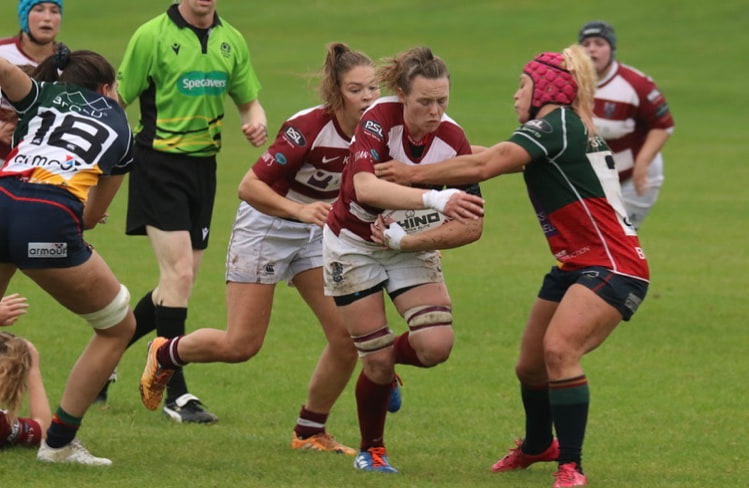 Keeping the tempo high after another penalty - this time against Hill/Jills - centre Claire Bain and scrum-half Hannah Davisson were instrumental in delivering some furious phases of play that shifted the ball wide to the right, offering Forsyth room to make another charge down the left wing.

A huge hit put in on Forsyth however denied Watsonians the try and held up play for a short time before a clearing kick from Hill/Jills was answered by King, capitalising on some smart play from the forwards and making it over the white line.

An aggressive response from the visitors followed and as well as sustaining a great performance throughout the game, Hills/Jills’ 14 charged over the Watsonians try line in no time at all.

Determined to pile on the pressure, Hill/Jills then put together a superb maul that eventually forced a penalty from the home-side, but with the white line still some distance away, Watsonians managed to hold out till half-time.

Fresh legs in the form of vice-captain Isla Craigie and forward Celine Thery played an important part in delivering a second half peppered with big hits and tenacious counter-rucking.

A game featuring such forceful tackles is bound to yield some injuries - not long after the substitution of Rebekan Nolan, the formidable Issy Drexler was helped off the pitch meaning there was no rest for the wicked(ly good) Nolan who returned to the field to keep up a doggedly powerful performance.

Freya Gannon Burns went home happy after receiving the woman of the game accolade from her team mates - well deserved for handing off the opposition more times that a hipster might smash an avocado.

A full-time result of 38 points to 17 is one Watsonians will be delighted with but there will be no resting on their laurels, not with the increasingly threatening Corstorphine to play on October 6 and after such a brutal encounter with Hills who will no doubt be looking for revenge later in the season.