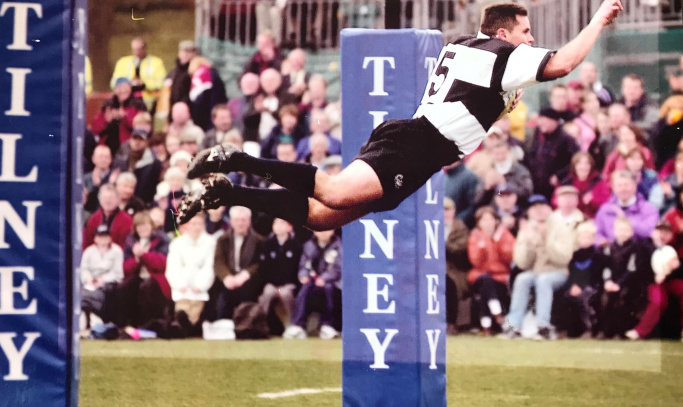 There are few people who have played as big a part in the recent success of the Watsonians first VII than head coach Conan Sharman.

The former Scotland ‘A’, Scotland Sevens and Edinburgh Rugby winger was brought to Myreside by ex-team mate Marcus Di Rollo some seven years ago and since then he has become a familiar face around the club, coaching the second XV and working with the sevens players.

Ahead of the club dinner, he has taken some time out to reflect on the achievement of the first VII winning the Kings of the Sevens for a third year in a row.

“Sevens is a passion of mine and I thrive in that environment, so to have helped the players achieve what they have in the last few years is really a huge plus for me and something I am proud of,” he said.

“I have been involved with the club for seven years now. Marcus was coaching the sevens team when I arrived and then he asked me to help him out and things just went from there.

“At that time Melrose, Gala and Jed were always there and there about. I suppose the beauty of the last five years or so has been that we have had a core group of sevens players who have consistently been there to build things around.

“The first two years of those five were building blocks and we have reaped the rewards over the last three years to win the Kings of the Sevens titles.

“The two key things for us has been those core players and just playing a lot of ties. You can do all you want in training, but until young players have played competitive ties they don’t start learning fully about their own game and about the game of sevens.

“We have also been able to back up Saturdays with Sunday performances which is also key.

“When the core guys we have - the likes of Ewan Miller, Rory Steele, Andrew Skeen, Scott McKean and others - get going, they are almost unstoppable and it allows young guys, like Chris Bell and Harry Fisher this year, to come in and find their feet at this level.

“It has been good working with David Harris over the years with the sevens team as he puts in a huge amount of work, while Mike Ker has come on board and has some really excellent ideas so there is a good blend there. 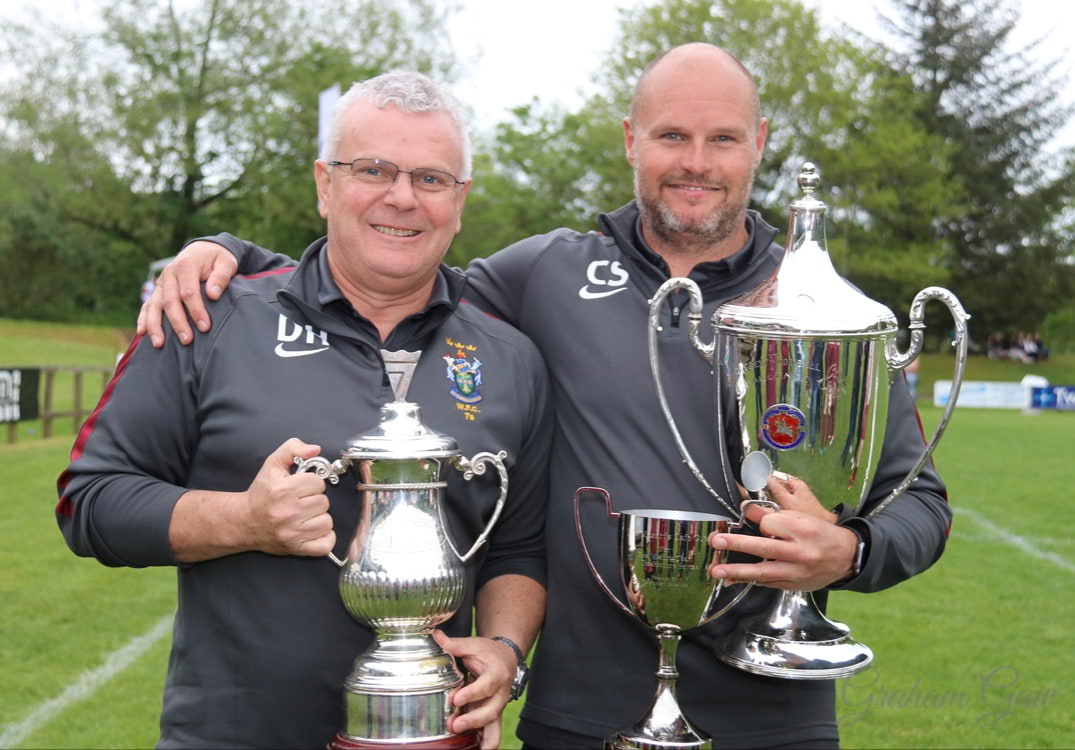 “At the end of long XVs seasons some guys are normally champing at the bit to get into sevens and those who do get involved always put everything into it and so do we as the coaching and off field staff.”

Conan, now 45, grew up in South Africa and his father was from Aberdeen.

As a result, in August 1997 he travelled overseas with fellow Natal Shark and ex-Springbok and Scotland hooker John Allan and spent two years in London before moving to Edinburgh where he spent five years with Edinburgh.

During his time in Edinburgh, he represented Scotland ‘A’, Scotland Sevens and the Barbarians FC, the latter at the Melrose Sevens in 2001 when they lifted the trophy.

It means that, coupled with Watsonians win at The Greenyards, Conan is one of the few people to have won the famous event as a player and as a coach.

“It could have all been different though,” Conan explains.

“When the Barbarians won the Melrose Sevens I had spent two seasons with Edinburgh and was set to head back to South Africa that summer, but I was named player of the tournament, Edinburgh kept me on, I met Fi, and the rest is history!

“After my playing days I spent a year in Ireland coaching before another stint in Edinburgh and then we moved to Durban in 2007. 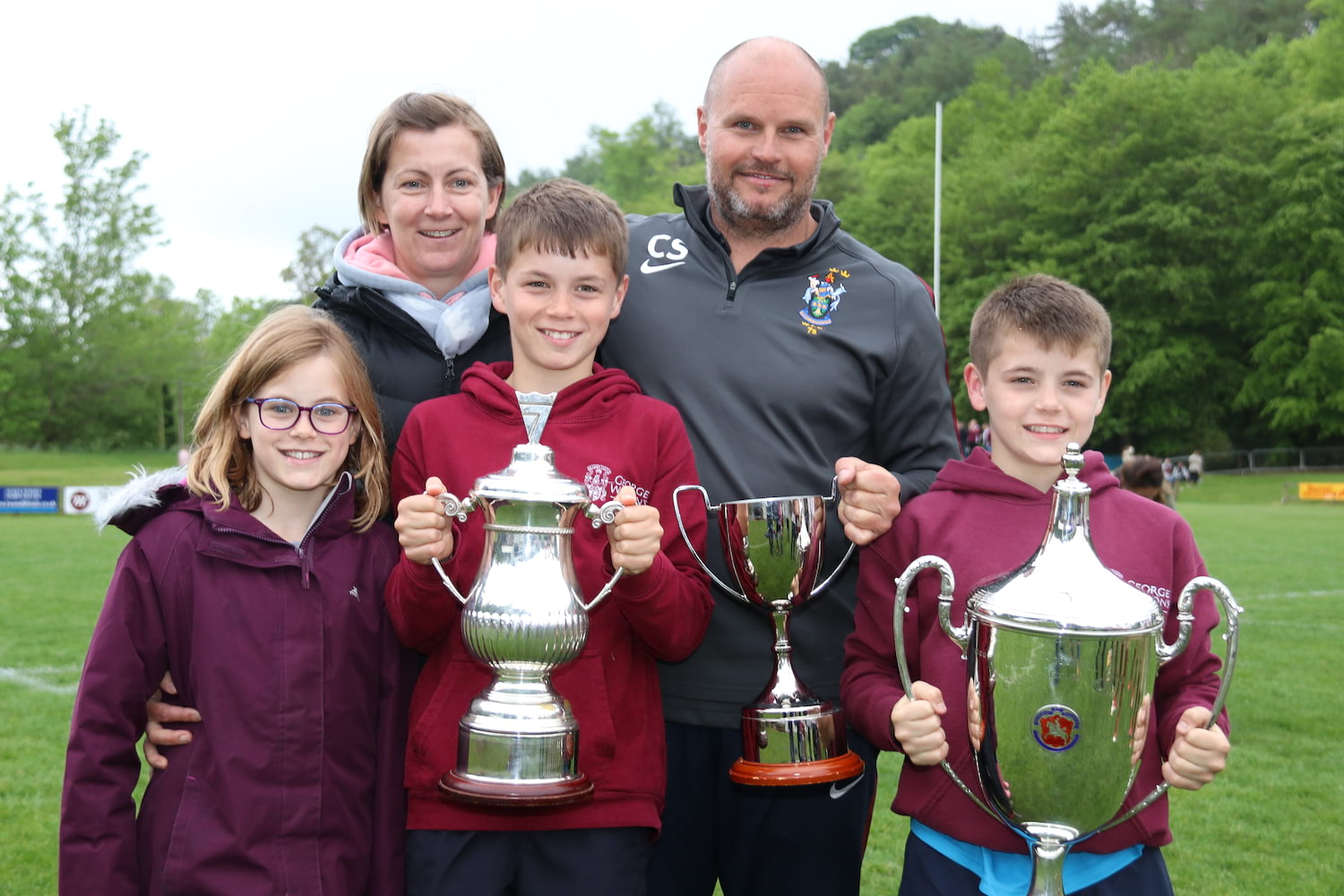 “With a family now we decided to move back to Edinburgh in 2011 and since then I have loved being involved with Watsonians and running my own business [Conan Sharman Plumbing and Drain Cleaning].

“I love coaching and helping to make players better and I take a great deal of pride in the last three years of sevens success.”

The Watsonian end of season dinner takes place at Tynecastle Stadium on Friday, May 31st - we look forward to seeing you all there…