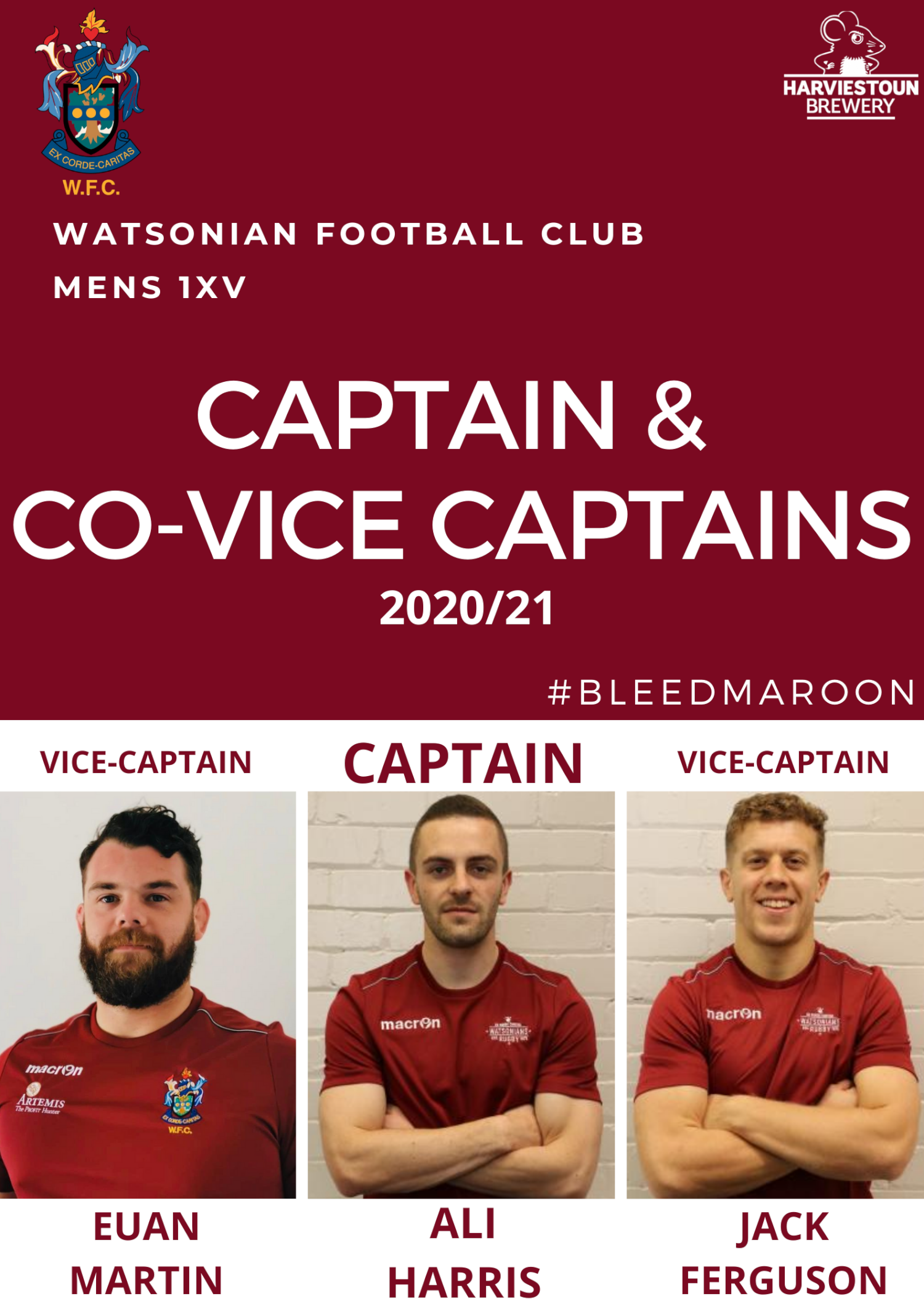 Ali Harris is 'a well kent face' at Myreside having progressed from GWC through the ranks and has been a regular 1XV player over the last few season. Ali has been one of the key members of the victorious 7s side who won back-to-back King of the 7s titles and last season was part of the FOSROC Super6 squad.

Euan Martin - who recently became a Dad - is a bruising second/back row who is keen to lend his experience to some of the younger members of the squad.

Jack Ferguson - a former Scotland 7s International player, is another well known man around the club. Jack who is a former GWC pupil, is vastly experienced in club rugby having played a large amount of his rugby in the 1XV and, like Ali, has been an integral member of the 7s squad over the years.

As a Watsonian, I am privileged to Captain the 1XV for the coming season. We have an exciting young squad and we are all looking forward to getting the season started.

Andy Bell will be assisted by Jason Riley for the coming season. He has also added some valuable experience to his coaching team and we are delighted to announce that Sonian Phil Calvert returns and Luis Arola joins us at Myreside.

Phil will be concentrating on Strength & Conditioning and the overall work rate of the players whilst Luis, who joins us from the Edinburgh University setup, will focus on the Scrum & Breakdown.

We will get to know all the coaches a bit better as we head towards the start of the season! 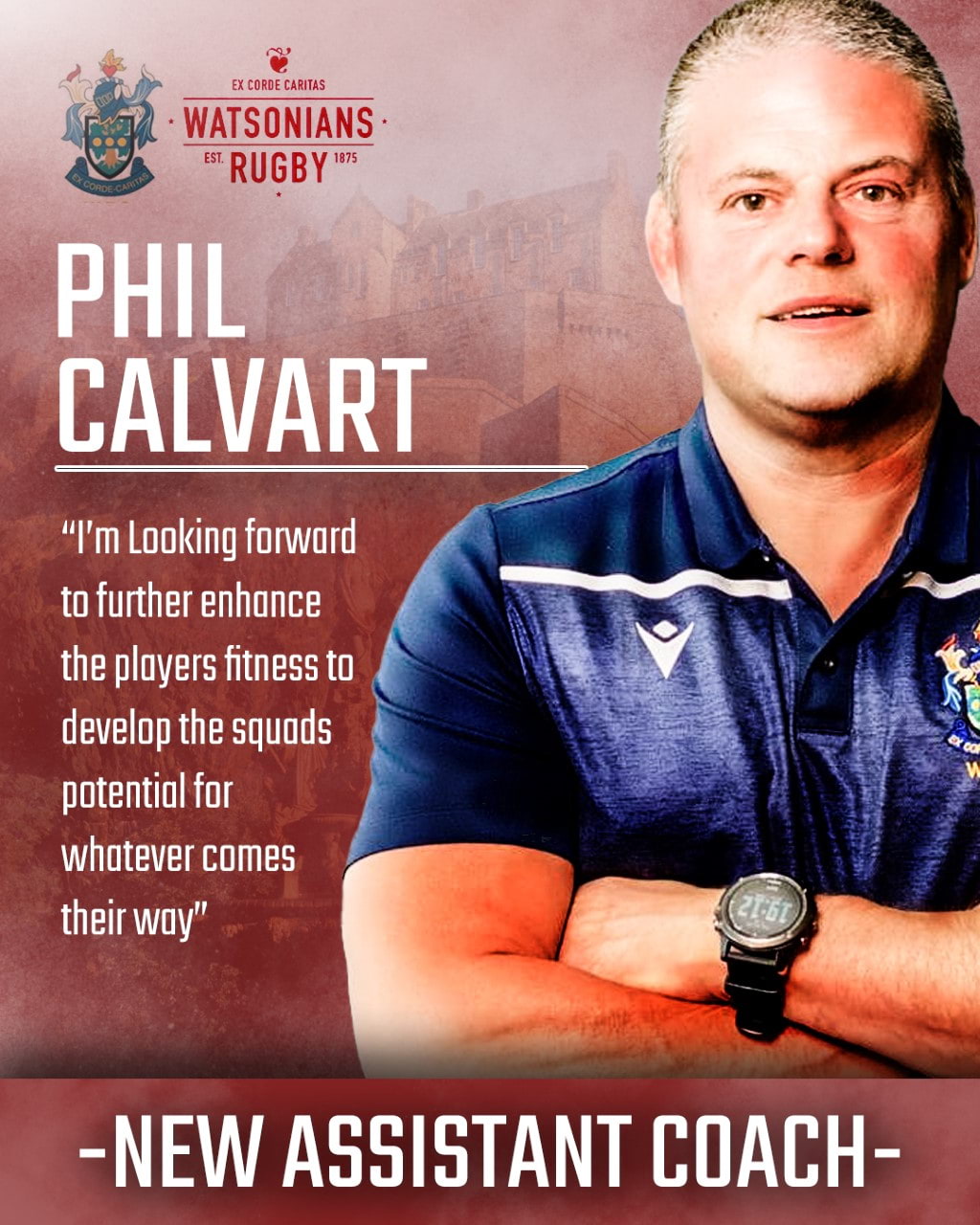 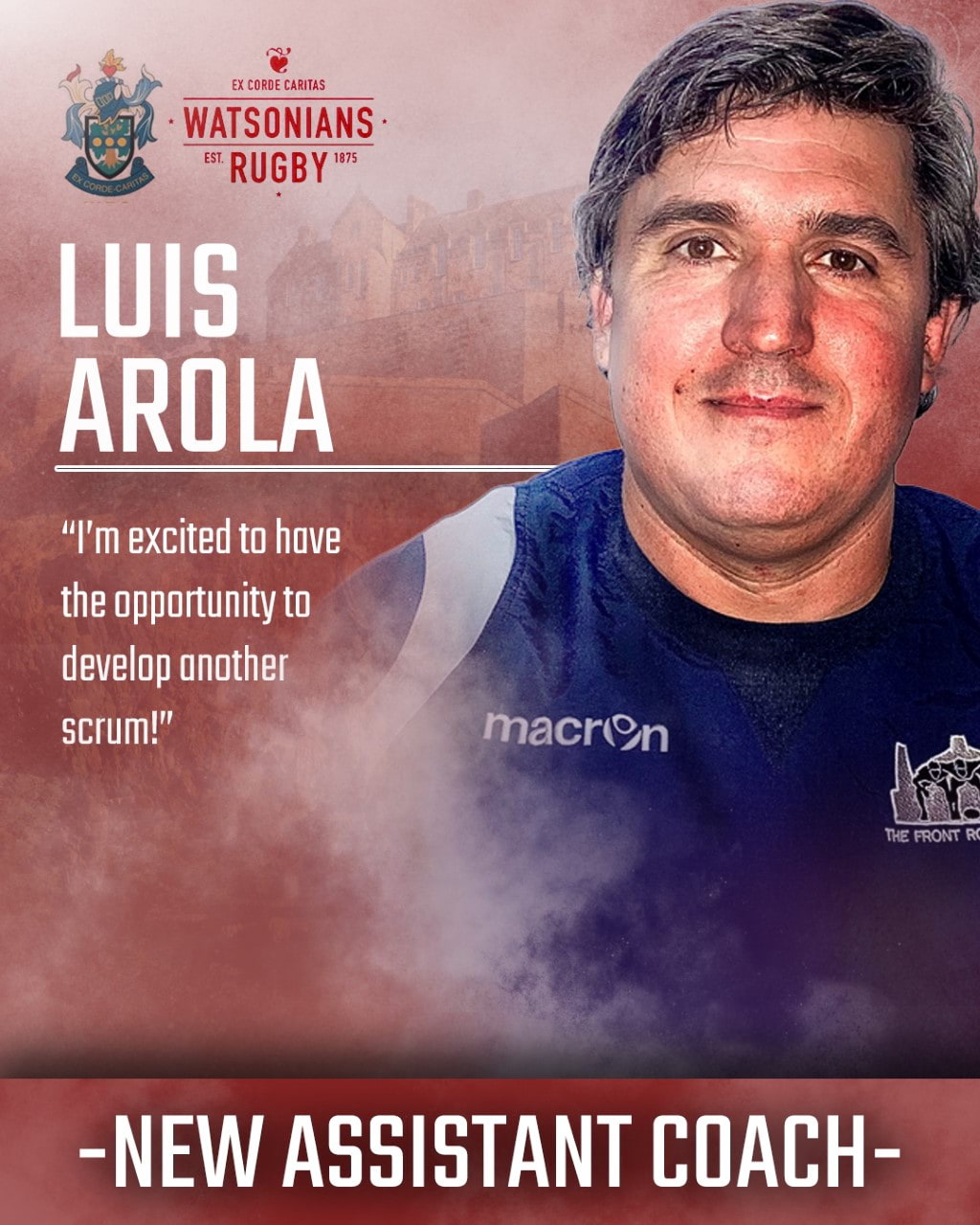 After a rest week, the players will be back at Myreside this week to step up their training towards the start of the season. All new players, of all abilities, are welcome to join us.