Brodie one of the Young-sters coming through at Myreside 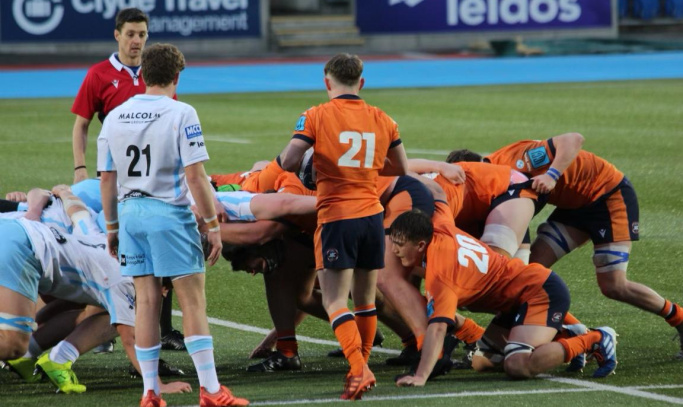 We chat to the teenage scrum-half...

Brodie Young is one of a number of exciting young players breaking through in the Watsonians 1st XV this term - and last Sunday he represented Edinburgh Rugby in the under-20s 1872 Cup against Glasgow Warriors.

Edinburgh lost an entertaining game at Scotstoun 43-21 in the end, but Brodie put in a good shift at scrum-half off the bench in the second half and he has a bright future ahead of him.

In the next few weeks he will be playing for the club in Tennent’s National League Division One whilst pushing for Scotland under-20 selection for the 2022 age-grade Six Nations.

“It was a good match on Sunday to be able to test myself against other good players who are around my age and a year older and although we didn’t win everyone in the Edinburgh squad worked really hard,” the 18-year-old said.

“Having missed so much rugby during the pandemic times it is great to just be playing regularly and, having now moved into senior rugby post-school, I am learning all of the time and trying to get better each week.”

So, where did Brodie’s rugby journey begin?

He started playing when he was very young for the Watsonians Warriors and then things took off from there with the club and at George Watson’s College.

“I played a lot of cricket when I was younger too and I also loved my squash and managed to play for Scotland at under-15 level, but at that stage juggling all of my sporting commitments was getting a bit tricky, so I decided to focus on rugby and I am glad I did,” the teenager who previously played winger and stand-off before becoming a regular number nine explains.

“In my fourth year at school [2018/19] we managed to win the Scottish Schools Cup at under-16 level - beating the High School of Dundee in the final - and playing at BT Murrayfield at that age was a big thrill.

“We also reached the Scottish Schools Cup under-18 final. Unfortunately, we lost that match to Stewart’s Melville, but it was a great experience to be playing at Murrayfield again.

“The pandemic then hit in March 2020 and it really impacted my S6 too in terms of rugby.

“We didn’t get to play a regular rugby season, but we did manage to play one game towards the end of the year against Stewart’s Melville at Peffermill and it was good to have one last run out with my friends who I’d grown up with.

“We managed to win the game which was nice while throughout that year coaches Michael Ker and Fergus Scott kept us motivated and training as hard as we could.

“It was also nice that Mr Ker was the coach for that final game because he had coached me a lot of the years and has been a bit help to me.”

This year - 2021/22 - Brodie, who is part of Scottish Rugby’s FOSROC Academy and has previous been involved with Scotland under-18s, is focusing purely on his rugby and, although results have not been going the way the team has wanted, he has loved being a part of the WFC 1st XV.

“Being a Watson’s boy I always wanted to play for the club after school and it has been a good challenge in recent months stepping up to senior rugby,” he said.

“I enjoyed working with Andrew Bell before he moved down south and now current head coach Jason Riley is doing a great job with the squad.

“There have been some tough results to take, but we are a young group that is learning all of the time and we have a good team spirit.” 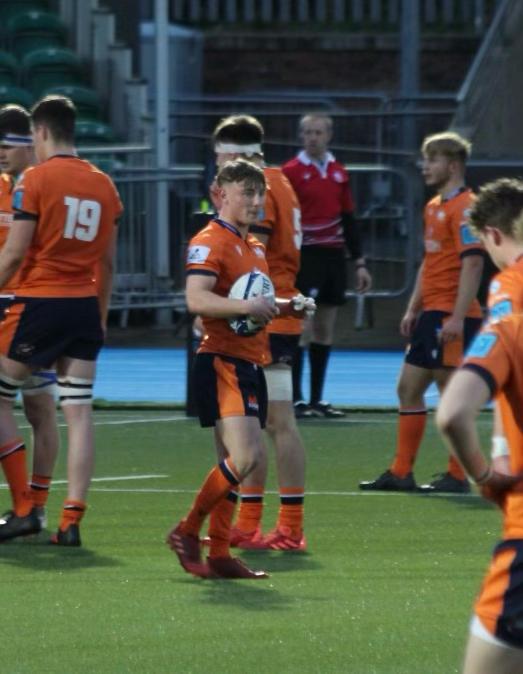