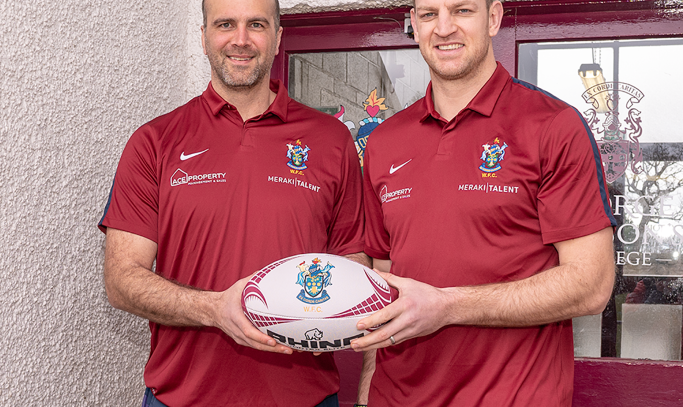 WFC are delighted to announce Fergus Pringle as Head Coach with Nikki Walker as his Assistant for the Super 6 team.

WFC are delighted to announce the new Head Coach and Assistant Coach who will lead the club into Super 6 in 2019/20.

Head Coach Fergus Pringle will be joined by Assistant Coach Nikki Walker at Myreside with both men having a vast knowledge of the game at all levels and years of experience of players and coaches.

Pringle replaces Steve Lawrie who recently departed the club to take up a role as assistant forwards coach at Edinburgh Rugby and the club believe he is the right man to lead them forward into the new competition which starts after the Rugby World Cup later this year.

He played professionally for Edinburgh Rugby and played for Scotland A while assistant Walker earned 24 caps for Scotland.

WFC Director of Rugby Chris Hunter said “We are delighted to appoint Fergus and Nikki as Head Coach and Assistant Coach respectively. They are both very experienced and have great knowledge of the Scottish club game. Fergus and Nikki clearly share the club’s ambitions as we embark on Super 6 and that was a big draw for the club.

“On behalf of WFC, I would like to welcome them to Myreside.”

Pringle arrived on these shores in 2003, playing firstly for Hawick and then for Edinburgh in the second-row.

He served Edinburgh with distinction from 2004 until 2008 and, during the 2007/08 season, also helped Boroughmuir on the field to win the top flight title.

After leaving the pro game for good in the summer of 2008 he assisted Eamon John at Boroughmuir in the coaching department before serving as head coach for four years at Meggetland until 2013.

Since then he has had a stint working as forwards coach at Currie, coached the Romania under-20 national side in 2017/18 and has been working as a rugby development officer in East Lothian.

The 41-year-old has also completed his Level 4 coaching qualification and said:“I am delighted to be given the opportunity of being the head coach of Watsonians.

“They are a club that I have always admired with strong traditions and Stevie has done a great job in the last two seasons to get them competing for play off places.

I'm looking forward to working with Nikki, the support staff and the players in the new Super 6 format but also with the rest of the teams across the club to build on the success of the whole of Watsonians.

“There is some exciting young talent in Scotland which I have seen first hand working in East Lothian. There are also some really committed club players who want to challenge themselves, reach their full potential and play to the highest standard they can. Super 6 is a great opportunity combine this youth with experience and continue raising standards in the Scottish game.”

Walker, 37, was part of the Hawick team that won the domestic double in 2001/02 and soon after joined the Border Reivers and then earned a first international cap on the wing against Romania in November 2002.

He was part of the Ospreys squad that won two PRO12 titles in 2006/07 and 2009/10 while in a stellar pro club career he also turned out for Worcester Warriors and Edinburgh.

For Scotland he scored six tries and played at the 2007 Rugby World Cup.

In terms of coaching he was head coach at Hawick for three seasons between 2014 and 2017 and since then has been working at Borders College within their rugby programme and has been part of the Scotland under-20 set-up.

He is working towards his Level 4 qualification and stated:“This is a great chance for me to be involved with Super 6.

“I know the club game well having been at Hawick while working with the under-20s has shown me the depth of talent there is coming through.

“Many of those exciting players will be involved in Super 6 and it is up to myself and Fergus to build a strong squad here at Watsonians.

There is already good foundations in place at Myreside and we want to work hard together to build on that and then take things from there as the competition comes around.