Bell to take up an exciting opportunity in full-time rugby 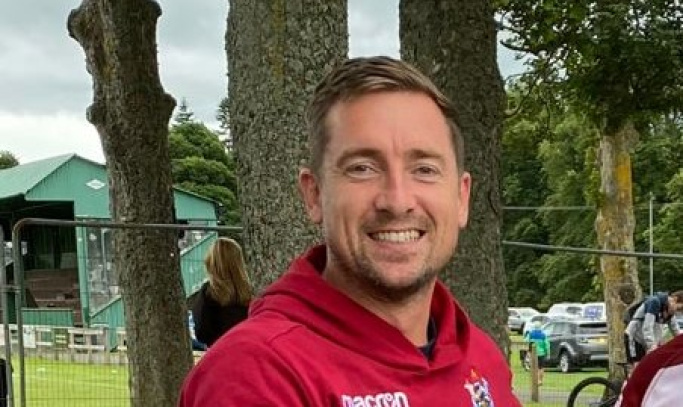 WFC 1st XV Head Coach Andrew Bell will be leaving Myreside later this month to take up an exciting opportunity within full-time rugby with English giants the Bristol Bears.

Andrew has put in a power of work since he took up his post at Myreside in June 2020, working with a new-look and youthful playing squad and diligently preparing a large crop of players for action with the 1st XV and 2nd XV when competitive rugby for 2021/22 begins in the coming weeks.

He has also taken sevens squads to Peebles, Hawick and Gala recently and overseen pre-season friendlies against Currie Chieftains and Edinburgh Accies as well as working closely with Director of Rugby Chris Hunter, Super6 Head Coach Fergus Pringle and other coaches at the club.

As a former Watsonians player, Andrew admits it will be tough to move on, but he will be leaving the 1st XV squad in great hands.

He will be in charge for the first three Tennent’s National League Division One games, starting at home this Saturday to Boroughmuir, before handing over the reins to Assistants Jason Riley and Luis Arola, Team Manager Stan Buchan and the players within the leadership group.

“Having played for Watsonians, I was delighted to get the chance to become 1st XV Head Coach last year and although we have had no competitive rugby as yet, as a coaching group we feel we have put solid structures in place that can help the club sides playing out of Myreside flourish going forward,” Andrew said.

“The young players that we have been working with have been a credit to themselves and the club, they have put in the hard yards and have really bought into the things we have been trying to impress on them such as our identity and playing style.

“I’ll be looking forward to watching them play over the next few weeks and putting into practice the things we have been working on while, once I relocate to Bristol, I will be keeping in touch and keeping a close eye on results that is for sure.”

So, what exactly is Andrew’s new role at Bristol Bears?

“I will be in charge of professional development for the rugby club,” Andrew, who grew up in Bristol, explains.

“The role has three aspects to it. The first is supporting players to develop their own skills and qualifications so that they have things to fall back on post-rugby and that will include 1st XV players, the women’s team and Academy players.

“Secondly, when new players sign for the club, particularly the high profile players coming in from overseas or around the UK, I will be their point of contact to help them settle in the Bristol community before they relocate.

“And thirdly, I will have the opportunity to help with the club’s ‘A’ team play matches on Monday evenings.

“They play against other Premiership ‘A’ sides and I will be helping from a team management and logistics side of things, I’ll be getting involved in some coaching at the club when I can, looking to learn from Director of Rugby Pat Lam and the other expert coaches that are there.”

On Andrew’s departure, WFC Director of Rugby Chris Hunter said: “It has been a tough 18 months in the rugby context, but Andrew has managed to maintain, recruit and build an exciting young squad to compete in National One this season.

“We never want to lose a Head Coach and particularly at this stage of the season, however, as a club we are delighted to see Andrew take on a really exciting role with one of the biggest clubs in the English Premiership.

“This is another fine example of what hard work and dedication can do for any aspiring coach involved in Scottish rugby.

“Andrew has also built a strong coaching and backroom team who work very closely together.

“We would like to wish Andrew and his family all the best with their new adventure in Bristol.

“A further announcement regarding the coaching team for the 1st XV will follow.”

Echoing Chris’ sentiments, everyone at the club wishes Andrew and his family all the best with their next move and we hope to see them back at Myreside at some point in the future.

The 1st XV start their league season at home on Saturday against Boroughmuir (3pm), get along if you can