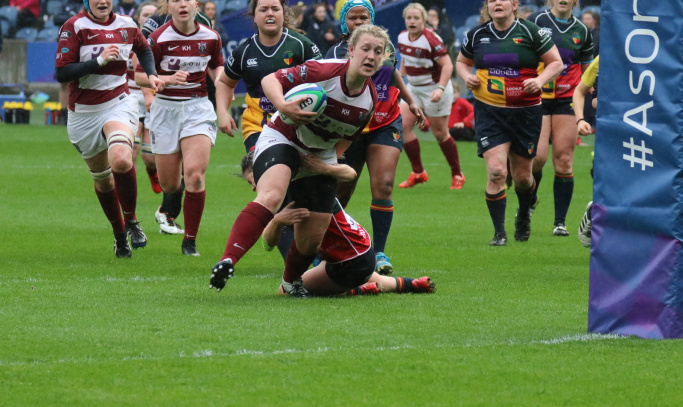 When most of us were 19 we could only dream of one day running out at the national stadium to play for the team we love, but at that age Ladies XV loosehead prop Ailie Tucker has already done that three times.

In the past she had represented Biggar at BT Murrayfield in under-15 and 18 Cup finals, winning both.

And on Saturday, at the end of her first year of senior rugby which has also involved a positional change, she was at it again to help the Ladies XV to a famous Sarah Beaney Cup triumph as they saw off Hillhead/Jordanhill 21-17.

And not just content with scrummaging well and doing her bit around the park on Saturday evening, Ailie also weighed in with a cracking try for the team.

“It still hasn’t really sunk in yet,” Ailie said.

“It is a bit surreal, but we worked so hard to get to the Cup final and we knew what we had to do to get the win and it was so great that we were able to put that performance in when it mattered.

“Coming through the youth section at Biggar I was lucky enough to win two finals at Murrayfield - so I have three out of three now!

“I knew moving into senior rugby this year that I wanted to move to a club with a hard working group of players that would push me on to become better and I have certainly found that at Watsonians.

“From day one everyone has been so welcoming because it can be quite daunting coming into a big squad as someone younger, but the move has not disappointed that is for sure."

“Playing in the league before Christmas I felt like I had to prove myself because there was a lot of competition for places in the pack and a lot of people watching on to see how I would do.

“I felt I did okay and by getting more and more game under my belt I started to feel more comfortable while I was learning things all the time.”

In terms of learning for Ailie, that was increased somewhat when she moved from the back-row to the front-row.

“When it was first mooted I thought ‘why not give it a go?’ and I am glad that I did,” the teenager who works on her family farm said.

“I have had so many great people around me to learn from like Lana Skeldon and Molly Wright and Molly in particular, being a tighthead, has been really good at helping me to understand what a loosehead can do to get under the skin of the opposition.

“On Saturday I was really just concentrating on my role and trying to win ball along with the forwards to release our dangerous backs, but when the ball came to me and the space opened up I though ‘just go for it’ and it was a brilliant feeling to score a try in such a big game, one I definitely will not forget!” 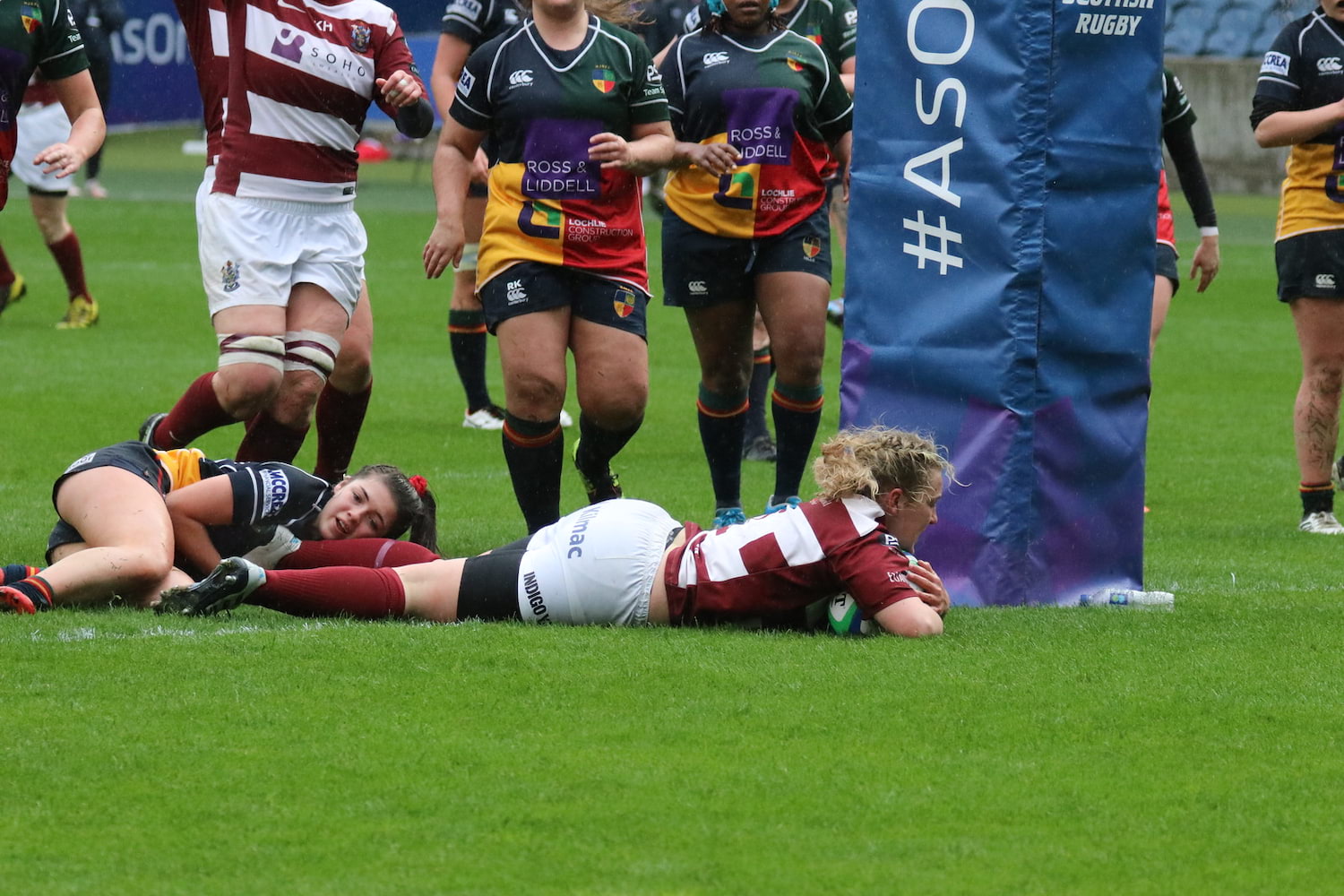 Few of a maroon and white persuasion who were at the stadium at the weekend or watching on BBC ALBA will forget the defensive resolve the team showed in the last seven minutes with Megan Gaffney in the sin bin and with Hills hunting a winner.

At the time Ailie was on the sidelines and admits it was a tense watch, but she always backed the players left out there to see the job through.

“When Halfers [captain Nicola Nightingale] kicked the ball into the stand we all just ran onto the pitch from the bench and that moment and lifting the Cup were feelings that I will never forget,” Ailie explained.

“To have won the Cup and with the game being on TV was great enough, but to have some of my family there and to win it with some of my friends who I have come through the age grades with [back-row Emily Armstrong and centre Abbie Baillie] made it extra special - what a day!”

Join the Ladies XV to celebrate their great season at the WFC End of Season Awards Dinner on May 31 - tickets from watsoniansrugby@gmail.com