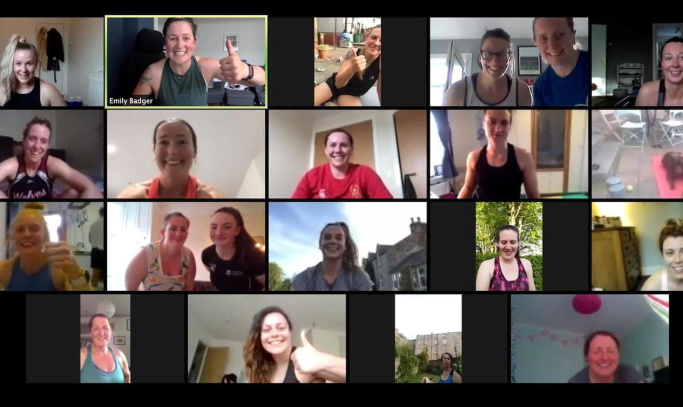 We catch up with Charlotte Runcie, Freddie Main and Alice King...

The Women’s XV have not played a match since March 8 last year, but they have worked hard at keeping in touch and keeping fit together since then.

Outdoor training sessions led by the coaching team at Craiglockhart - when they were allowed - were great for squad morale.

However, during the various lockdown phases the group have had to think outside the box to keep things ticking along - and winger Charlotte Runcie has played a big part in that.

As a qualified Personal Trainer she has taken it upon herself to run Zoom fitness sessions for the other Women’s section members as well as players from Broughton Women with whom the club have a good relationship.

“It has been a tough time for everyone, we are all missing being together as a squad and playing matches, so I have just tried my best to help out where I can,” Charlotte, who is 27 and originally from Ordiquhill in Aberdeenshire, said.

“I floated the idea with some of the senior players about doing some fitness sessions on Zoom and they gave me the thumbs up so during the times when we have not been able to train in person I have offered them to the players and they have been going well.

“I have managed to set-up a bit of a gym in my flat which has been good while there is no obligation for people to attend each session and people just get involved when they can.

“It has also been nice to offer the sessions to our friends from Broughton and as well as keeping everyone fit we also have a good laugh and a chat while I try to keep the sessions fun and mix things up a bit.

“The feedback has been good so we will crack on with the sessions until it is safe to train as a group again.”

Back in January 2018 the former Garioch player Charlotte suffered a bad injury to her left knee away to Stewartry in the league. She tore her PCL, ruptured her MCL and there was a partial tear of the ACL which meant that she was out for some time.

The way she battled back to fitness to play her part in recent trophy successes is testament to her fighting spirit and Charlotte added:“I can’t wait until things return to ‘normal’ and we can build on what we did before Covid-19 came as a team.

“There is such a buzz around the group and a lot of talented players so to be back at Myreside playing a game and then enjoying the company of our club mates afterwards is the goal just now.” 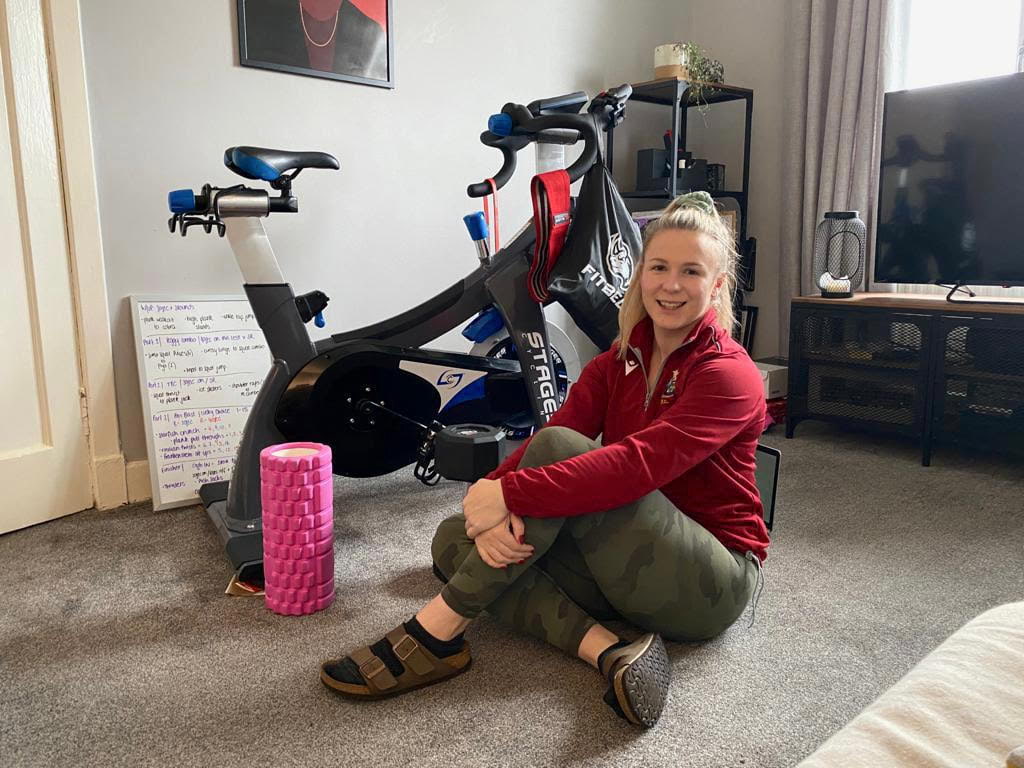 Women’s XV Head Coach Freddie Main has been impressed by the squad’s resilience over the last 10 months or so and said: “While this has been a trying time for everyone, the players at WFCW have remained as positive as possible and the leaders in the group have stepped up to keep everyone active, involved, and the spirits high!

“Chaz's online fitness sessions have been a real winner and helped folk stay in touch and maintain motivation to keep active together. With such uncertainty at present we have urged players to train for their well-being rather than for rugby - we can always re-build once things ease up and not everyone is in the same situation.

“These are great examples of rugby not solely being about what happens on the pitch, and they exemplify the WFCW values of Welcoming, Family and Committed.” 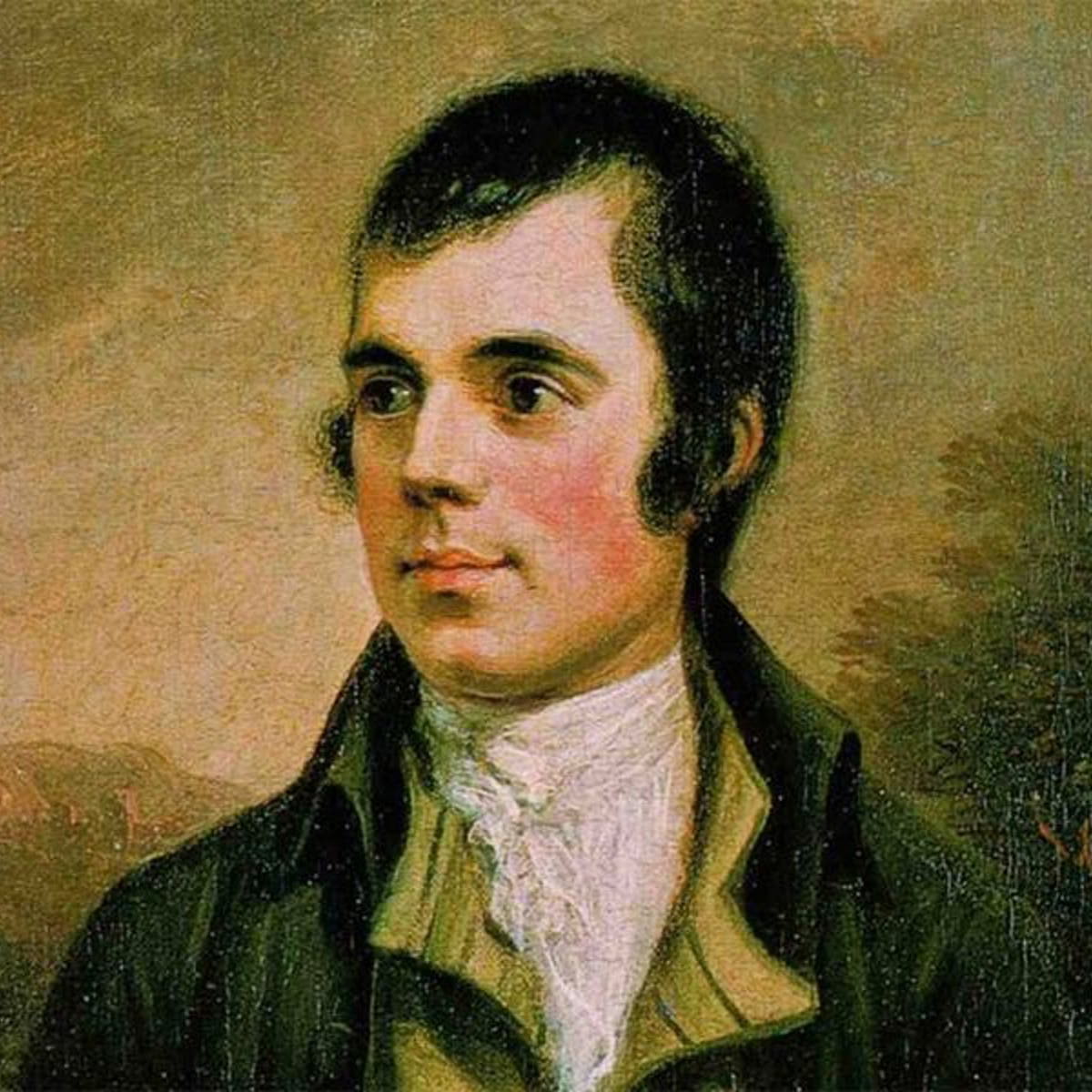 “I think this could be the best Zoom party yet”

Freddie mentioned the key role that skipper Alice King has played of late and many members of the Women’s section are looking forward to a Burns Supper with a difference tomorrow [Saturday, January 30].

On Charlotte’s fitness sessions the No.8 said: “Chaz always bring a different dimension to this team. The amount of time she devotes to the team is invaluable and I know that everyone really appreciates the ongoing motivation from her.

“The Zoom sessions have been a godsend to lots of the lassies through this tough time. Chaz has made the most out of a bad situation and everyone involved gets stuck in, gets a sweat on and gets to have a bit of banter and see their mates.”

She will be dropping the food off for the ‘virtual’ Burns Supper off at attendee’s houses and flats before the event and on the evening there will be toasts and speeches by the likes of Rachel Bragg, Alison Orr, Sarah Nimmo, Charlotte, Carly Lauder with a few games thrown in for good measure!

“Normally this is one of our biggest socials so it was tough to accept that we wouldn’t be swinging each other around at a ceilidh in the clubhouse and doing the second thing we do best - after playing rugby of course - sinking the beers,” Alice said.

“I am looking forward to this one nonetheless. It will be great to celebrate Rabbie as we normally do.

“I have set up a virtual dinner party and will be cooking a four course dinner for 20 of us with the help of Casey [Homewood] on sticky toffee pudding and Hannah [Davisson] and Bry [Nelson] on the favours.

“It will be the same style of a restaurant take out dinner where you finish it at home with wine and beer too!

“I think this could be the best Zoom party yet.”