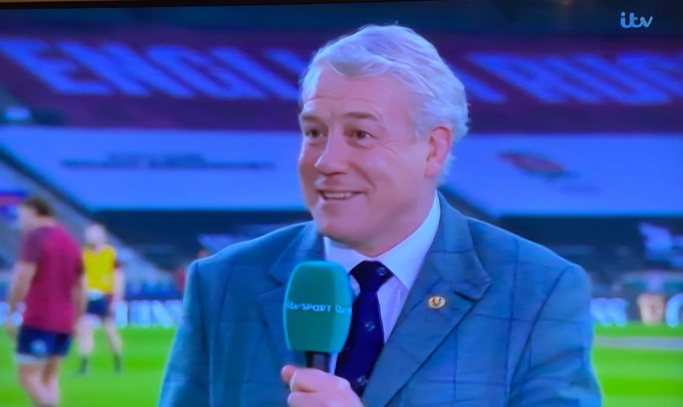 We catch up with WFC legend Scott Hastings post-Twickenham...

There were only a few Scottish journalists, broadcasters and photographers present at the behind closed door Six Nations clash between England and Scotland last weekend - and all at Myreside are delighted that club legend Scott Hastings was one of them.

Captain Stuart Hogg’s men became the first Scottish side for 38 years to win at the famous London ground and when the final whistle went Scott admits he was a little bit emotional.

“To be one of the few Scots there to witness it was very special,” the 56-year-old former Scotland and British & Irish Lions centre, who was providing commentary for ITV alongside Nick Mullins and ex-England skipper Lawrence Dallaglio, said.

“When Scotland managed to turn the ball over at the end and kick it out to secure the 11-6 win I must admit I was in tears. Lawrence was pointing at me saying ‘you are going to have to speak next’, but thankfully ITV had to go to a commercial break which was good because I would have been struggling – it just hit me and I was taking in the moment.

“You have to remember that in my first ever game against England in 1986 we won in Edinburgh and of course we won in the Grand Slam year of 1990, but in the nine other games in which I played against England we suffered quite a bit of heartache [one draw and eight defeats].

“Since then I have seen the team lose at Twickenham a few times when I was down there touring with other Watsonians members while I have commentated on the last few games at Twickenham between the teams now.

“The game two years ago, when England scored very late on to grab a 38-38 draw, was amazing, but this most recent one will live in the memory for a long, long time and I am pleased for Head Coach Gregor Townsend and everyone involved.

“After the game myself and Rory Lawson, who was working on the world feed commentary, walked out of the ground and, in normal times, we would have been hugging and celebrating with other Scots, but this time there was no one around!

“That made it a bit strange and it would have been so great to have been heading back into Richmond to meet up with the Watsonian crew, but it doesn’t take anything away from the magnitude of the result.” 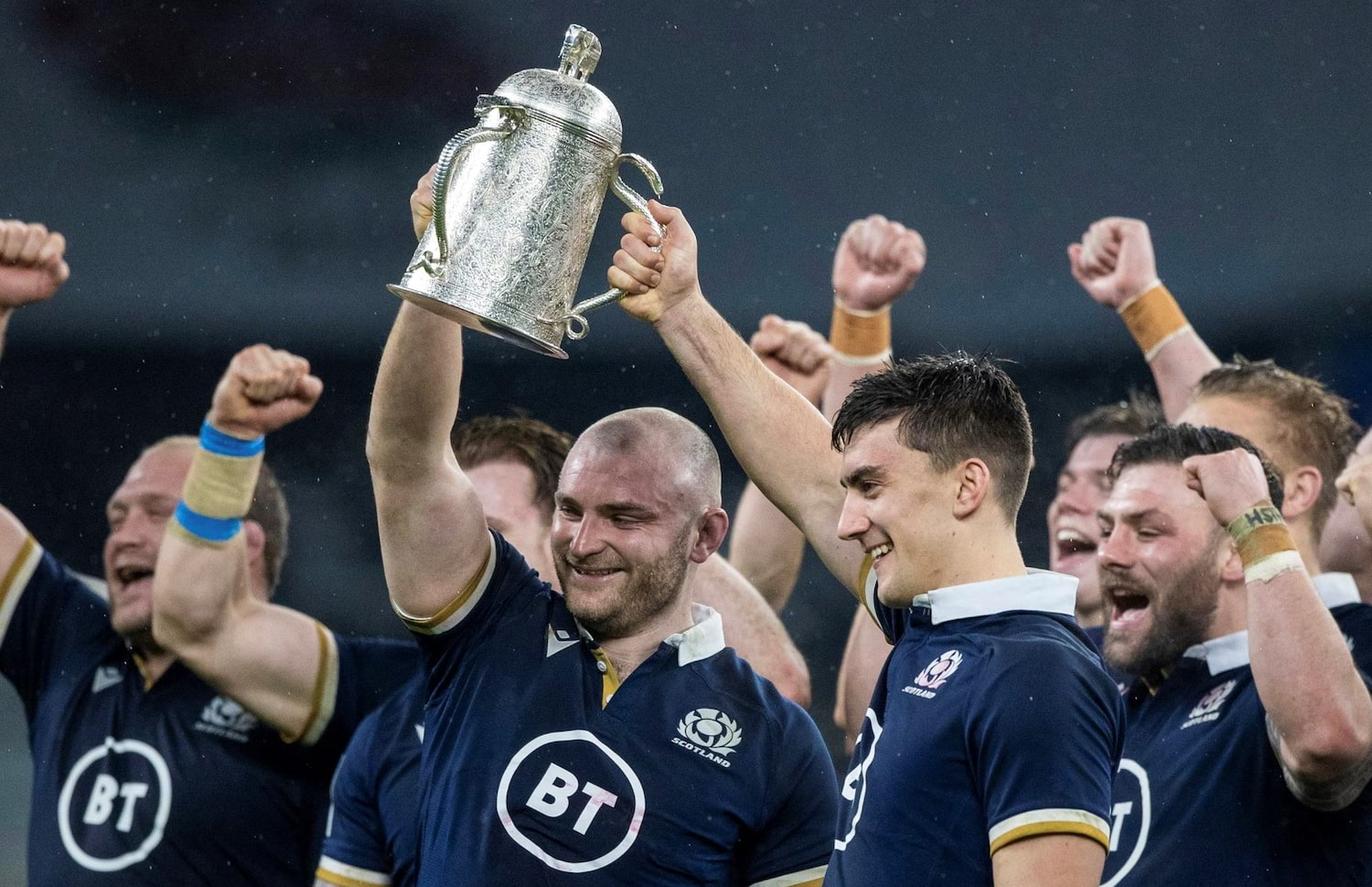 However, anyone who was worried as kick-off approached need not have been because they went on and delivered a performance build on solid defence and cohesion.

“Matt Fagerson’s very first carry from the kick-off set the tone at Twickenham,” Scott, who played 65 times for his country, continued.

“After around 25 minutes the possession stats were showing that Scotland were in charge of the ball for over 70% of the game and I just knew it was going to be their day because they were so controlled.

“When Finn Russell was yellow carded in the lead up to half-time you thought that England might come into things, but Scotland managed the period when he was off well and then just carried on with how they had played in the first half.

“The big players for Scotland like Jonny Gray, Hamish Watson and Stuart Hogg stepped up in this game, but so did people with less experience like hooker George Turner who had a perfect throwing day and debutante centre Cameron Redpath who we have to remember is just 21.

“The replacements, or ‘finishers’ as England Head Coach Eddie Jones likes to call them, also put in a great shift for Scotland and never let the momentum drop.

“The key for this team now is to back up the triumph with another against Wales at BT Murrayfield this coming weekend.

“Wales have a few injuries, but they are always tough opponents and I am sure the boys in the Scotland camp will have parked last week’s win quickly and will be very focused on the next job in hand.

“I am looking forward to watching the match.”

If you want to see more of Scott check out his interview via Spill the Beans TV with Woody Morris (GWC class of 1989) and ex-Women’s XV player Viki Mendelssohn talking all things Six Nations, Street Aerobics and Mental Health here