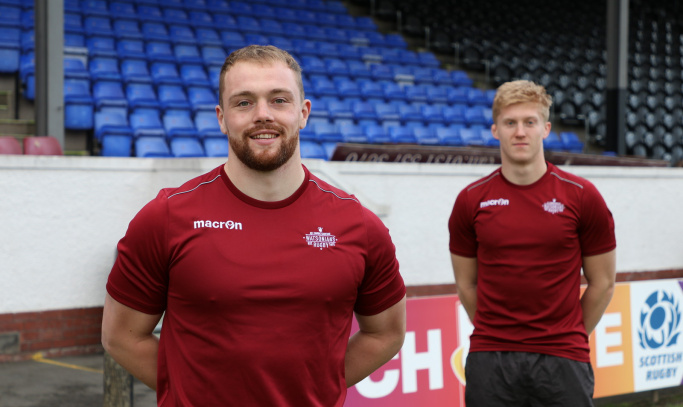 We catch up with new Super6 player Karl Main...

Watsonians Rugby are delighted to welcome back-row Karl Main into the Super6 squad.

Karl, 25, joins Watsonians ahead of the FOSROC Super6 Sprint Series having impressed last season with his performances for Loughborough University.

Originally from East Lothian, he is a strong ball carrier and previously played for Currie Chieftains, where he performed admirably in his late teens and early 20s.

“I worked with Watsonians head coach Fergus Pringle when I was a youngster, and again during his time as assistant coach at Currie, so it is great to have the chance to team up with him again and this is a really strong squad he has assembled at the club,” Main, a former Scotland age- grade cap, said.

“I rediscovered my love for rugby down at Loughborough last year after a spell away from the game and now I have relocated back home I can’t wait to play at a Super6 level.” 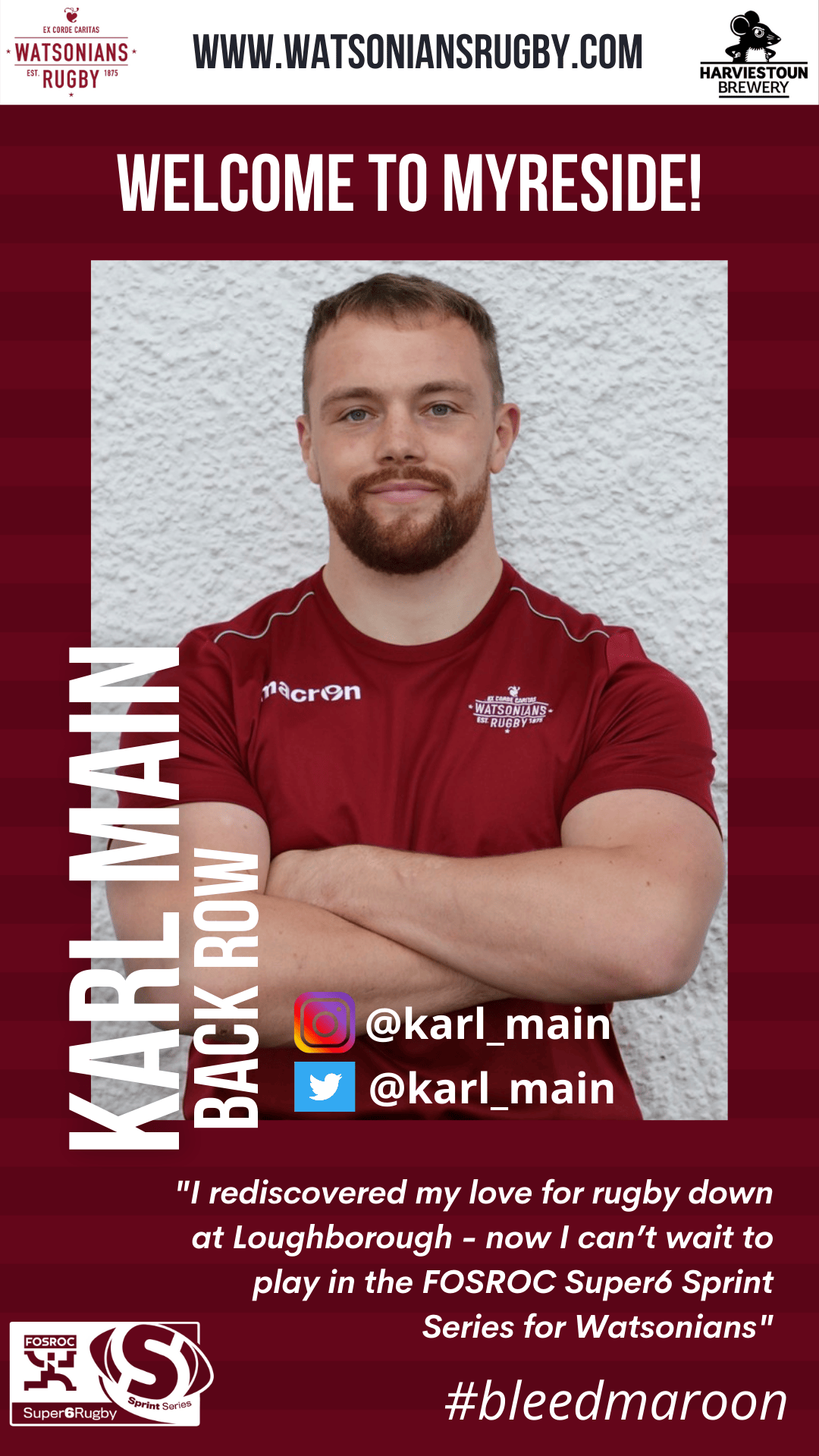 Karl took up rugby when he was a pupil at Dunbar Grammar School and some solid performances for the school team and at local club Dunbar, where he has just been appointed as the club’s development officer, earned him East Lothian recognition.

That is where he first crossed paths with Fergus who was then East Lothian rugby development officer and, from there, Karl moved to Malleny Park to play in the top flight of the club game.

“I moved to Currie in 2013 when I had just turned 18 and it was a step up for me at the time. I had a good few seasons there, playing alongside several of the guys currently at Watsonians, and I was also on the fringes of the Scotland under-20 squad at the time, but unfortunately never made the final squad in 2014,” he states.

“Injuries and increased university workload saw me step away from the sport after that for a while, but when I went down to Loughborough last year to study a Masters in Strength & Conditioning, I thought I’d give rugby another go as I’d heard great things about the university’s rugby programme and absolutely loved my time down there.

“I played for the university first XV in the BUCS Super Rugby competition [the top student league in the country] as well as in the National League competition at the weekend, and they were both a good standard.

“Heading into this year I am feeling as fit as I ever have and there is a great buzz among the squad, so I am excited for the next few months and the Sprint Series.”

Watsonians Super6 head coach Fergus Pringle said: “It’s great to welcome Karl to Watsonians and he’ll add to our depth in the back-row.

“Karl brings a real physicality to everything he does on the pitch and he's been working hard during pre-season. I’m sure he’ll make a big contribution to the squad on and off the pitch.”

​Match report: Away win at Millbrae gets season off to a great start