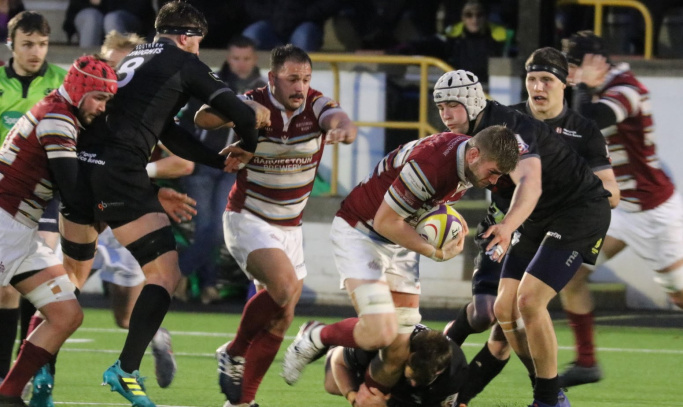 Head coach Fergus Pringle has praised his side’s defence as they repelled the Southern Knights for long periods before going on to score two late tries and win the FOSROC Super6 opener at The Greenyards 14-13 on Saturday.

The visitors were 13-0 down after 58 minutes, but came back with converted tries in the 63rd and 69th minutes to seal an away win in the new-look competition.

“Our defence was outstanding, we only conceded one try and that was when we were down to 14 men, I think that defence won us the game,” Pringle said.

“When we were 13-0 down with three yellow cards having had to be dealt with I wasn’t sure if we could go on and do it, but the boys really stuck in.

“We were lucky, we gave away a lot of penalties and you don’t normally give away that many and win.

“In the second half we started to get a foothold in the game thanks to our kicking game and kick chase and although the Knights scored a try the boys didn’t panic.

“We then managed to take two chances when they came along and the win gives us something to build on.”

His opposite number Rob Chrystie said: “Credit to Watsonians, I thought they were pretty physical with some big old units and they took their chances.

“They rode the storm at the right time and were a bit more accurate when they got into our ‘22’.

“It is going to be scary from our perspective looking back at the video and seeing how often we got into their ‘22’ and didn’t get over the line, so that’s something for us to work on.”

Get down to Goldenacre on Sunday, November 17 to see the Super6 team in action away to Heriot’s at 2pm