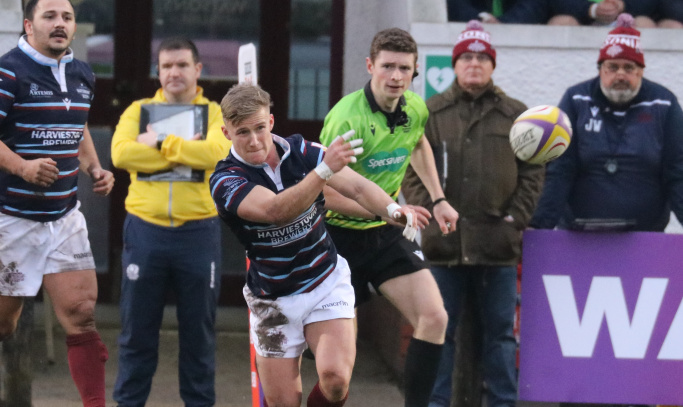 Find out who is in the matchday squad to play away to Stirling County on Saturday...

Head coach Fergus Pringle has named his starting XV and bench as the Super6 squad prepare to take on Stirling County on Saturday at Bridgehaugh (3pm).

As the team look to stay top of the FOSROC Super6 there are five changes to the starting XV from the side that defeated Ayrshire Bulls last week.

In the pack Brian Leitch comes back in the second-row while James Miller replaces Connor Boyle, who is on Scotland under-20 duty, in the number seven jersey.

With Roan Frostwick, last week’s player of the match, also with the under-20s Murray Scott comes in at scrum-half while Lewis Berg and Andrew Chalmers start in the centre and on the wing respectively.

On the bench, Gregor Nelson, Ali Harris and Kody McGovern are added.

“We need to focus on doing the basics well”

Ahead of the game, Pringle said:“We are looking forward to the challenge of heading up to Bridgehaugh to take on Stirling on their own patch.

“They are a tough proposition at home as they showed against Heriot’s and they consistently create opportunities off the back of a solid set piece platform.

“We need to focus on doing the basics well to improve on our performance levels from last week and give ourselves a chance of coming out on top.”

The 1st XV squad is available via the club’s social media channels today, they are at home to Ayr on Saturday at 3pm 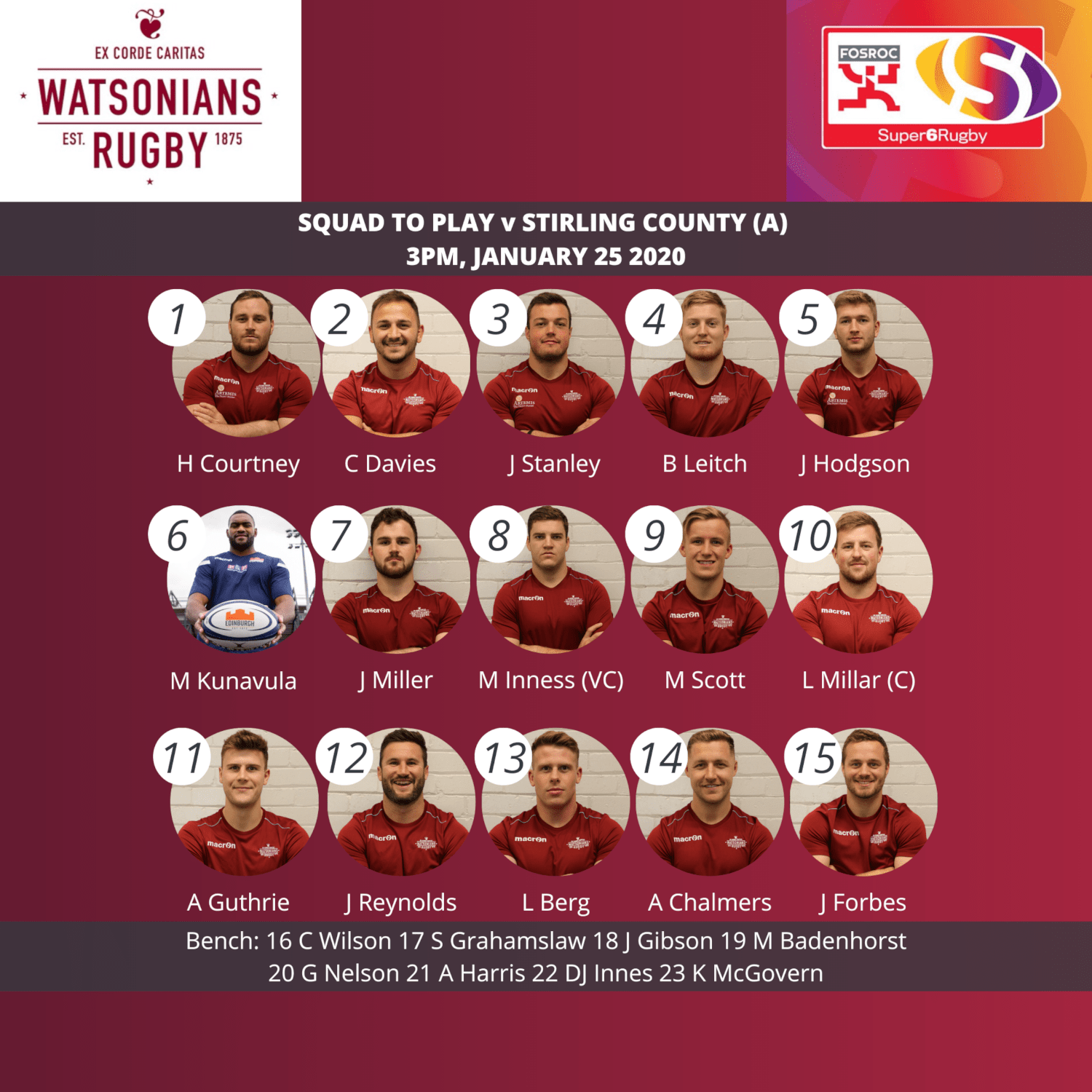