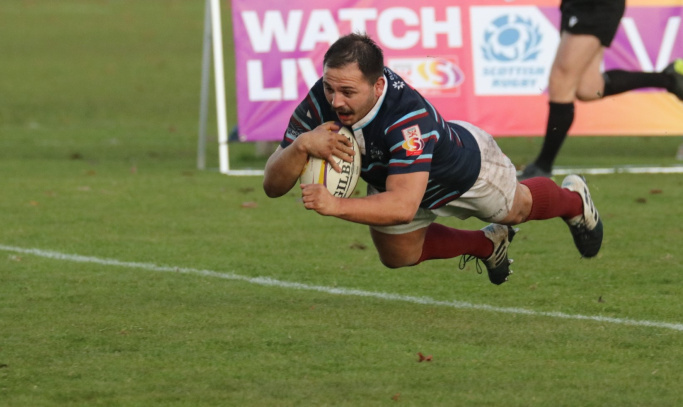 The Watsonians squad are now the only team with two wins from two in the FOSROC Super6 and are top of the table after a 32-17 bonus point win away at Goldenacre against Heriot’s on Sunday.

In front of 1, 235 supporters and the Scottish Rugby TV cameras the match got off to a fast start, but as the 10th minute came and went it was still 0-0.

Two minutes later ‘Sonians did open the scoring with a cracking try, a nice break from full-back Jamie Forbes putting winger Lomond Macpherson in for his first try this season. Skipper Lee Millar converted and it was 7-0.

In the 20th minute Heriot’s were level when full-back Rory McMichael scored a try, converted by scrum-half Alex Ball.

Five minutes later ‘Sonians were back ahead when centre Joe Reynolds scored a superb individual try.

He chipped the ball over an onrushing defender and then regathered to go in at the corner. It was unconverted.

It would be Heriot’s who led at the break though after an entertaining first half, a Ball penalty being followed up by a try by back-row Scott Riddell.

Ball converted and it was 17-12 to the hosts and very much game on.

Six minutes after the interval Watsonians were level when some lovely footwork by winger Angus Guthrie saw him go over for a try on the left.

It was unconverted by stand-off Millar, but the visitors were into their stride now and had their tails up.

A second try came from Scotland under-20 cap Macpherson in the 54th minute to give the team a four try bonus point and a 22-17 lead.

Six minutes later Heriot’s replacement Michael Liness was yellow carded for tackling vice-captain Morgan Inness off the ball and stand-off Millar banged over the resultant penalty to make it 25-17.

In the last quarter Watsonians brought on a number of replacements to freshen things up, but in the 72nd minute it was one of the starters who got try number five.

Hooker Cal Davies was the man scoring it an when Millar converted it was 32-17.

That was the way that it stayed despite a late yellow card for replacement loosehead prop Finn Hobbis and it was another fine away day to add to the one at The Greenyards last time out.

Reynolds was named FOSROC man of the match for his well taken try and all-round good showing while Davies, second-row Jamie Hodgson and Macpherson also stood out. 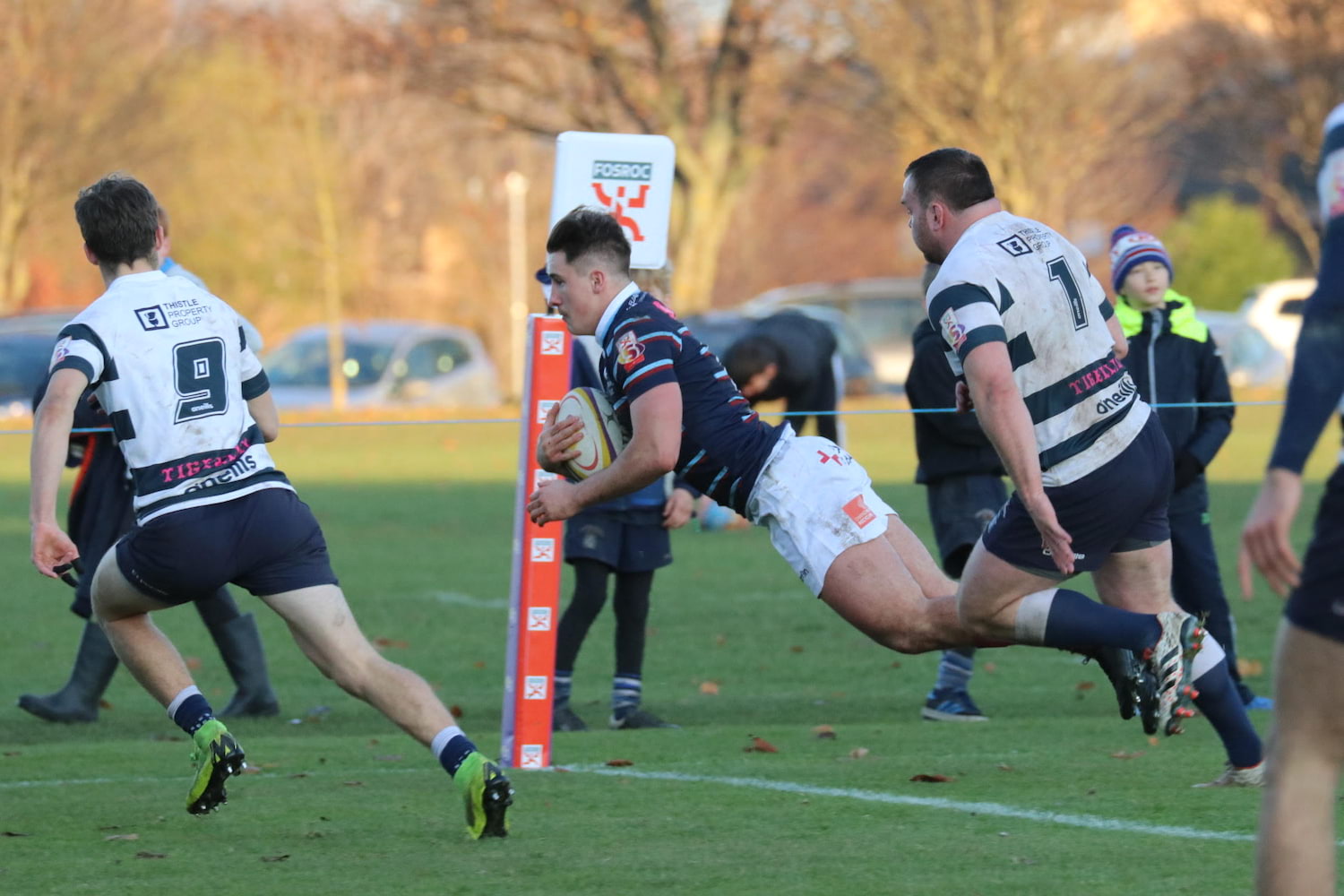