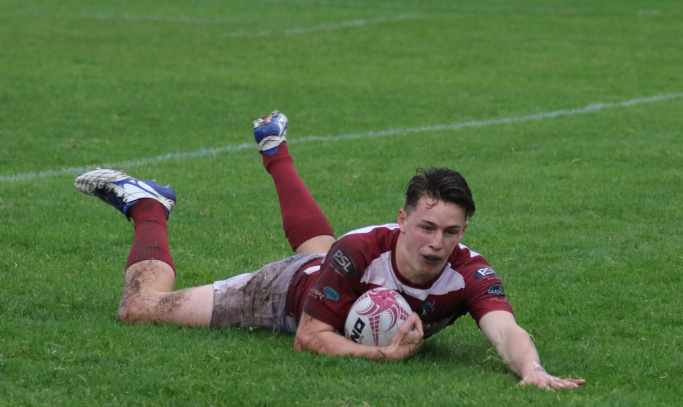 A busy day in the rugby calendar with the Super6 team playing Ayrshire Bulls in a friendly, a Rugby World Cup Final and more importantly the club playing Kelso at first and second team levels on Saturday.

We would have had four teams out, but Linlithgow called off a hastily arranged fixture against our third XV, citing lack of players, which was interesting because none of their teams were scheduled to play!

Anyway the Club first XV kicked off at 2pm in horrendous rain which thankfully eased as the match wore on. We soon fell foul of the referee and Kelso stand-off Craig Dods, who kicked well all day, slotted a penalty to give the visitors a 3-0 lead.

Home full-back Kerr Stoddart soon equalised for the home side as Kelso strayed offside. The club then took the lead as centre Thomas Klein found a gap in the Kelso defence and outpaced the cover to score a fine try, Stoddart converted and we took a 10-3 lead.

Soon afterwards, No.8 Stuart Allison went over in the corner after some good work by the forwards, Stoddart could not convert, but at 15-3 we looked comfortable. We then gave a couple of soft penalties for offside which brought the score uncomfortably close at 15-9.

Stoddart, however, kicked a penalty for us and soon afterwards centre Matt McPhillips plucked a Kelso pass out of the air and ran half the length of the pitch to score under the posts. Stoddart converted and we went in at half-time 25-9 up.

The second half opened with Kelso scoring a try and converting it to bring the score to 25-16. Our lack of concentration at times can be quite disconcerting as to be honest Kelso had, up that point, rarely threatened our try line.

Captain Chris Bell then secured us a try bonus point as he scored our fourth try which Stoddart converted to move us comfortably on to 32-16 ahead. We had a purple patch after this as Stoddart kicked a penalty and then Allison, industrious in the back-row all day, crossed for his second try which Stoddart again converted.

The score was now 42-16 and on the sidelines we thought we might get the half century, but on the pitch things took a different twist. We conceded another penalty which Dods this time kicked to the corner and from the lineout Kelso drove over our line. Dods converted and, at 42-23, Kelso thought they were back in it. We needed to get the ball and hold onto it and play in the right areas and we started well by forcing a good position deep in their half.

A lineout led to a series of scrums close to the Kelso line. Our scrum had been strong all day, but the ball popped out the back when we were all set for a play and the Kelso scrum-half was quick on it and relieved the pressure and with it went our last chance for a score. Back came Kelso and one of their larger forwards trundled through a gap to score under the posts, Dods converted with a drop goal and it was now 42-30 and Kelso sniffed a try bonus point and perhaps a victory.

On the touchline, we now thought it might be a repeat of the Gala game as opposed to us bettering our points differential. We held on, however, and the match ended with a Kelso knock on and a final whistle.

The plus points from the match were another home win with a bonus point, no injuries, the return of our Croatian internationals Kresimir Coric and Lucca Russo, a home debut for young Cameron Scott at scrum-half, a strong scrum and a boost before the away matches at Heriot’s and Biggar, both flying high in the league at the moment.

The second XV also won and they have players who might soon be knocking on the door for selection higher up. Our thanks to the supporters who braved the conditions to come and watch us, to the groundstaff who did an amazing job to have the pitches fit to play after the overnight rain and school matches and to all our volunteers who do so much to ensure that match day goes smoothly. 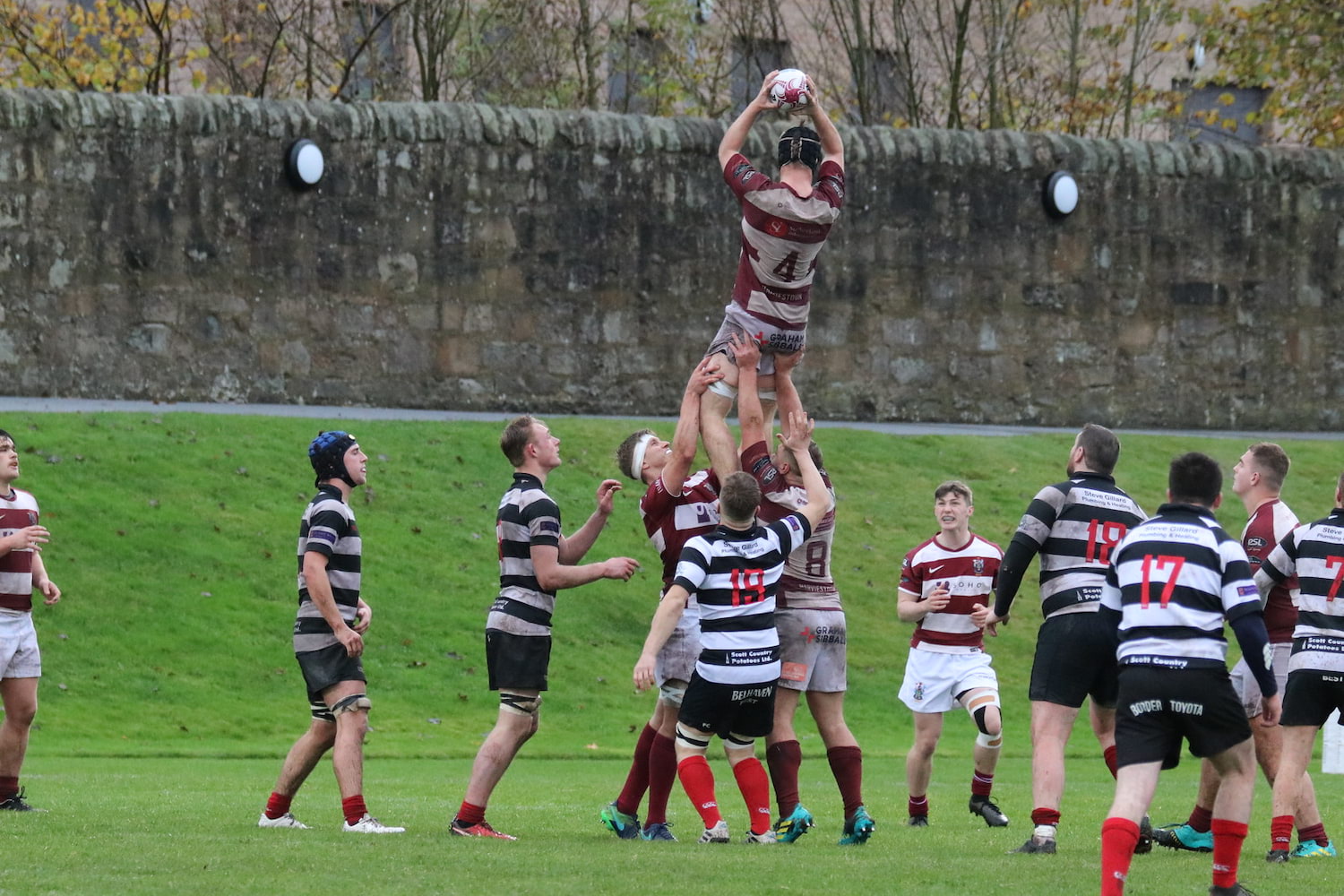