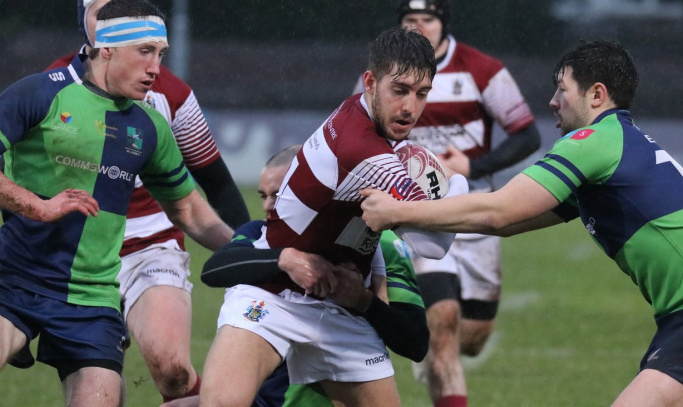 Watsonians made it five home wins from five in the league last Saturday with a 24-20 victory over Boroughmuir to leave them 14 points clear of their local rivals in the table.

Callum Lauder and Stuart Allison (2) scored Watsonians tries and Kerr Stoddart kicked nine points in tricky conditions at Myreside as they held on for a crucial four points.

“We were 14-0 up early on and looking good, but ultimately ‘Muir played better in the second half and we struggled to close out the game in appalling conditions,” head coach Bruce Ruthven said.

“I was please we got the win which we deserved overall.”

The result leaves the 1st XV seventh in the table on 27 points, Biggar are out on top on 50 as the season enters the second half.

This Saturday the 1st XV are at Myreside again to take on Ayr who are ninth in the table.