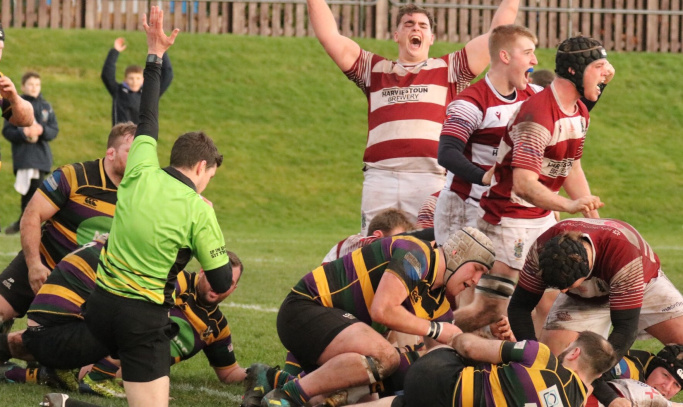 The Club XV remain unbeaten at home in the league after a tough match against a mature Cartha side.

Despite missing four regulars due to injury and unavailability the young Club XV mounted a spirited comeback to share the honours against a strong - by their own admission - Cartha team.

A good start by the home team saw them camped within the Cartha ‘22’ for the opening 10 minutes but rather like Scotland no try came despite the pressure and instead we coughed up the ball and a penalty to Cartha.

They relieved the pressure and, using their big pack and the hefty boot of their stand-off, they got themselves into good field position and went over for their first try. hey could not convert but added a penalty to take themselves out to 8-0.

Watsonians at this stage were a little flat without any of the sparkle seen so far in their home appearances. Andrew O'Neill at No.8 departed with a head knock and Lachlan Gaddie came on for his debut and also his first game in 18 months after recovery from injury.

From another period of pressure though Cartha conceded a penalty which skipper Chris Bell duly kicked and, with half-time approaching, we managed to grab a try through Callum Lauder at openside flanker. Bell could not convert but both teams went in at 8 apiece.

The second period started with Cartha in ascendancy and their pack rumbled over for a try a couple of minutes into the half. They converted this and not long afterwards, Bell had his pass intercepted and the Cartha player ran half the length of the pitch to score. Importantly they could not convert, but the score was now 20-8 and it was important that we were next on the score board. Back-row Stuart Allison, consistent as ever, then went over to take it to 20-13, but Bell could not convert.

Then came a great try for Cartha as we kicked downfield and their winger gathered and scorched up the touchline, showing great pace to touch down in the corner. No conversion but four tries to Cartha and a lead of 25-13.

Our young side showed great resilience and struck back with some slick handling from Bell and replacement Jamie Stephen and full-back Lewis Jamieson. A try looked likely under the posts, but the Cartha stand-off cynically knocked on. The home crowd thought penalty try and red card, but the ref had other ideas and only awarded a yellow card.

We kicked to the corner, but made nothing of it and the chance looked gone but from another break we worked winger Corann Henderson over and took the score to 25-18. The urgency in the game was now all with the home team and we pressed for another score.

Cartha were now restored to full strength, but we showed more ambition and, in doing so, a Cartha centre again deliberately killed a move with a cynical knock on.

No certainty of a score this time and the referee once again went to his pocket and showed the recalcitrant offender the yellow card. Inspired by this we moved forward and the unstoppable force that is Allison got the ball over the line after a series of forward ‘pick and goes’. Bell kept a cool head to slot the conversion to bring us level.

Cartha kicked off to us, could we get the ball and go down and score?

Unfortunately, we conceded a penalty and Cartha kicked to the corner and put us under pressure. Good defence kept them our and turned them over and the boys attempted to run the ball from their own in-goal area, but a forward pass brought the game to an end.

Man of the Match: L Gaddie 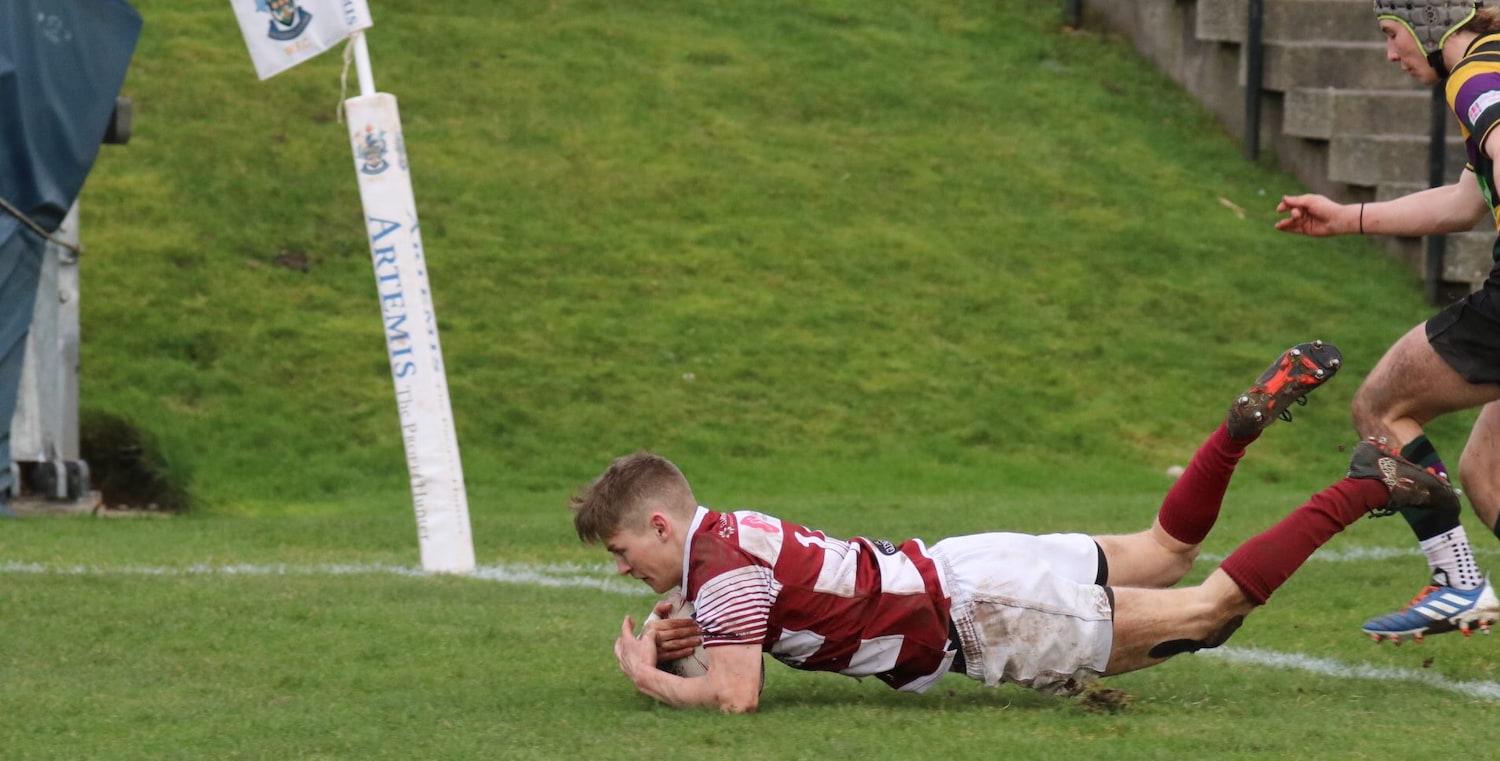