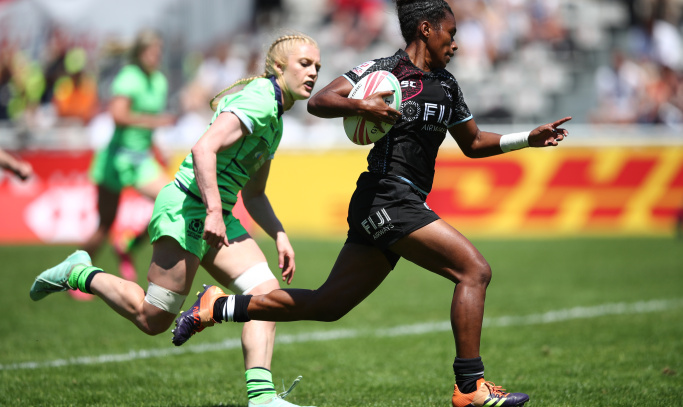 Scotland Women Sevens are heading off to Marcoussis near Paris this weekend for the first Rugby Europe Grand Prix event of 2019 - and Watsonians’ Megan Gaffney will be a key player.

The Scots go to France off the back of good showings in Hong Kong in April and Biarritz earlier this month.

At the former event they just missed out on qualifying for the World Sevens Series as a core team for 2019/20 while at the latter tournament they became the first ever ‘invitational’ side to win a tie at a World Series event.

That victory came against Ireland while the team also drew with England with Megan scoring a try.

Ahead of this weekend she said:“I think the last time I played in a Grand Prix event was 2015, so I am just excited to see how the team can do. We have shown we can be competitive against these better teams and now it is just about going that step further and getting some more wins.

“We got a lot of confidence from going so well against England and Ireland, I am not sure we expected it as they are full-time teams, but we know we can do it now and it is just about putting in those performances consistently.

“Scoring against England was cool and I think it made the highlights reel for day one of the Biarritz event which you never imagine seeing yourself on.

“I think a lot of credit has to go to the players inside me for their hard work, I was just in the right place at the right time.

“I think that [being a fancied/favourite in some ties] is something we are still getting used to, we are not used to that coming from Scotland, but we are learning ever single game and half the battle is ‘being there’ mentally.

“In a weekend with a number of ties you are up and down and all over the place and I think the squad are growing and learning to deal with that better.”

Sevens squads spend a lot of time together on the road and in between ties and Megan has revealed that the squad (pictured below with New Zealand) have started their own band thanks to the promptings of winger Rhona Lloyd.

“I think more rehearsal time is required, but we are getting there and we are starting to produce originals as well, maybe it’ll be an album next!

Whether or not the band make the big time remains to be seen, but Megan and co are certainly keen to make some noise on the pitch in Marcoussis.

For the upcoming event on Saturday and Sunday, there are four changes to the Scotland squad that went to Biarritz.