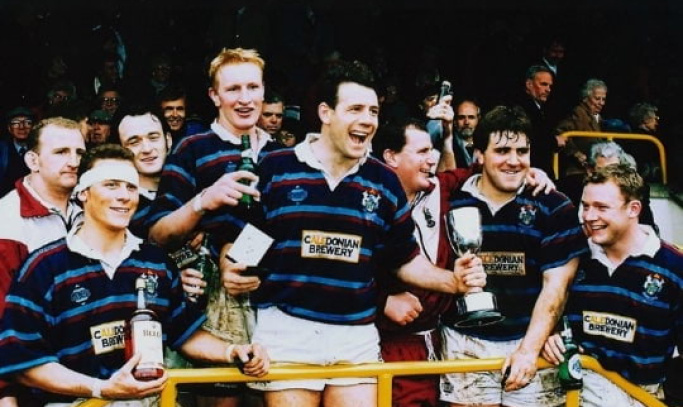 We look back at the great day at The Greenyards with some of those involved...

Scott Hastings had some high points in his illustrious rugby career with Scotland and the British & Irish Lions, but he admits his Melrose Sevens winners medal takes pride of place in his house.

It is now 24 years today [April 13] since Hastings captained Watsonians to victory at The Greenyards in 1996 when they defeated Stellenbosch University in the final.

Early on that Saturday key winger John Kerr had to pull out of the squad because his wife Jill had gone into labour with their first child.

That child was Jake Kerr, who has become a rugby player himself and earned a Scotland cap last year (happy 24th birthday!), and Watsonians were left with a squad of nine.

The squad were ably coached by Kelso sevens guru Andrew Ker and players of the calibre of Hastings, Tom Smith, Cammy Mather and Duncan Hodge were included.

They all earned full Scotland caps in their careers - as did Grant McKelvey - and the group was completed by Gordon Hannah, Neil Burnett, Paul Raeburn and Gordon MacRaild.

Looking back on the club’s day in the sun Hastings said: “Wow - it was a very, very special day and something that I had dreamed about for many years, but did not think I would ever achieve.

“We had won the Gala Sevens the week before and whilst we thought we may have a chance, it takes a special team and a determination to deliver a winning performance - it is fair to say that the team delivered that day.

“One thing that does stick in my mind is that someone came into the changing and said that the way to beat Stellenbosch University in the final was to attack them up front. They had a couple of flyers so we had to deny them the ball and from that point on we completed outplayed them.

“It meant everything and the victory was so sweet as it was in the twilight of my career.

“To play for Scotland and the Lions is very special, but your club is where you start that wonderful journey. ‘Sonians had won the Premiership, but that Melrose Sevens medal is one of my most treasured possessions.

Mather, who made up the starting forwards with Tom and Gordon Hannah, added: “At the time it was certainly a highlight of my career. It was special for the club too as it had been many years since we had last won it and so many greats who had pulled on a maroon and white jersey who had never even come close to getting their hands on the trophy.”

Hodge, who kicked pretty much every conversion as Watsonians made it through the rounds, recalls:“I can remember seven of us playing every single minute and playing some great names in the final against Stellenbosch like Breyton Paulse and Bobby Skinstad.

“When the final whistle went in the final we knew we had achieved something special with a great group of players and people.

“It meant a lot because almost every year I used to go to The Greenyards and watch with my dad and saw Randwick with Campese and the great Kelso teams through the years. It is a hugely famous event and a privilege to win.”

Hannah, who many feel was the star player on the day, recounts: “In the final seconds of the final there were six Watsonians players pressing on the Stellenbosch line, they threw a long pass in the dead ball area, knocked it on and Duncan dropped on it to seal our win.

“I was standing between the halfway line and the 10 metre line covering any breakaway. When Duncan scored I just stood and looked around taking everything in.

“Winning the Melrose Sevens is one of the highlights of my rugby career and life.

“I have been fortunate in my rugby career to have travelled far and played with some great guys, but the squad we had that year were a fantastic group of boys led by Andrew Ker.”

MacRaild, a second-row in the XV-a-side game, never made it off the bench that day as previously stated. However, he still looks back very fondly.

“Personally I was proud to be a part of the squad, but I felt a little bit guilty for gaining a Melrose winners medal without actually playing,” he said.

“I felt happy, but also a little sad for John Kerr who had pulled out. It was an even greater achievement to win the tournament without John though as he was a fantastic sevens player.”

A day that will long be remembered at Myreside. 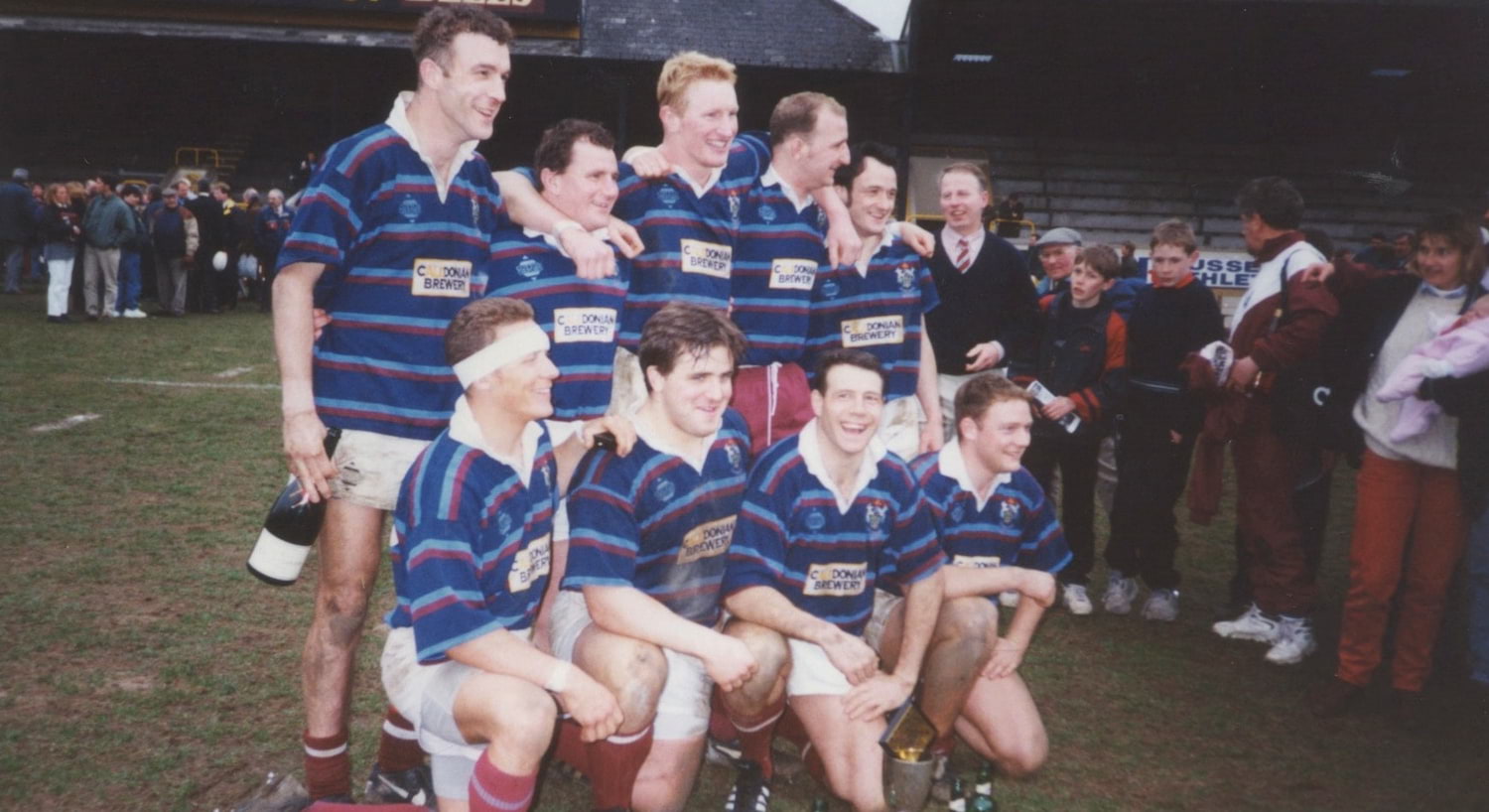