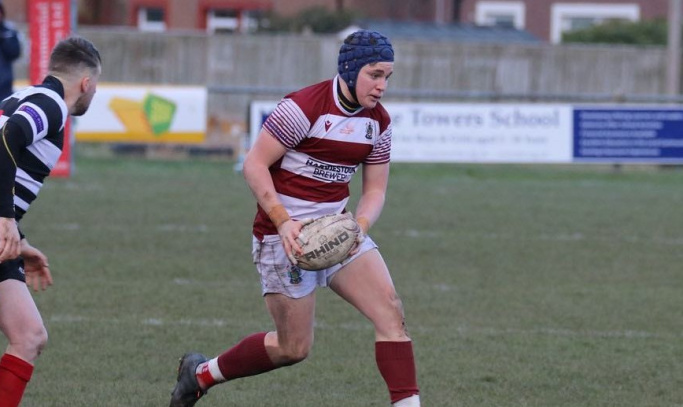 We catch up with 1st/2nd XV player Lewis Jamieson…

Young back Lewis Jamieson played nine matches for the WFC 1st XV and seven for the 2nd XV in a busy 2019/20 for him in maroon and white.

Given that he is only 18 and had just seven senior rugby games under his belt before he joined ‘Sonians, the Napier University physical health and activity student can be very proud of how he has adapted to life at Myreside.

“When I arrived in Edinburgh for university last summer my coach from West of Scotland [Millan Browne] had already pointed me in the direction of Watsonians and then I found out that [1st XV captain Chris Bell] was on my course,” Lewis explained.

“Everyone at the club made me feel welcome. I played one game for the seconds and then sat on the bench for the firsts against Stirling County before spending most of the rest of the first half of the season in the seconds.

“With a number of injuries in the first team squad I got a run of games in the team during the second part of the season at 15 or 13 and I really enjoyed that.

“Growing up I had mainly played stand-off, but I like those positions too and learning all about them.

“I had a great time at the club throughout the year just gone and I think what is great for us moving forward whenever rugby does return is that there are a lot of guys around the 18-20 age bracket who are learning together and growing into senior rugby - there is a lot to build on.”

Lewis began his rugby journey at Cumbernauld when he was about five-years-old, before he moved onto Stirling County.

“I then played at West of Scotland from about S2 age right up to senior rugby and loved it there,” he explained.

“While I was in the under-18s at West I was brought into the senior set-up because of some injuries and I played a few games during the second half of 2018/19 for them.

“At first it was a bit daunting coming off the bench for the West 1st XV in my first game at that level, but there were a few experienced heads in the team there and they looked out for me!

“I got tackled late at one point when I was playing stand-off in one of the games for example and straight away two of the older forwards were over making sure I was ok.

“In the end I played seven games for the 1st XV and it was a great experience for a 17-year-old.”